The next foldable smartphone will get announced on September 21. In case you’re wondering who’s it from, well, it’ll come from Royole. This is the company’s second-gen foldable, and we’re probably looking at the Royole FlexPai 2 here.

Next foldable smartphone is coming on September 21, from Royole

Some of you may say that the FlexPai 2 got announced already, early this year. Well, yes, it did, kind of… but not really. Royole did announce some details back in March, but not everything, not even close.

The company did say that the FlexPai will feature a new Fully Flexible Display (FFC), the third-generation Cicada Wing. Royole claimed, back then, that this is a huge improvement over the last generation.

The company also said that the device will feature a 7.8-inch display with an aspect ratio of 4:3. The Snapdragon 865 was said to fuel the phone, while LPDDR5 RAM and UFS 3.0 flash storage was also mentioned.

5G support was confirmed as well. That is basically everything that the company announced, though. It focused on the display, and some specs of the device. We did not get to see the phone back then.

This device was supposed to arrive in Q2 2020, but that didn’t happen

At that time, Royole was expecting to announce this phone in the second quarter of the year. It even confirmed that it’s coming in Q2. Well, needless to say, that did not happen.

We’re currently at the end of the third quarter of this year, and the phone seems to be coming, finally. The whole pandemic issue may have messed up Royole’s plans, but we’re only guessing.

So, how we know that the FlexPai 2 is coming on September 21? Well, the company released a teaser for a foldable device, while a well-known analyst confirmed it’s the FlexPai 2.

The company’s official teaser can be seen below this paragraph. As you can see, the foldable display is highlighted here, as is the date and time of the event. 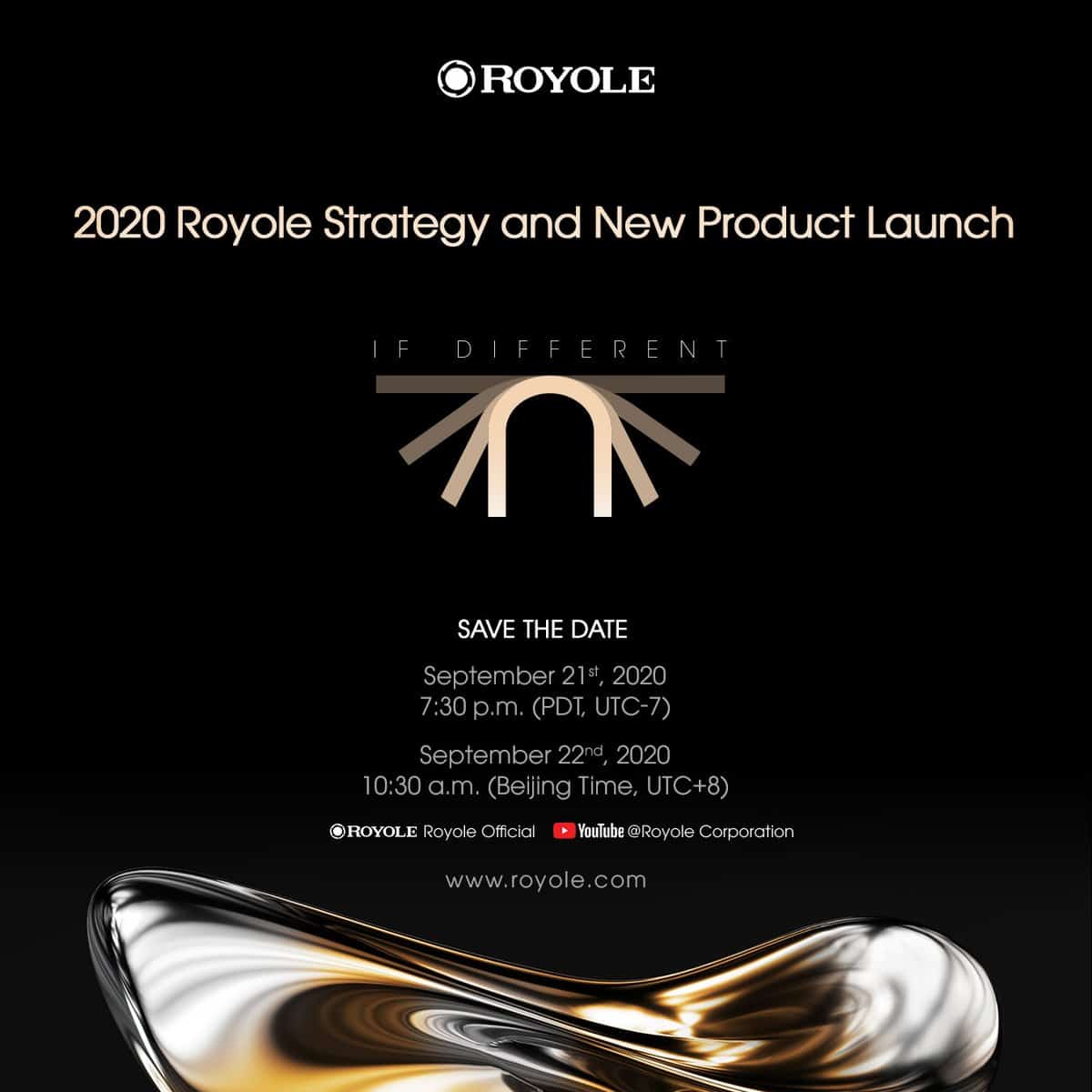 Ross Young, a well-known analyst, confirmed that Royole’s second-gen foldable smartphone is coming. He also said that the company made “a lot of impressive improvements”, so we’re kind of excited about this one.

The Royole FlexPai was actually the very first foldable smartphone. It had a number of issues, and we do hope that the second-gen model fixes the vast majority of those.