These two phones do have some things in common. It’s hard to deny that the Galaxy S20 FE is a more premium device, though. It’s more powerful, which is easy to notice by glancing over its spec sheet. Is it worth the extra money, though? Well, that’s the question that needs answering, as smartphones sure are not cheap these days.

As per usual, we’ll compare the two phones across a number of categories. We’ll kick things off by comparing their spec sheets, and then more to the design, display, performance, battery, cameras, and audio comparisons. That being said, let’s kick things off, let’s start the Samsung Galaxy A71 vs Samsung Galaxy S20 FE comparison.

Now, in terms of the design, the two devices are extremely similar. Both phones look like they’re are made out of metal and glass, but they’re not. The Galaxy A71 comes with both a plastic frame and backplate, while the S20 FE offers a metallic frame and a plastic back. Both devices offer thin bezels, and a centered display camera hole. Even the general shape of the two phones is similar, with identical curves on the edges. Their displays also feature rounded corners.

The phones are not identical, though. The display camera hole on the Galaxy S20 FE is smaller than the one on the Galaxy A71. Bezels are similar in terms of thickness, though not identical. The power / lock button is located on the right side of both phones, and the same goes for the volume up and down buttons. 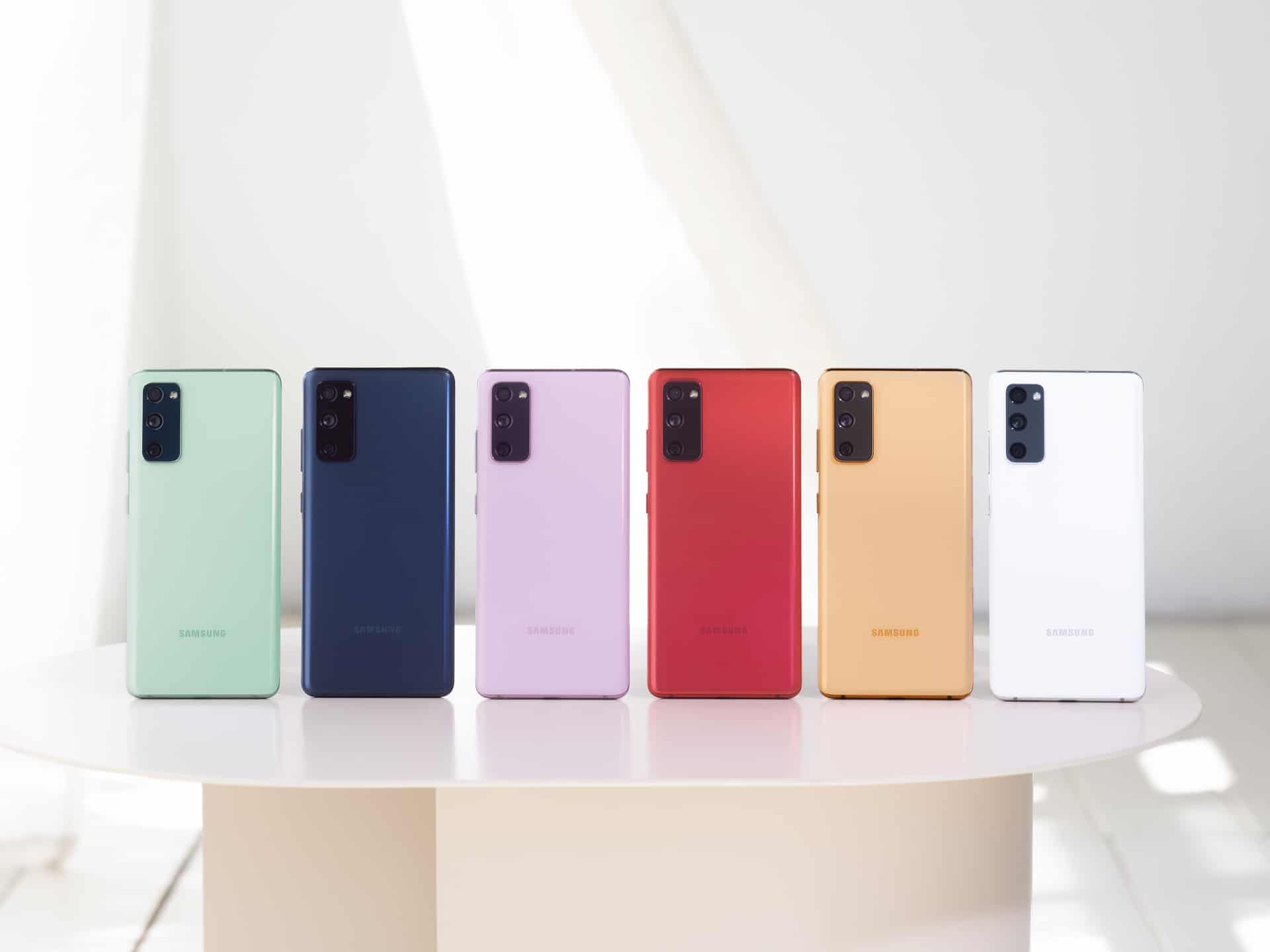 Samsung’s branding is present on the back of both devices. Both of these phones feature rear camera modules in the same spot. You will notice that they’re located in the top-left corner on both devices. The Galaxy A71 does include one more camera on the back, as it has four of them, but that doesn’t mean it can take better pictures. More on that later.

The display aspect ratio is the same on both phones. We’re looking at a 20:9 aspect ratio here. Both of these displays are flat, and both look really good. Black are quite deep on both displays, while you can also expect punchy colors. These may not be the newest or the best displays from the company, but they’re quite great, and very few people will have complaints. The Galaxy S20 FE’s panel is technically better, but if you don’t care about the refresh rate, the image shown isn’t all that much different. Also, if you care about HDR10 content, go with the Galaxy S20 FE, as the Galaxy A71 does not support it.

When it comes to performance, the Galaxy S20 FE is the better of the two, there’s no doubt about that. Don’t get me wrong, the Galaxy A71 is not a bad performer, quite the contrary, but if you put them side-by-side and try using them, you’ll see that the Galaxy S20 FE is in a league of its own. That is not surprising at all considering that it has a much more powerful processor on the inside.

Both devices will serve you really well in day-to-day usage, but the Galaxy S20 FE can load apps a bit quicker, and the same goes for games. You’ll also see less stuttering on the Galaxy S20 FE, that’s for sure. The device also allows you to play the most graphically-intensive games without a problem, while you may see some dropped frames with the Galaxy A71. These two phones are aimed at completely different types of consumers.

What about battery life, is the Galaxy S20 FE better in this regard as well? Well, no, not really. That is to be expected, though, as both devices have the same battery pack, and yet the Galaxy S20 FE comes with a much higher refresh rate, and a much more powerful SoC. Truth be said, the device does include a smaller display, but its display is not that much smaller, plus it has the same resolution as the Galaxy A71’s panel. 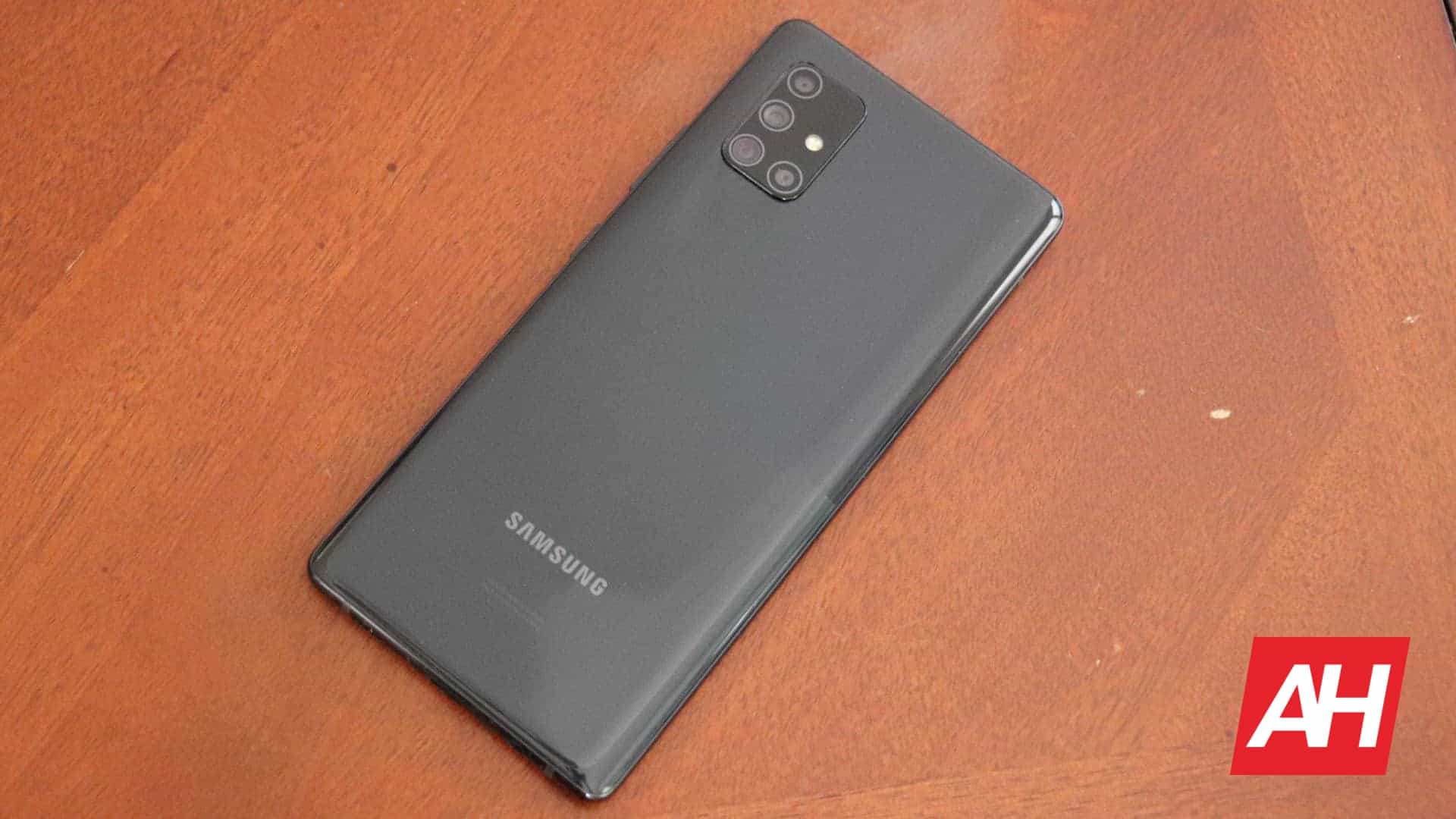 Truth be said, you can expect solid battery life on both phones, but the Galaxy A71 will be able to provide much more in that regard. Both devices include a 4,500mAh battery pack, which should be able to get most of you through a full day of use, even a bit more intensive use. The Galaxy A71 should be able to provide you a full day’s worth of use even on heavy use, but your mileage may vary. If you push your phone hard enough, pretty much every one of them can be left without juice earlier than expected.

When it comes to camera prowess, the Galaxy S20 FE takes the cake. This handset took the main camera from the Galaxy S20 and S20+, and we all know how capable that sensor is. It combines that with a 12-megapixel ultra-wide camera (which is not to the level of the one on the Galaxy S20+), and an 8-megapixel telephoto camera for 3x optical zoom.

The Galaxy A71, on the other hand, utilizes a 64-megapixel main camera, and it combines that with a 12-megapixel ultrawide sensor. A 5-megapixel depth camera and 5-megapixel macro camera are also included here. Both phones include a 32-megapixel camera on the front, in case you were wondering.

During the day, when there’s plenty of light, both phones are quite capable. Both can shoot images with great detail, and good dynamic range, though the Galaxy S20 FE does a better job in the dynamic range department. Images taken with that phone are slightly better during the day, but the real difference is noticeable when the light goes away. It simply manages to capture more detail, and it does a better job keeping the noise away.

Ultrawide camera performance is pretty much the same between the two devices, while the same can be said for their selfie cameras as well. When it comes to telephoto cameras, both are good in good lighting, but they do fall apart in low light, so you’ll want to use the main sensor in low light.