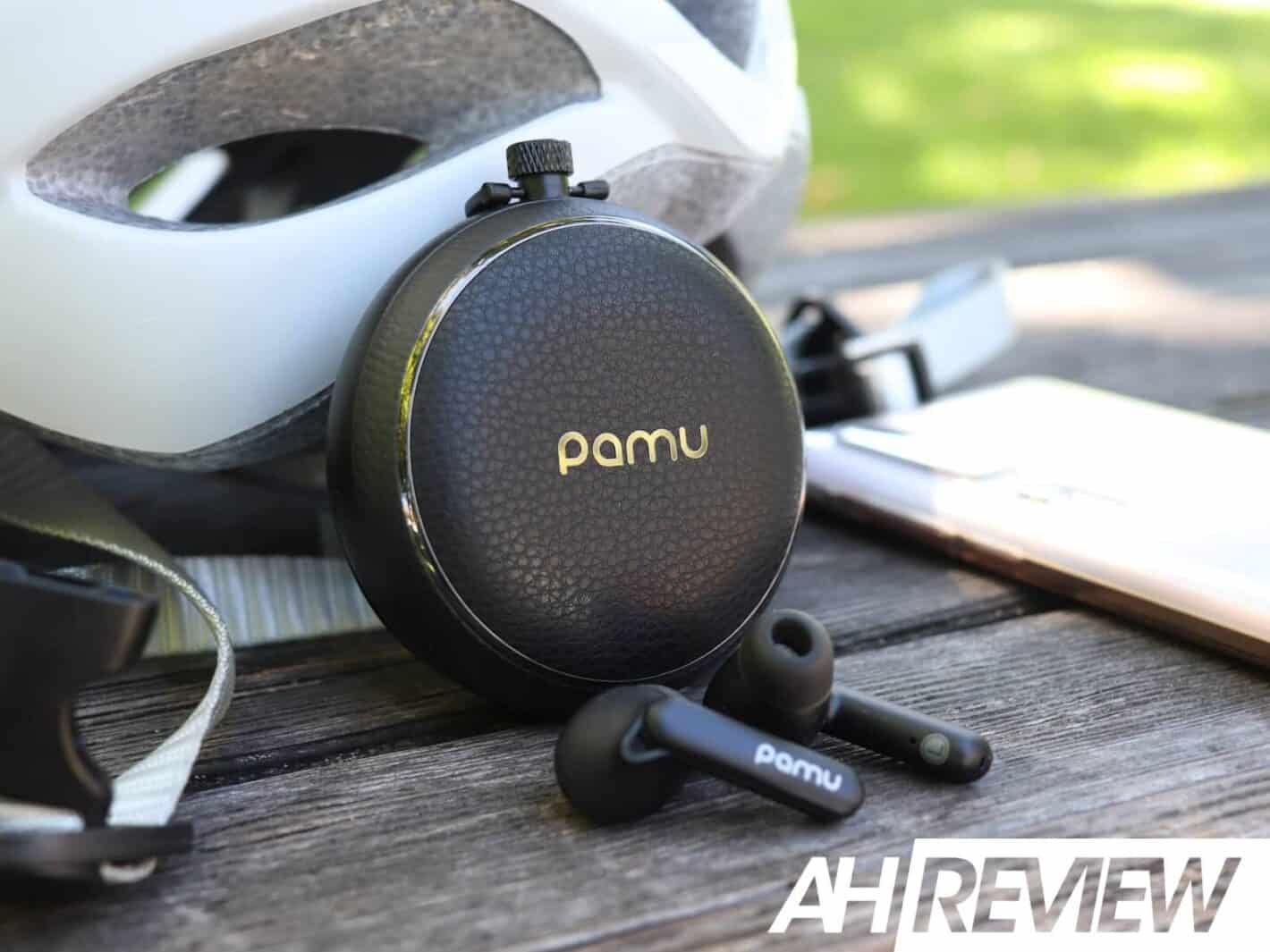 PaMu Quiet brings in a world-leading Qualcomm audio chip, ams noise-canceling, and Knowles mics for a truly great audio experience. But falls just short of being the best at its price.

PaMu is unquestionably one of my favorite brands when it comes to audio. The company has consistently launched headphones that offer clear, powerful audio without sacrificing on great features. And typically below the cost that would be expected. PaMu Quiet, recently launched to Indiegogo and sent out to Android Headlines for review, proves to be no exception to that.

There are, of course, some caveats to this device. PaMu Quiet is not the most intuitive headphones when it comes to charging, for example. And that can seem to take a long time. Battery life is not as long as some competitors. But, priced at just below $90 on Indiegogo — set to be priced at $159, when they launch outside of the platform — these are some truly great earbuds. Especially for the cost.

Not only did the company pull in some of the best companies around for hardware. PaMu Quiet is also dual-noise-canceling, with advanced drivers and codec support. They’re comfortable, eliminating discomfort that can build from the pressurization that often happens due to the seal created when wearing in-ear buds.

PaMu Quiet earbuds are easily going to be among the highest-value purchases that could be made in their respective market. So let’s take a deeper look at how they performed under review. 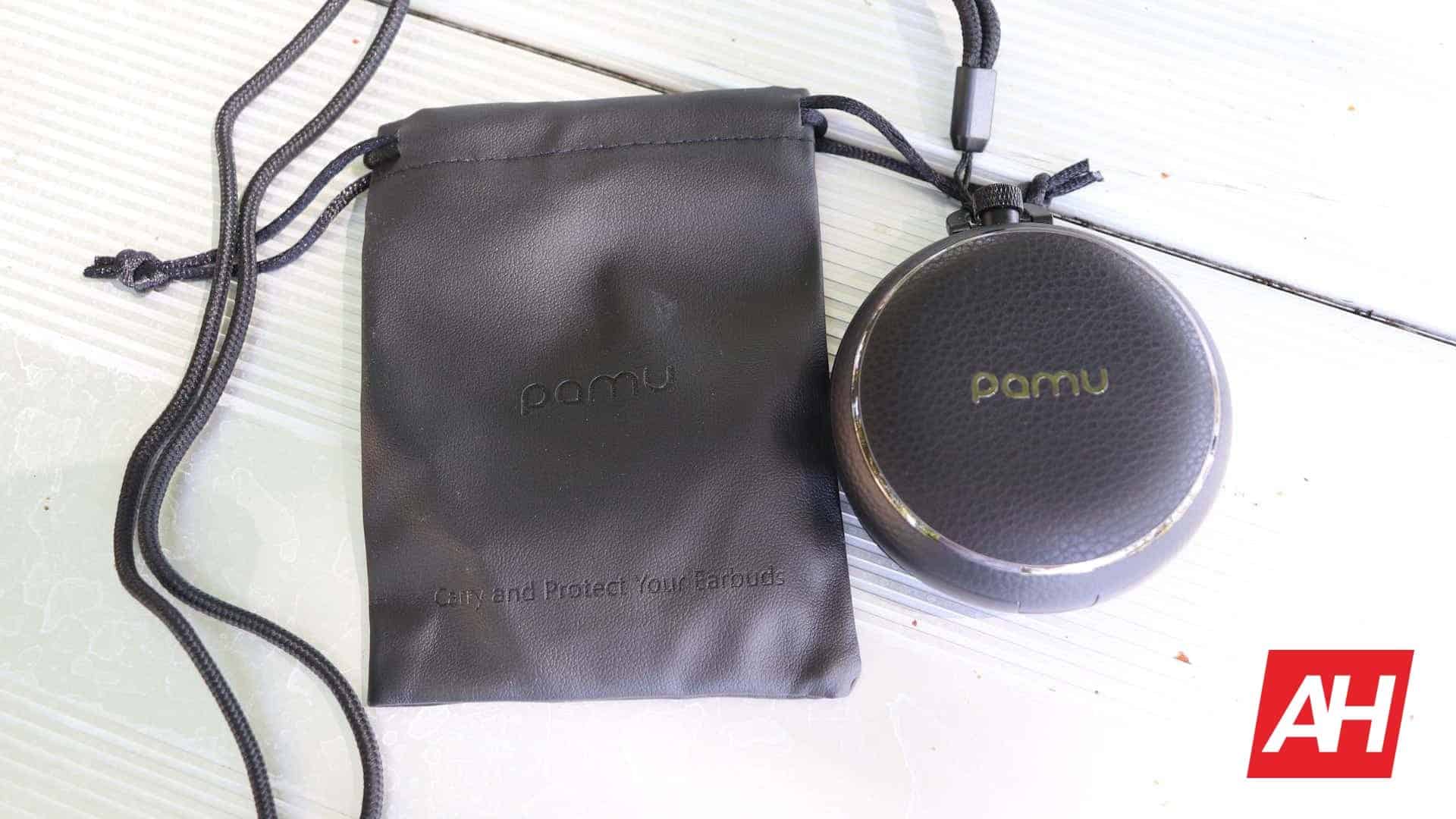 My initial impression of PaMu Quiet, upon opening my review unit, is that it’s very much like a pocket watch. That’s coated in leather material and contains earbuds that appear when the button is pressed. The carry case itself allows wireless charging. Both of the buds and the carry case.

The device is, on closer inspection, quite a bit thicker than that and a bit larger overall. About double what I’d expect in terms of thickness and maybe a third-again too large in radius. Regardless, that shape lends to an absolutely great in-hand feel and easy operation. As does the ring of light that appears in the silvery, metal surround on the front. That’s a half-ring that acts as a battery gauge. 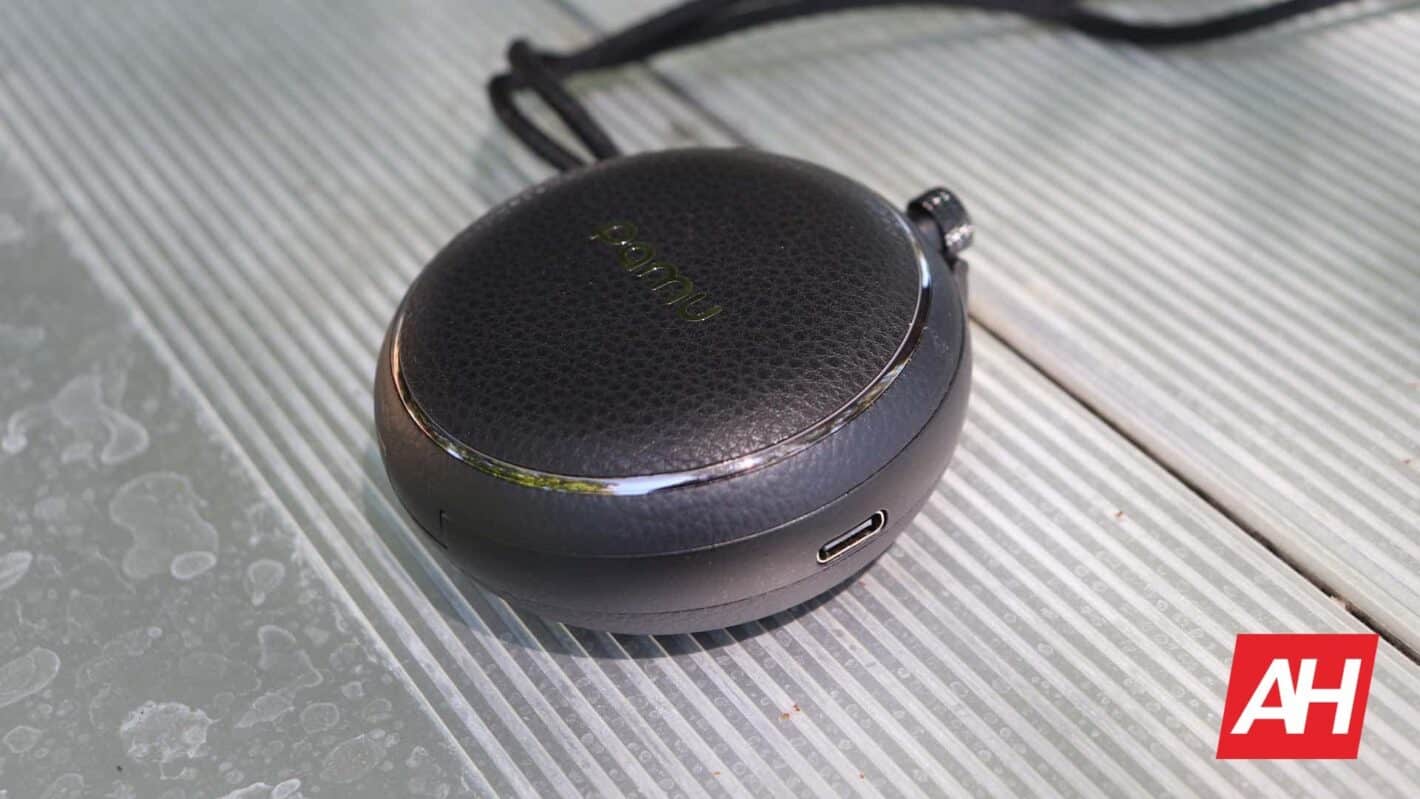 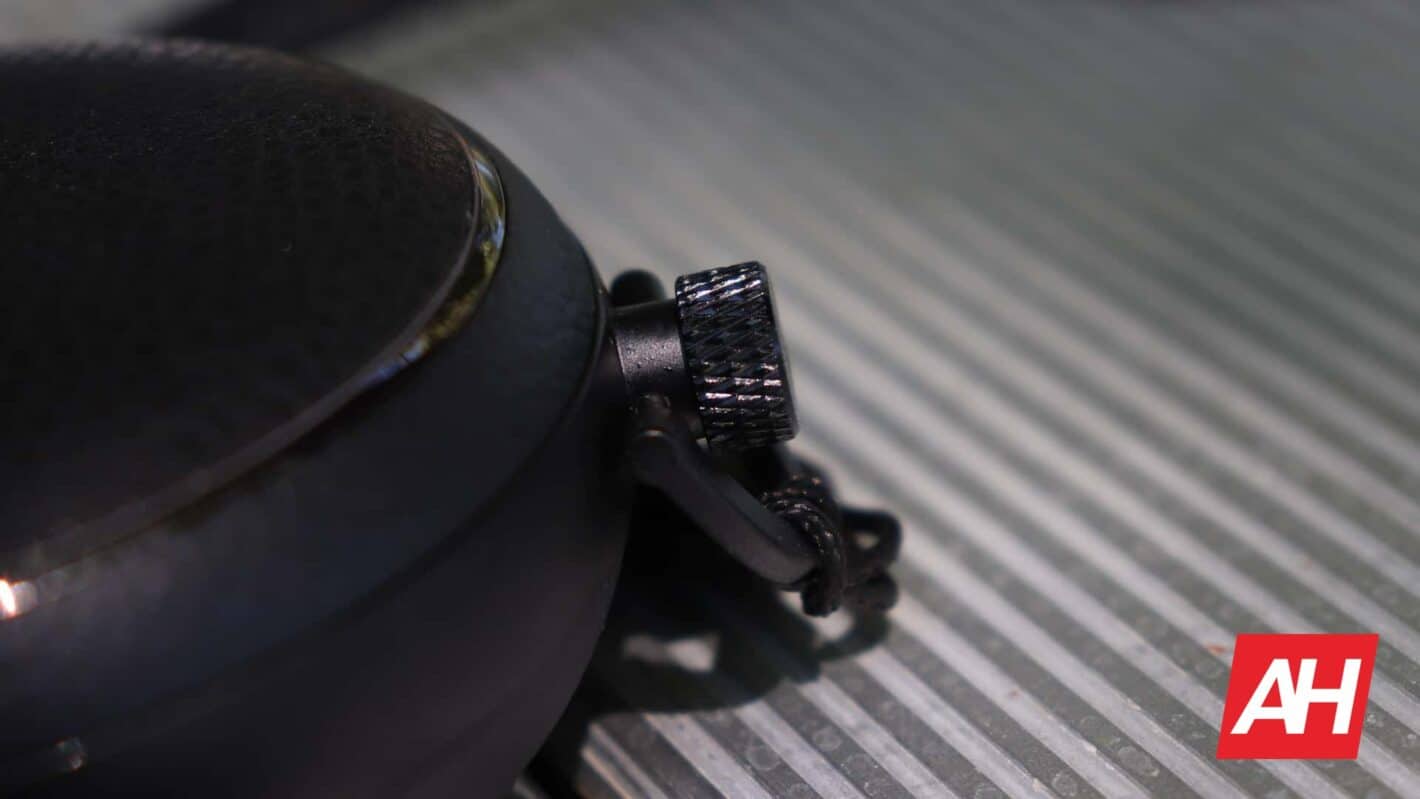 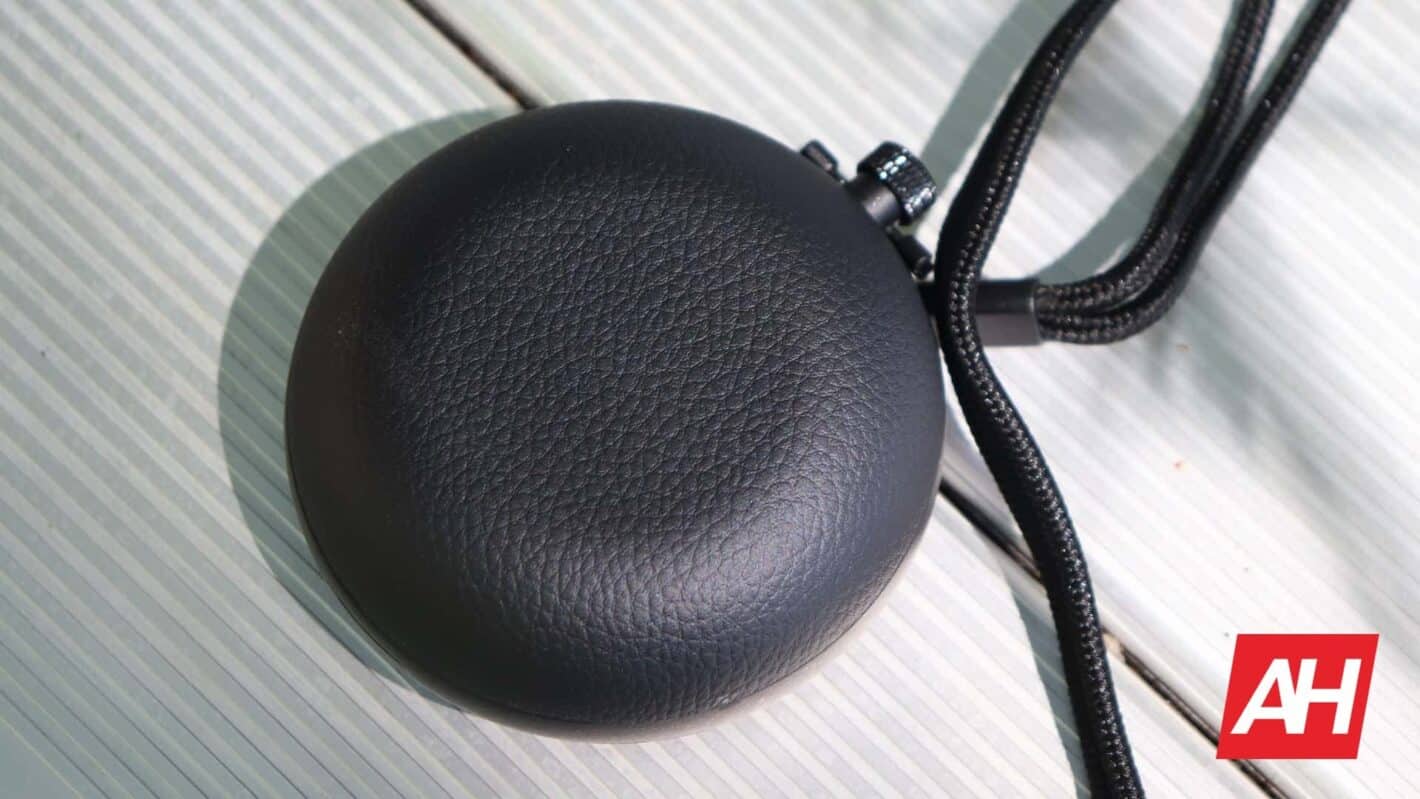 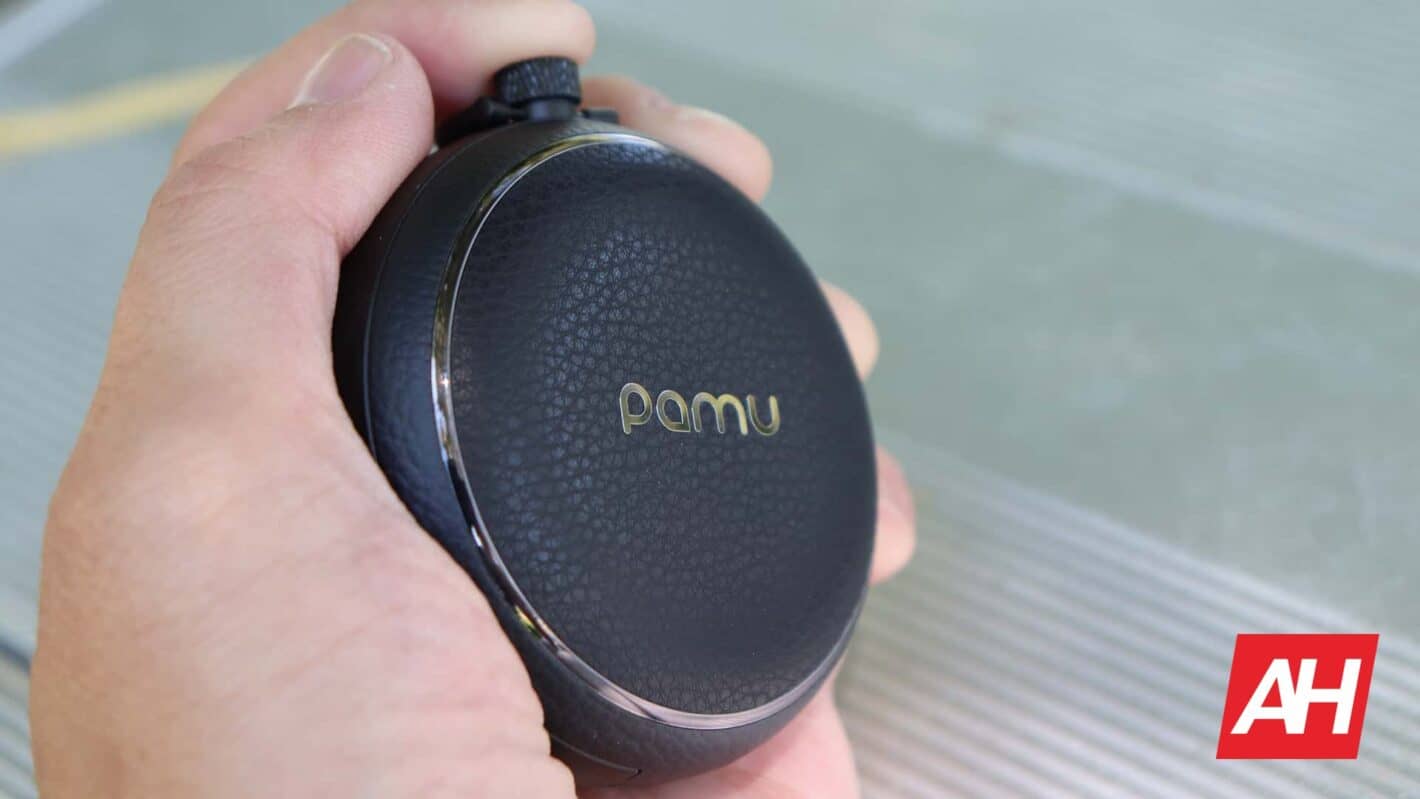 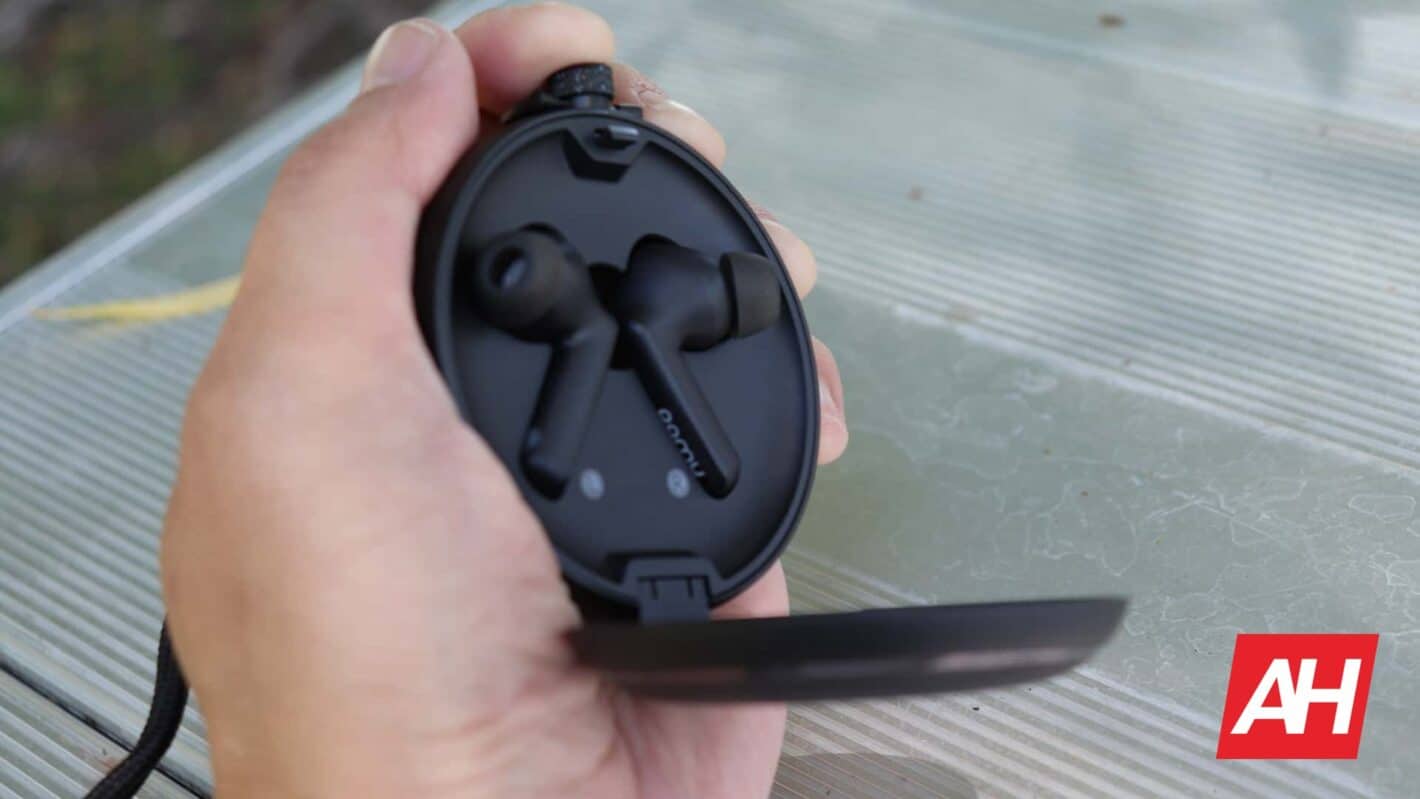 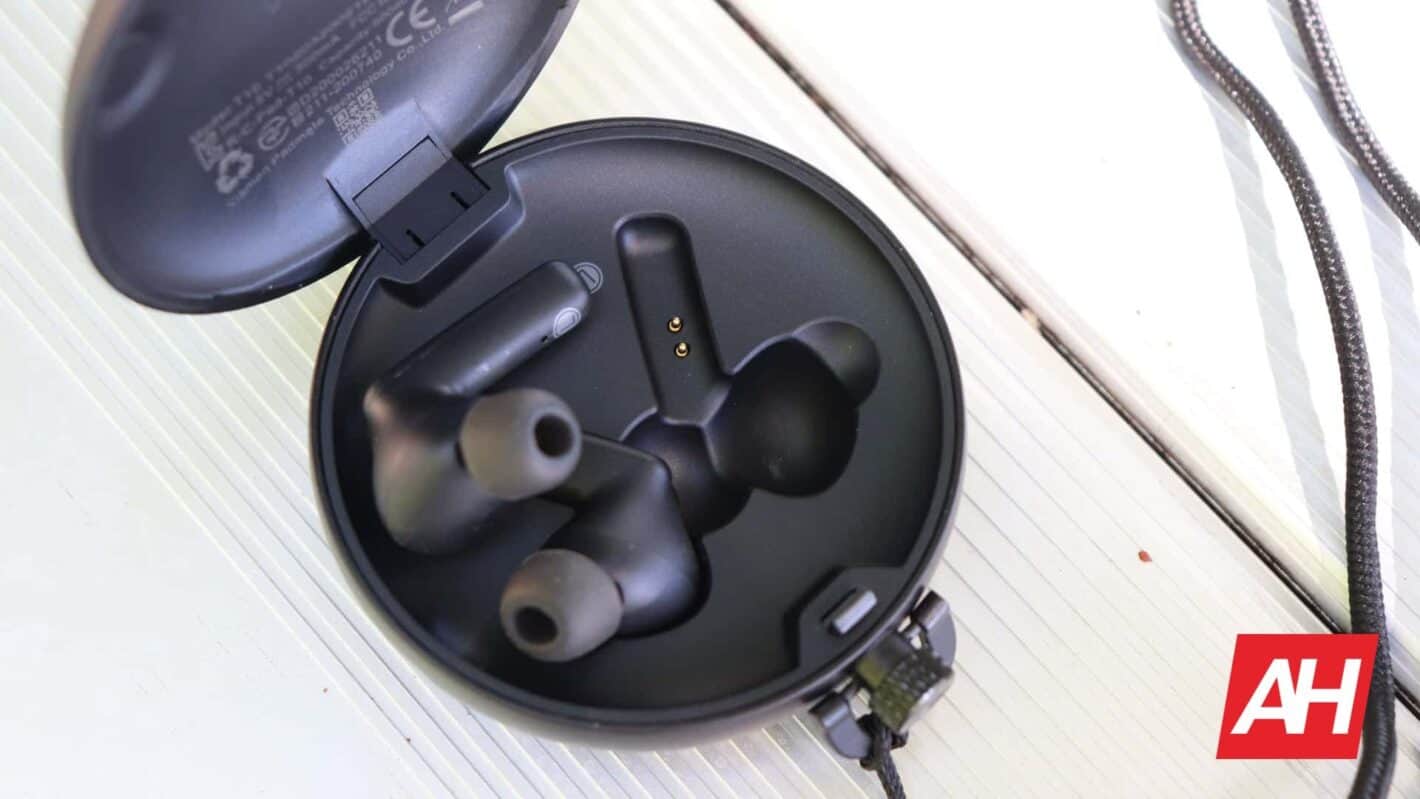 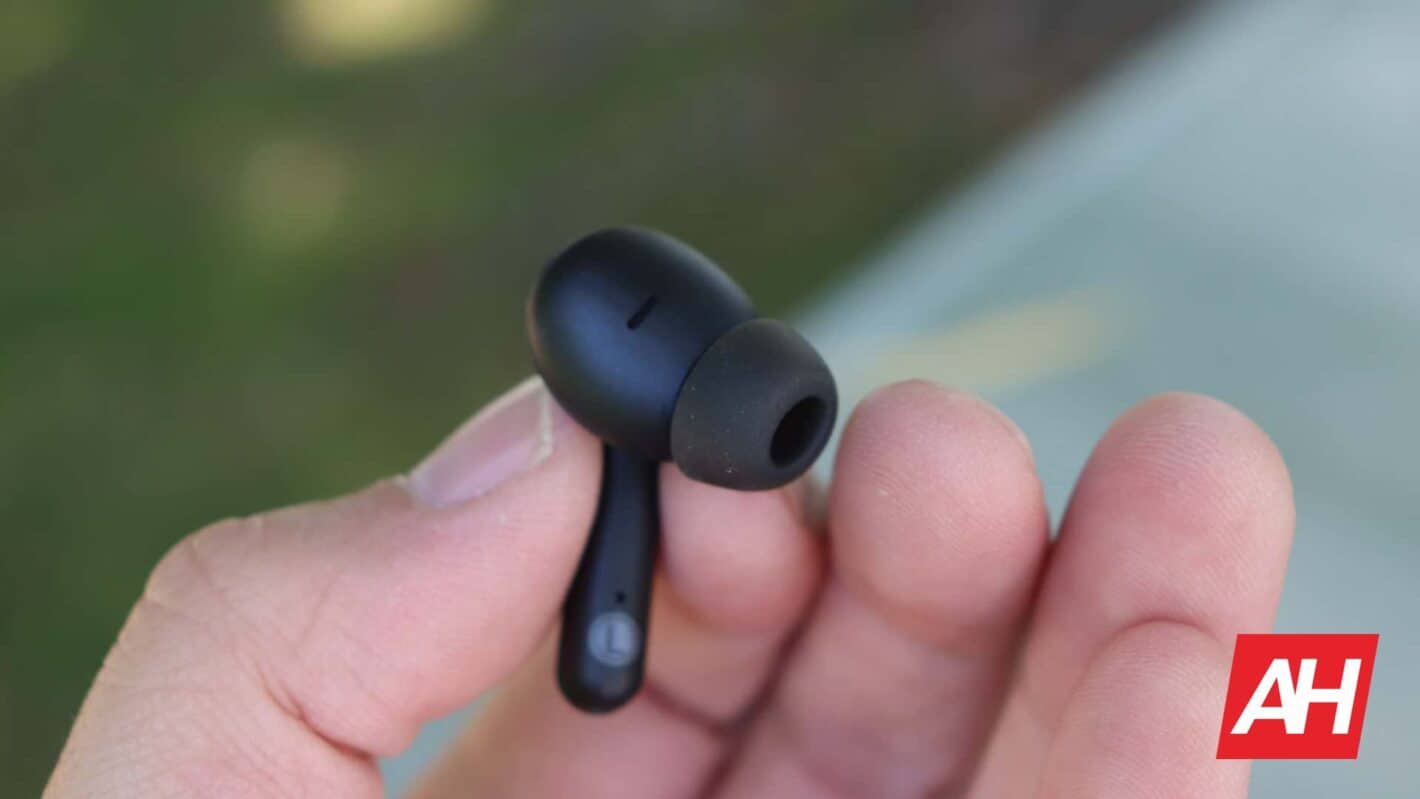 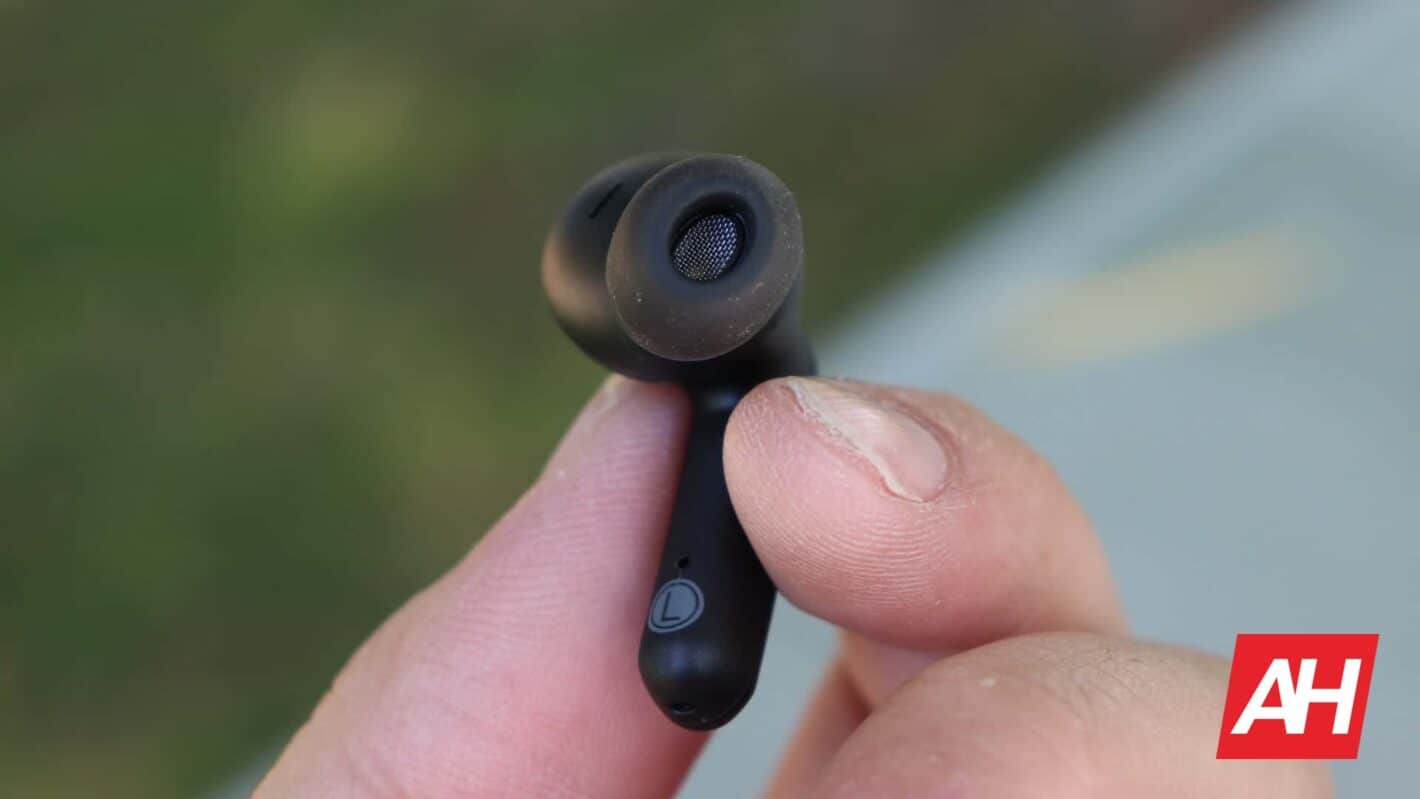 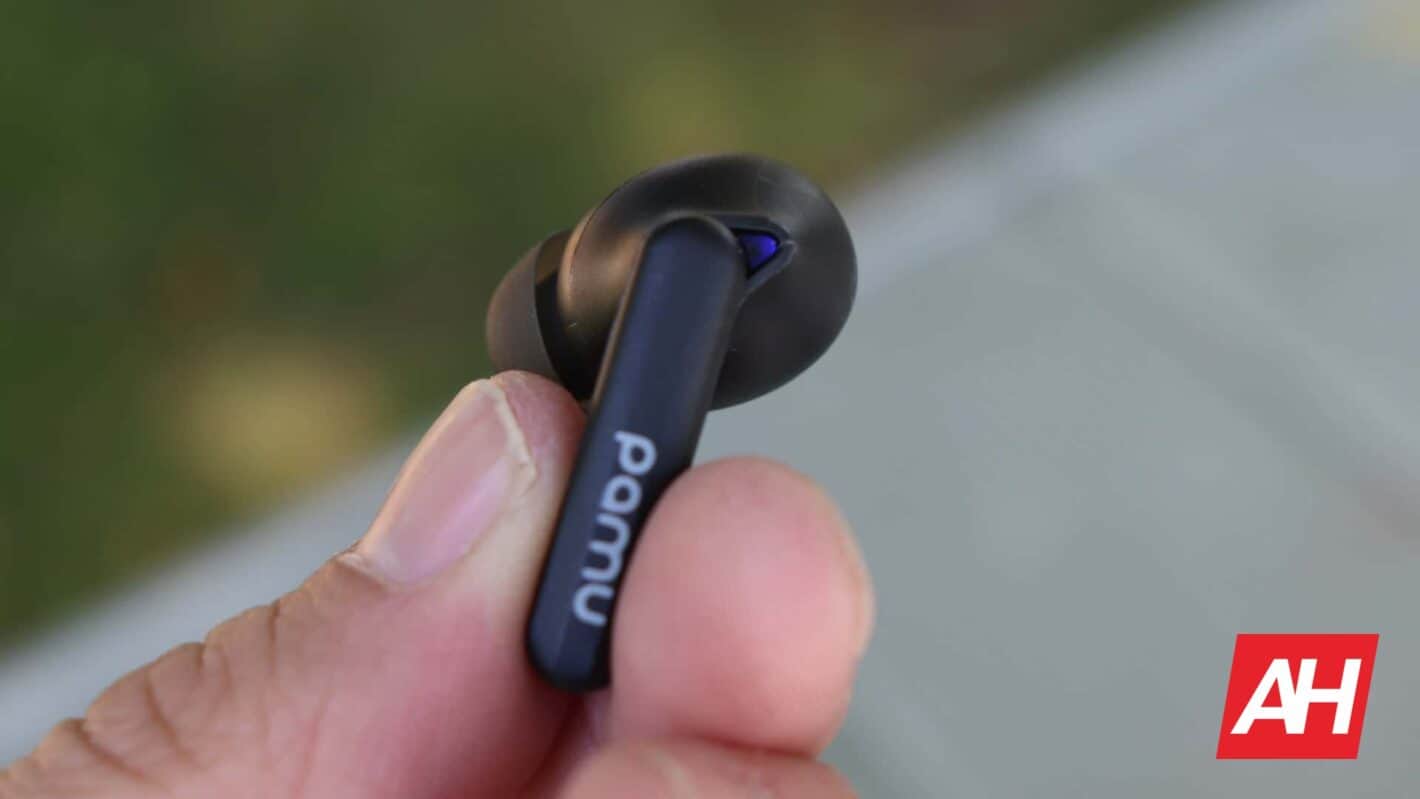 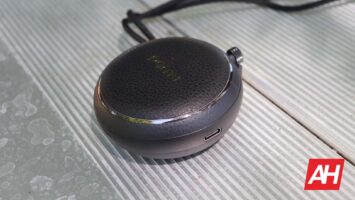 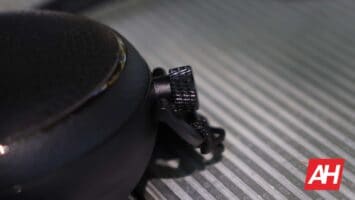 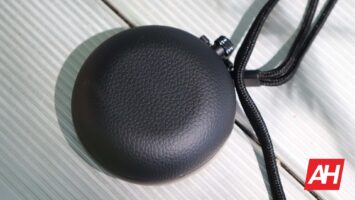 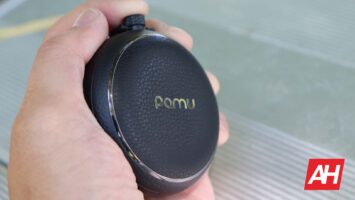 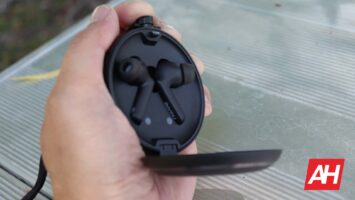 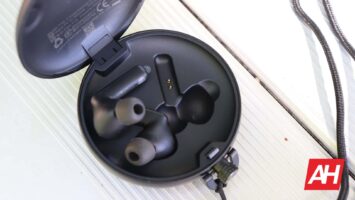 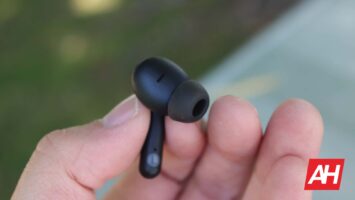 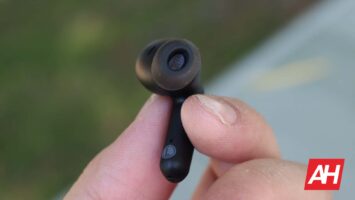 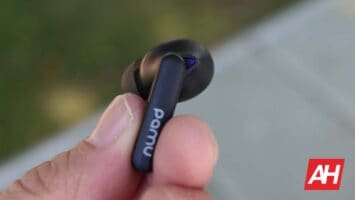 The pocket watch aesthetic is accented by a nylon cord that attaches to a loop attached at the sides of the button. Unfortunately, that loop isn’t the thickest plastic. And when I accidentally dropped the carry case during use, one of the arms broke, leaving me without that lanyard. That likely wouldn’t have happened if I’d been carrying it in its leather carry pouch. But it is worth noting that does seem to be a weak point in the build.

Setting that aside, the rest of the construction is solid. There’s no flex in the hinge at all and the button works without a great deal of effort every time. The button is silent on opening, with a solid click when closing.

The ports on this device fit snugly but don’t click, thanks t0 USB-C as a secondary charging method.

Wearing the PaMu Quiet buds themselves, the words that come to mind are lightweight and comfortable. It’s easy to forget they’re even being worn. 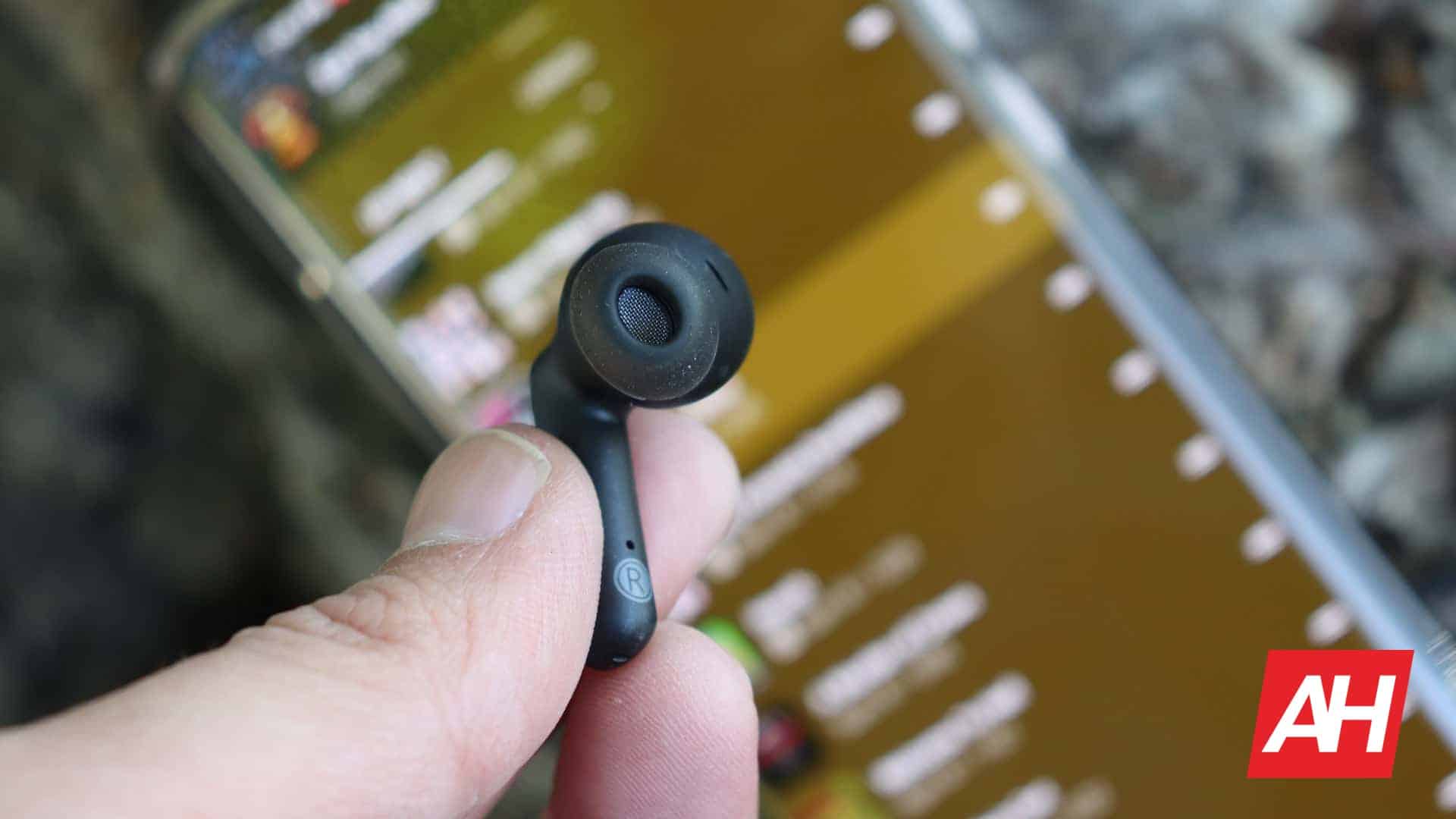 Despite their low cost, audio quality is one area where PaMu Quiet really performed under review. That likely comes down to the use of 10mm PEN + Titanium drivers. But also comes down to the chipsets used. These earbuds are designed purposefully to hit well above their weight.

As summed up by the company, that means using the world’s premier chip company for mobile devices Qualcomm. But ams was tapped for secondary noise-canceling too, making this one of the only earbuds that can be bought with dual active noise canceling. The microphones are supplied by Knowles. Better known as the company whose mics caught the words of Neil Armstrong back in 1969.

All of that means these earbuds provide a brilliant experience whether that’s keeping external noise from bleeding through — mostly. Or the fact that the mics worked as though I was speaking directly into my phone.

In terms of the audio itself, these earbuds hit the lowest tones with a near-perfect, rumble-free power that matches mids and highs. They aren’t quite up to audiophile quality. But they come at least as close as any other earbuds I’ve reviewed in the price range.

Anybody accustomed to using headphones priced below $200 is going to hear new tones and nuance in their favorite songs. And the clarity in other media playback is brilliant too. The value of PaMu Quiet, under review, is exceptional.

One issue that is worth noting is that when I rode my electric bike wearing PaMu, wind noise did become a problem. When coming head-on, at around 13- to 15-mph, it was overbearing. That shouldn’t be an issue under most circumstances but did show that these aren’t the earbuds to buy for at least some use cases.

Battery life could be much better from PaMu Quiet

The battery is one area where, under review, PaMu Quiet managed to not quite stack up to my expectations from this company. Now, it’s worth noting that I listened to these earbuds at around 80-percent volume around half of the time I was listening. That’s not at all necessary. The other half of my test, at around half volume, was more than loud enough thanks to noise-canceling.

And audio quality didn’t degrade either at any volume. So it really shouldn’t be necessary to go any louder.

I also kept my listening distance at an average of around 20-feet from the source device.

All of those factors dragged down battery life during my test. So my test won’t necessarily be representative of what every user will see.

With that said, these lasted around 13-hours and 32-minutes, including recharges via the case. That case, unfortunately, makes it difficult to determine when the buds are charged. The indicators are not intuitive at all. It’s easy to see how full the case itself is. But not the earbuds. So I wasn’t able to nail down exactly how long recharging those takes. It’s somewhere between 30- and 45-minutes.

Charing up the case via USB-C — with both earbuds and case at empty, was quick. But charging wireless took right around 3-hours and 15-minutes. 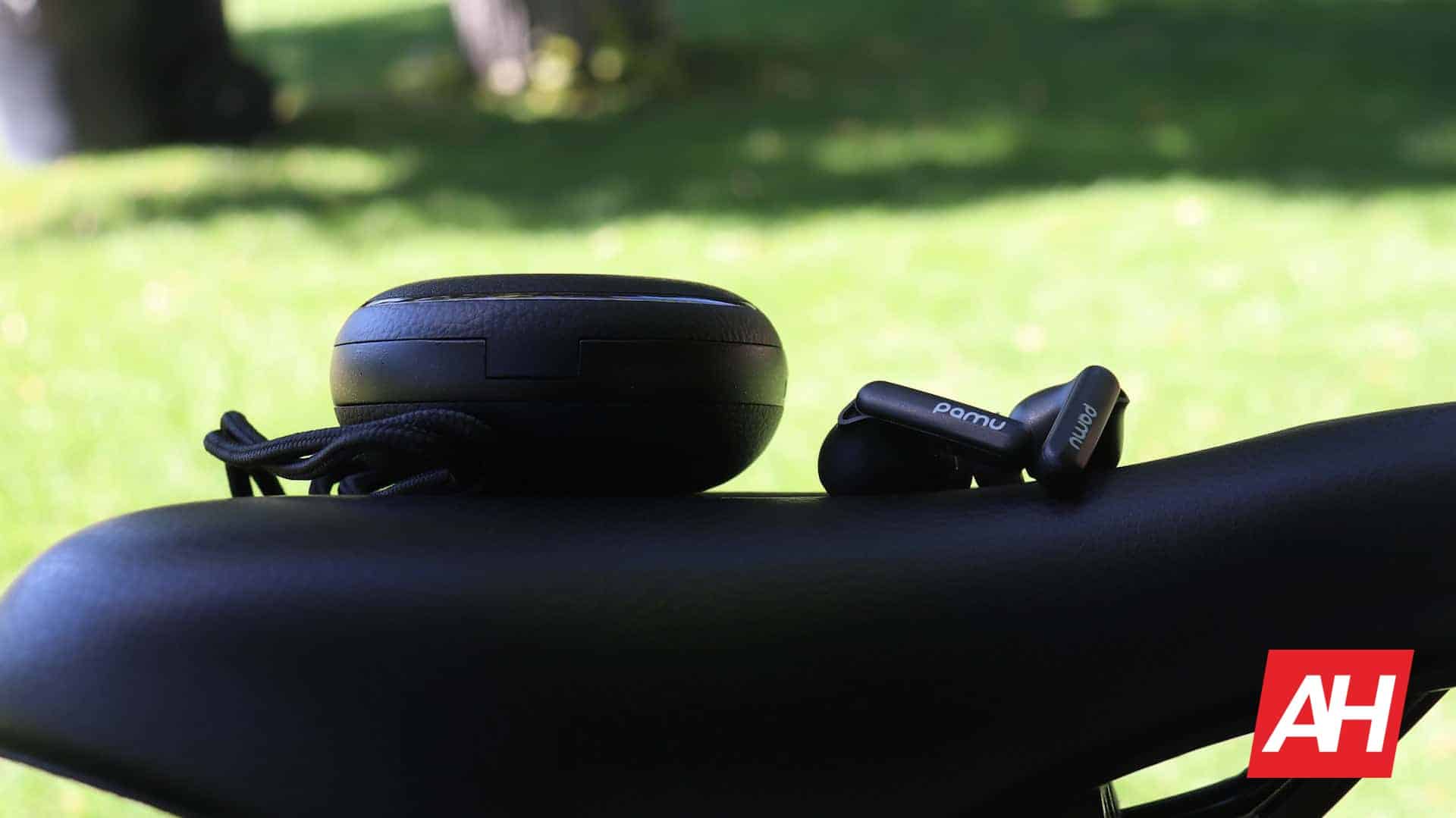 As noted in the battery segment, connections with these headphones seemed to be on-point. I was able to leave the source device, my smartphone, laying in the house and go out onto the porch, or upstairs. That’s a distance of around 40- 50-feet. And that’s without having the device disconnect or interruptions.

The connections, in this case, are via Bluetooth 5.0. And that meant that any interactions via the touch-based controls on either bud delivered almost immediate results, in addition to the exceptional range.

There’s no app for this device — or at least not yet. So there’s nothing to fiddle with to get great quality sound either. Instead, users can simply put the device in their ears and get great audio playback.

PaMu Quiet is worth the money, at Indiegogo or at full retail cost

It’s fair to say that PaMu Quiet is not an example of perfect headphones. In fact, it could be argued there’s no such thing. But these do have a few issues that will keep them from being the top device for a recommendation.

For instance, there’s the noteworthy exception of too much wind bleed-through when riding a bike or when facing head-on wind at over a 14-mph. The charging mechanism for the earbuds themselves could be made easier to read. And the charging time could be shorter.

Similarly, battery life could be better. Although dual-noise-canceling likely has a lot to do with that.

However, the audio here is more than worth it. Especially at the current $90 Indiegogo price. These would easily be a 5-star device based on that price alone. At the more reasonable MSRP of $159, PaMu Quiet still manages to stand apart from the pack on features and sound throughput. Falling only slightly closer to a four-star rating than top marks.

Summarily, PaMu Quiet delivers all of the latest modern amenities in a unique, time-tested design. Its audio is cleanly balanced between smooth-flowing bass and crisp highs, with well-represented mids bringing a deep, full experience. That experience is arguably one that even audiophiles will appreciate, given the cost, even if it doesn’t quite live up to that standard.

And all of that comes in an easy-to-use package that forgoes the complications of hardware-specific apps and deep sound customization. With the focus placed instead on straightforward usability and great connectivity. If none of the issues noted above are dealbreakers, these earbuds should be on any audio lover’s shortlist.

More poignantly, it would be irresponsible not to recommend PaMu Quiet for anybody who wants to approach the best audio experience around without spending a paycheck for entry. Especially for those who want great noise-canceling and crystal clear call audio.