The Oppo Watch is Oppo's first entry into the Wear OS market, sporting a design that will have people questioning whether or not it's an Apple Watch. It uses premium materials and it's packed full of features to make the most of your day. Let's see how it stacks up to other smartwatch experiences.

Oppo provided us with this device for the purpose of this review. Oppo did not see the contents of the review before publishing.

Oppo typically sticks to smartphones and other mobile devices for the Chinese and Southeast Asian markets, and that’s no different here with the Oppo Watch. As it’s those two markets are where the watch primarily available.

The watch was launched earlier this year and although you can’t buy it in the US officially, you can still get a hold of it. And since it doesn’t rely on SIM cards like smartphones, the Oppo Watch can be used to its full capacity in the US and other regions.

With Wear OS powering the experience, the Oppo Watch provides users with a familiarity to the wearables features they may have used on past smartwatches and want to take advantage of every single day.

Like fitness tracking, notifications, Google Assistant, and voice calls. It even features an all-day battery life. But is the Oppo Watch really all it’s cracked up to be?

The Oppo Watch runs on Wear OS, so the software is mostly familiar If you’ve ever used a Wear OS watch before, you’ll know what to expect here.

You get the full range of compatibility with Wear OS features like the Play Store access, Google Assistant, tiles, and more. On top of all that you’ll still get notifications, have the ability to respond to some of them, and you can do things like swap out the watch face.

It’s your run of the mill Wear OS experience. Though the Oppo Watch does have a few unique features that set it apart. For example, the AI imaging algorithm that can design custom watch faces for you.

This is something that I personally found to be a fun feature. I like design and while this doesn’t provide much of a functional use, it’s still fun and unique enough to draw attention.

Really, it’s the perfect feature for the user that likes to personalize their devices in any way possible. That, and it’s infinitely more interesting than the standard faces that are available.

One thing about the AI Outfit feature though is that you need the HeyTap Health app installed on your device to take a picture of something for this watch face. The app has its own camera and you are required to use that and not your original phone camera app.

The problem with this is that the camera in the HeyTap Health app isn’t that good and sometimes washes out the fabric of the outfit. Or it just gets the color wrong. Most of time though it does just fine and then the app generates designs based on the colors you chose. 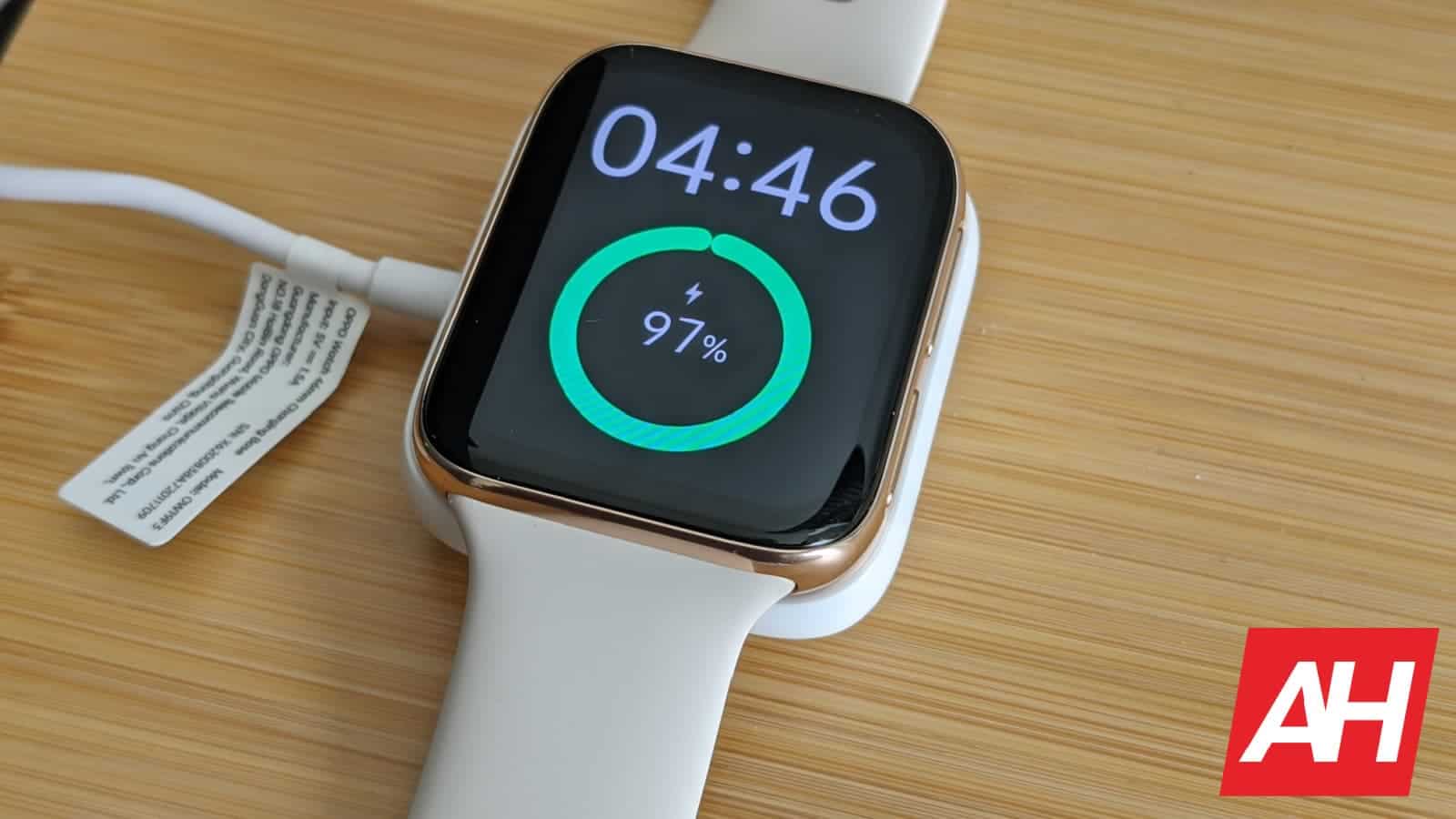 Wear OS smartwatches, and really most smartwatches in general, aren’t known for their battery life.

That isn’t too far off the mark with the Oppo Watch, but the battery life is pretty decent and certainly better than some other Wear OS watches. This is an all-day battery life most cases.

Oppo says it can last up to 36 hours on a single charge and that is fairly close to what I experienced. Worth noting is that this is the battery life measurement for Smart Mode. If you change the watch over to Power Saver Mode it can last for up to 21 days.

Note that this basically cuts off any features that use the internet. So it’s not ideal unless you’re actively trying to make the watch last longer and are ok with losing access to that stuff.

The more important feature with the Oppo Watch and its battery life is the capability to charge it up quickly. It’s supposed to charge up to almost half (Oppo rates it at 46-percent) in just 15 minutes. So in half an hour you more or less have a fully charged watch. Not bad.

During my time with it, this was useful. Because I would wear the watch most of the day and leave it in Smart Mode. Then take it off and place it on my desk. The next day I could put it back on and when the battery was about to die, I could fully charge it again in under an hour.

The battery life probably isn’t going to win any awards. But the quick charging time means you can usually ensure that you always have some battery life to spare.

The Oppo Watch software seems to be a tad bit unstable 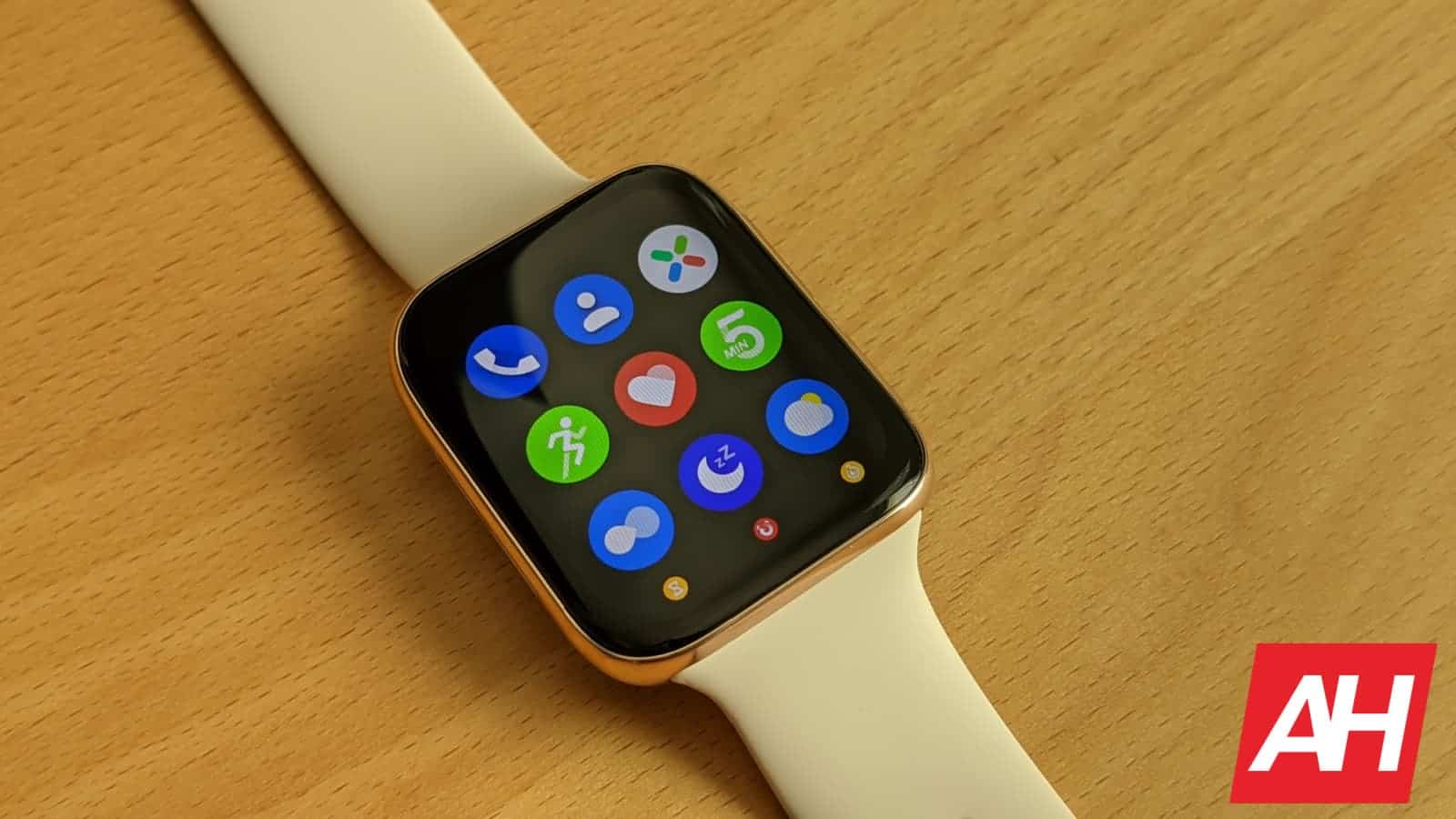 This might be a one-off for the unit that I was given, but the software seems to have some instability issues.

Initially after I unpacked it and powered it on for the first time, I got all the way through the set up with the Wear OS app on my phone and things seemed fine.

I wore it for about an hour then realized it needed a charge because the battery wasn’t at full capacity when I pulled it out of the box. So I plugged the charger into my PC and tossed the watch onto it.

After an hour I put the watch back on but then noticed it needed to be configured again. On top of that the language was in Chinese, which I can’t read. This is after I initially set it up in English.

That alone was strange to me. But things were made worse by the watch restarting itself constantly when searching for the ability to change the language. Remember, I can’t read Chinese so I couldn’t easily find the language and input menu.

I eventually gave up and just performed a factory reset. After that I reconfigured the watch and things have worked just fine since. I just felt that this was worth mentioning. Because it’s never happened to me before on any other Wear OS watch that I’ve used. I’m not usually a fan of square watches. I just think round watches look more classic and timeless.

That being said the design of the Oppo Watch is solid. It looks and feels like a high-quality build with Oppo having used premium materials to design it. Even though it’s not my preferred taste, it’s still decent.

The case is a bit thick and heavy, but it’s made of a nice polished metal and the buttons on the side are very easy to push when you want to interact with them. Yet not too easy to push that you end up doing it accidentally.

Oppo’s use of the curved AMOLED display is also a nice touch. Really, about the only thing I sort of hate about the design is the strap system. For one, it uses a proprietary setup. This means you can really only use Oppo’s straps. Which are absolutely terrible.

They do come in a variety of colors so at least there’s some customizability there. But the strap is so cumbersome and annoying to put on I would dread doing so every single time.

Maybe I’m just not used to this strap design. But besides that I just found it to be nowhere near as easy as putting on literally every other smartwatch. For the most part the strap was also uncomfortable.

It wouldn’t be an issue if you could just swap it out with something that’s aftermarket. But you can’t. Oppo gets an A for effort because the design is mostly decent. Save for the strap.

Performance is good even for Wear OS 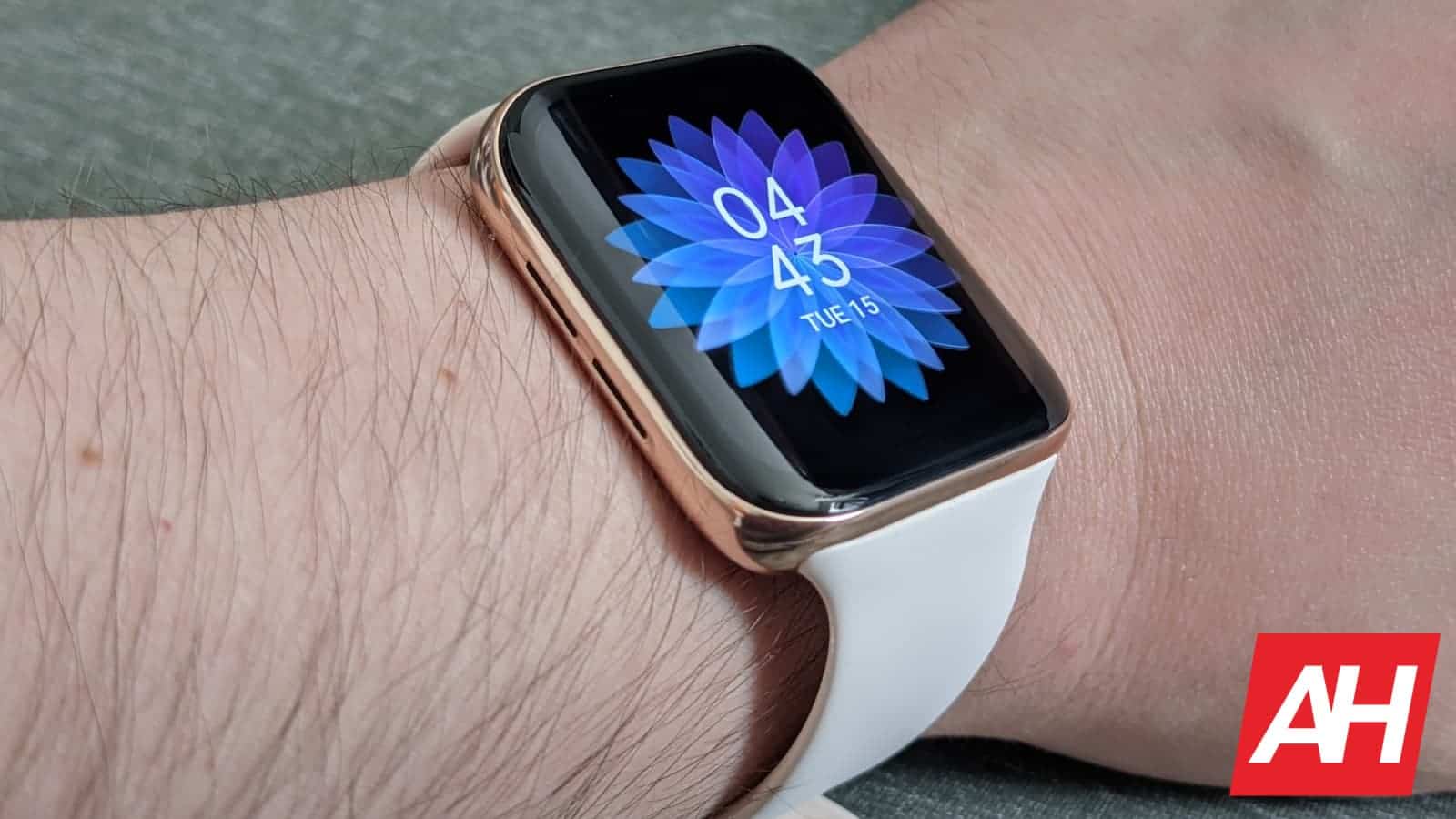 Wear OS has had numerous issues with performance. It varies from watch to watch, but in many cases it seems the software just doesn’t run as smooth as it should.

With the Oppo Watch the performance is actually quite smooth. Smoother than I imagined it would be even.

So right from the start I didn’t immediately hate using it. I was expecting to get a lot of choppy movement through menus and more than the occasional snag when doing anything. But that didn’t really happen.

Interactivity was fluid. So Oppo did something right here. In the end this is a watch that doesn’t run terribly. Which is more than can be said for some other devices on Wear OS. Plus, Google announced an update that should be going out to Wear OS soon, beginning with the Suunto 7, that bumps up performance and battery life.

Oppo Watch users should look out for that because it will only make the watch better.

Should you buy the Oppo Watch?

If you can find it in the US or another region where it isn’t typically sold, and for a good price, then it wouldn’t be the worst option.

There are better Wear OS watches out there, though. And if you really want a great smartwatch experience, you’re better off with something from Samsung. The Oppo Watch does have the advantage of Google Assistant.

But that isn’t enough to make it stand above other choices. It’s an ok watch and a fine Wear OS experience. But it’s still forgettable in more ways than it’s positively memorable.

That isn’t to say it isn’t good. It’s just not excellent.