Skip to content
Advertisement
Trusted By Millions
Independent, Expert Android News You Can Trust, Since 2010
Publishing More Android Than Anyone Else
39
Today
39
This Week
867
This Month
867
This Year
126990
All Time
Advertisement 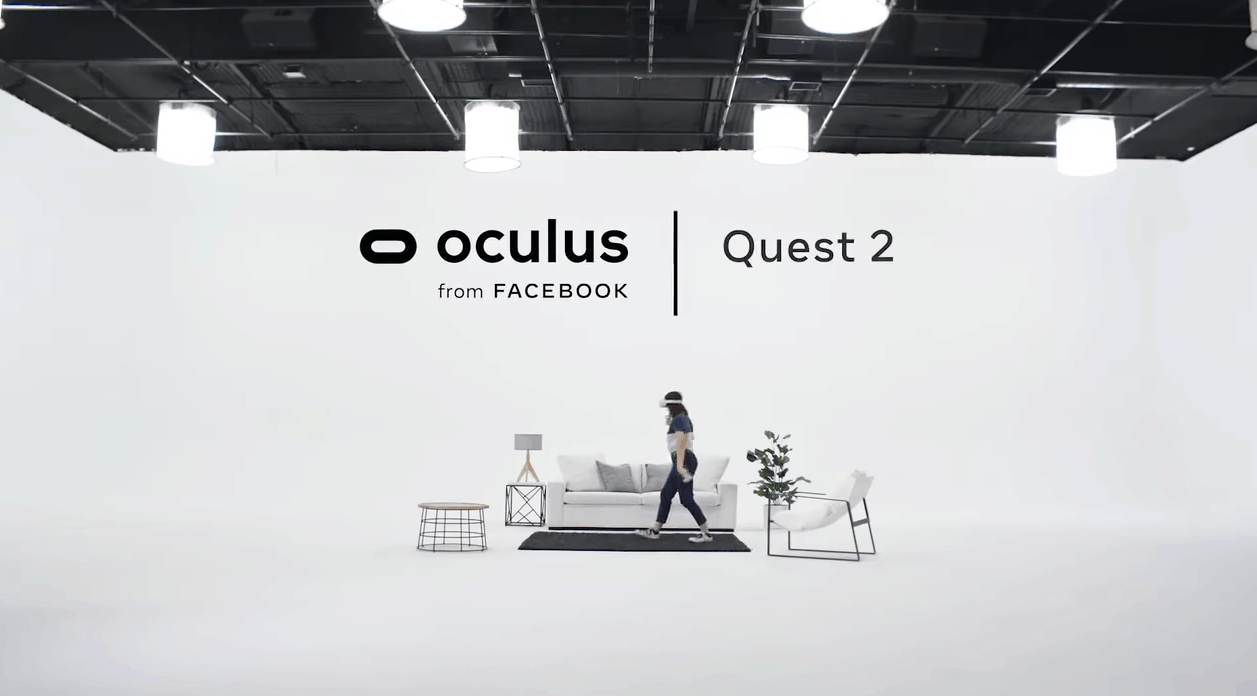 In a series of videos shared to Facebook Blueprint (spotted by Aiman Farooq but now locked), Facebook described how the Oculus Quest 2 VR headset would be significantly more powerful thanks to upgraded hardware and specifications.

This apparently includes the use of the new chipset from Qualcomm. If accurate, this would likely make the Quest 2 vastly improved. Since it’s not using an older mobile platform that was designed for phones first.

All that said Facebook hasn’t actually confirmed any of this information in an announcement. But multiple reports went out after the videos were seen and before Facebook locked that content from visibility. Which might as well be a confirmation.

The videos have also already been uploaded to YouTube, and you can view those below.

When it comes to a performance boost, one of the bigger things here is the platform powering the experience.

The Quest 2 will be using the Snapdragon XR2 platform from Qualcomm. Which was designed specifically for VR headsets. This is as opposed to something like the Snapdragon 835. Which is what powered the original Oculus Quest and was designed more for phones and other mobile devices.

In addition to the Snapdragon XR2, the Quest 2 will also come with 6GB of RAM and up to 256GB of internal storage space. That means more memory for running apps and games and more space for storing them. Both of which are great things to have for an all-in-one device like this.

The headset will have dual 2K displays

Another big upgrade, and perhaps the most important one is that Facebook has upgraded the displays.

The Quest 2 will use dual 2K display, one per eye. That’s 50-percent more pixel than what was available on the original Quest. And it makes more sense knowing that Facebook is using the Snapdragon XR2, because the headset will also be coming with higher resolution displays that will benefit from a more powerful platform.

More powerful specs is one thing, but the headset also needs to be comfortable. Because if you’re going to wear it for hours on end the last thing you want is to feel uncomfortable while you use it.

Facebook approached this by making the headset smaller than the original model and lighter too. In addition it’s using a new soft-touch material for the head strap that Facebook says makes the Quest 2 easier to slide on and off.

Controllers are also more ergonomic and comfortable to hold. And some games won’t even need the controllers as the headset will come with the hand tracking feature that Facebook debuted last year. While the new Quest 2 seems to have a ton of improvements over the Quest, there’s still no mention of cost or when it will be available.