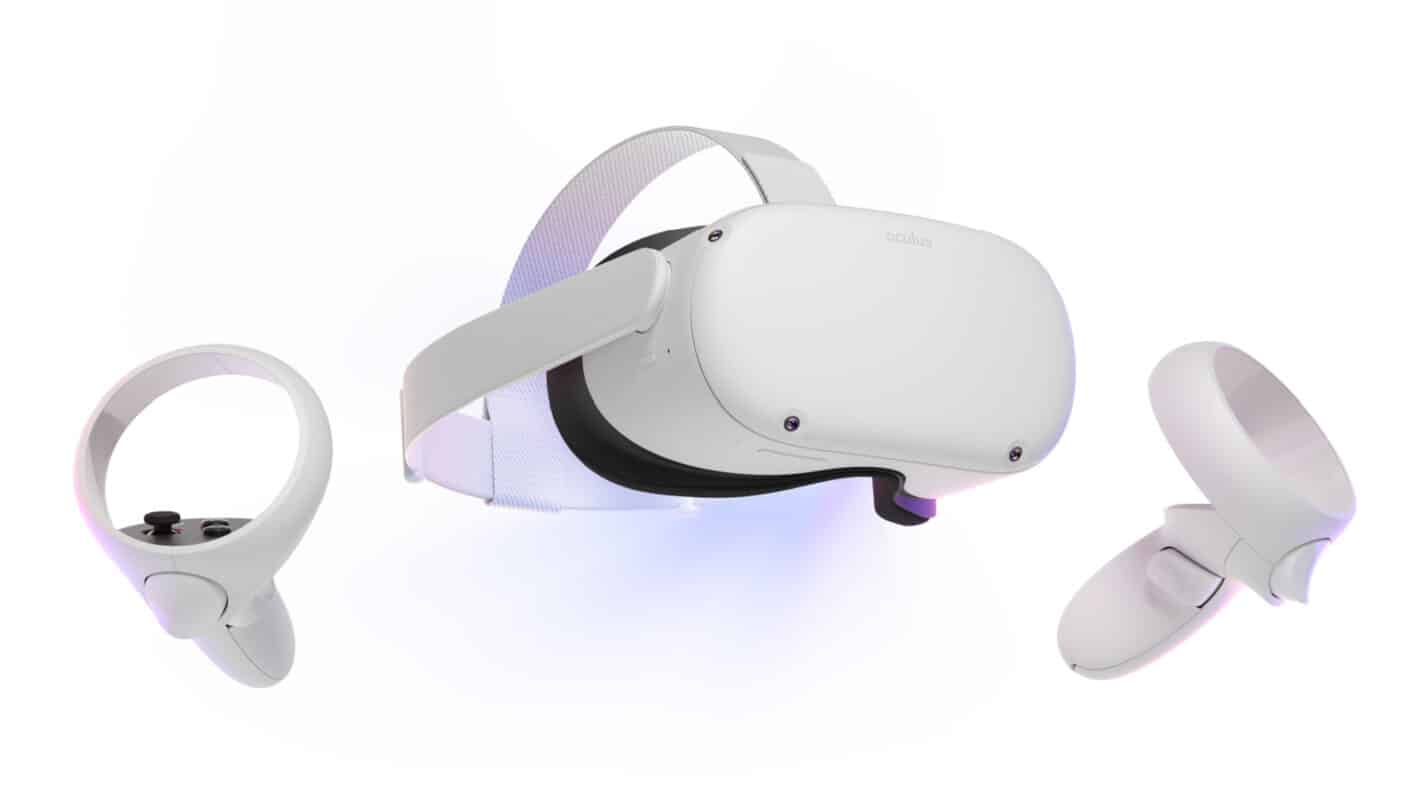 The official announcement comes just a day after videos about the headset were seemingly leaked accidentally by Facebook. In those videos were the design, some of the specs and features, and the price.

And it looks like all of it was accurate information. What wasn’t revealed in the Facebook Blueprint videos were the release date and some more specs and pricing details. However that was revealed today, and the launch is coming pretty soon. Next month in fact, so it won’t be long before you can get your hands on one.

There’s some big and notable upgrades to the Quest 2. Namely the platform that’s being used for the computing.

Inside you’ll find the new Snapdragon XR2 platform that Qualcomm launched today. This was designed and manufactured specifically for VR headsets and similar technology. Which is a huge improvement over the Snapdragon 835 that was in the original Quest.

On top of that the headset now comes with 6GB of RAM, it’s lighter, smaller, and more comfortable to wear. It’s not all about the size and weight either. The headset comes with a new soft-touch strap that makes it easy to slip on and off.

While it’ll be optimal to enjoy the VR experiences with the Quest 2 uninterrupted, sometimes life gets in the way. So being able to put it on and take it off quickly will make a big difference in how enjoyable the experience is.

Facebook has also made the controllers more ergonomic and comfortable to hold. Overall, things are more streamlined.

The headset will launch on October 13

The headset will begin shipping on October 13 which is about a month away. Just under a month specifically.

Pricing for the Oculus Quest 2 will begin at $299. Which is a really good entry point for cost to get into top-quality VR like this. There is a more expensive model that you can pick up which comes with more storage.

So pricing really depends on how much space you want for games and apps. As an all-in-one VR headset, more space is always better though. Especially if you plan on using the headset often enough to warrant having more storage.

More to the point, the $299 model only gives you 64GB. For $100 more you can bump that up to 256GB which is a lot more storage. Oculus has opened up pre-orders as of today so if you want to purchase early on you can.

You can grab the headset from Oculus.com, and from retail partners like Amazon at some point.