LG has announced the first 4K rollable smart TV at CES 2020 for $60,000. Earlier reports hinted LG is working on bringing the same rollable display technology to the form factor of a mobile device. The same is now confirmed by its latest patent approved by the USPTO (United States Patent and Trademark Office).

The patent documents described it as an electronic device with a rollable OLED display. However, this is not the first time the company has patented a device with a flexible display. Previously, it has patented foldable smartphones with in-folding and tri-fold designs.

Additionally, this new patent also shows both the hardware and software-based features of the device. Speaking of the device, it comes in a rectangular housing to securely store the rollable display. There is a transparent window on the housing that could use the retracted display to show notifications and other alerts.

It also sports two dedicated hardware buttons to roll-in or roll-out the display. Moreover, the user can manually roll out the display by simply pulling out of the housing. As per the description, the company will be using an OLED panel for the rollable display.

LG also seems to be working on software features like auto-scaling to adjust the content preview based on the rolled out screen size. Notably, the device also supports stylus input. There is a cut-out on the side of the device for storing the stylus. The company currently offers a stylus with the mid-range LG Stylo series.

There is only a single camera sensor

The only camera sensor on this device is placed on the main housing. Unlike its South Korean counterpart, LG is yet to launch a foldable smartphone. It remains to be seen if the rollable device will become the company's first smartphone with a flexible display.

Meanwhile, the company also decided to experiment with new form factors under the newly launched "Explorer Project." The first device to launch under this project is the LG Wing. It comes with a swiveling dual-display design featuring a 6.8-inch main display and a 3.9-inch secondary display.

During the LG Wing launch event, the company also teased an expandable display smartphone with a slide-out mechanism. This could become the second device in the Explorer Project.

Going by past announcements, the company might showcase its new rollable device at the upcoming CES 2021. Due to the ongoing COVID-19 pandemic, the event will go online-only for next year. 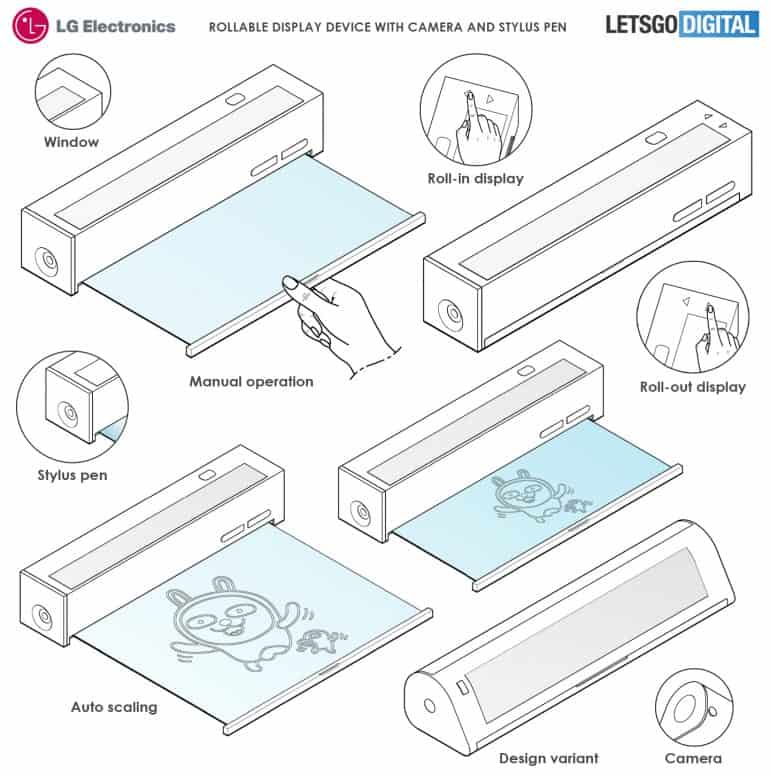