The image comes from Evan Blass aka @evleaks, a well-known tipster. He shared the image via his official Twitter account. This is not the first time we’re seeing the device folded, but it’s the first high-res render that shows it in folded form, up close and personal.

This is also an extremely reliable source that shared it. This render does confirm that the real-life image, which leaked recently, is spot on in terms of the design.

The Motorola Razr 5G will resemble its predecessor even when folded

When folded, the Motorola Razr 5G will look quite similar to its predecessor, not the same, though. It will include that secondary display on the outside, and a camera below it. Next to it, you’ll notice an LED flash.

Below the main camera, sits yet another sensor. It looks like a small secondary camera, though it probably isn’t. Something else, a sensor of some sort, is placed above the display. We’re really not sure what that is.

You can also check out a part of the phone’s hinge thanks to this image. The general design philosophy remains unchanged, it seems, this phone is also reminiscent of the original Motorola Razr.

This smartphone will be fueled by the Snapdragon 765G 64-bit octa-core SoC. That chip does support 5G connectivity, by the way, hence the phone’s name. A 2,800mAh battery is expected to be included.

A 48-megapixel main camera will be included here

That’s pretty much all the spec information that we have thus far. Well, we do also know that the phone will include a fingerprint scanner on the back, on top of which Motorola’s logo will be imprinted.

The device is expected to launch on September 9. The company will share all the necessary details then, so we’re quite close to the launch date. It may become available to purchase in September as well, or we may have to wait until October. 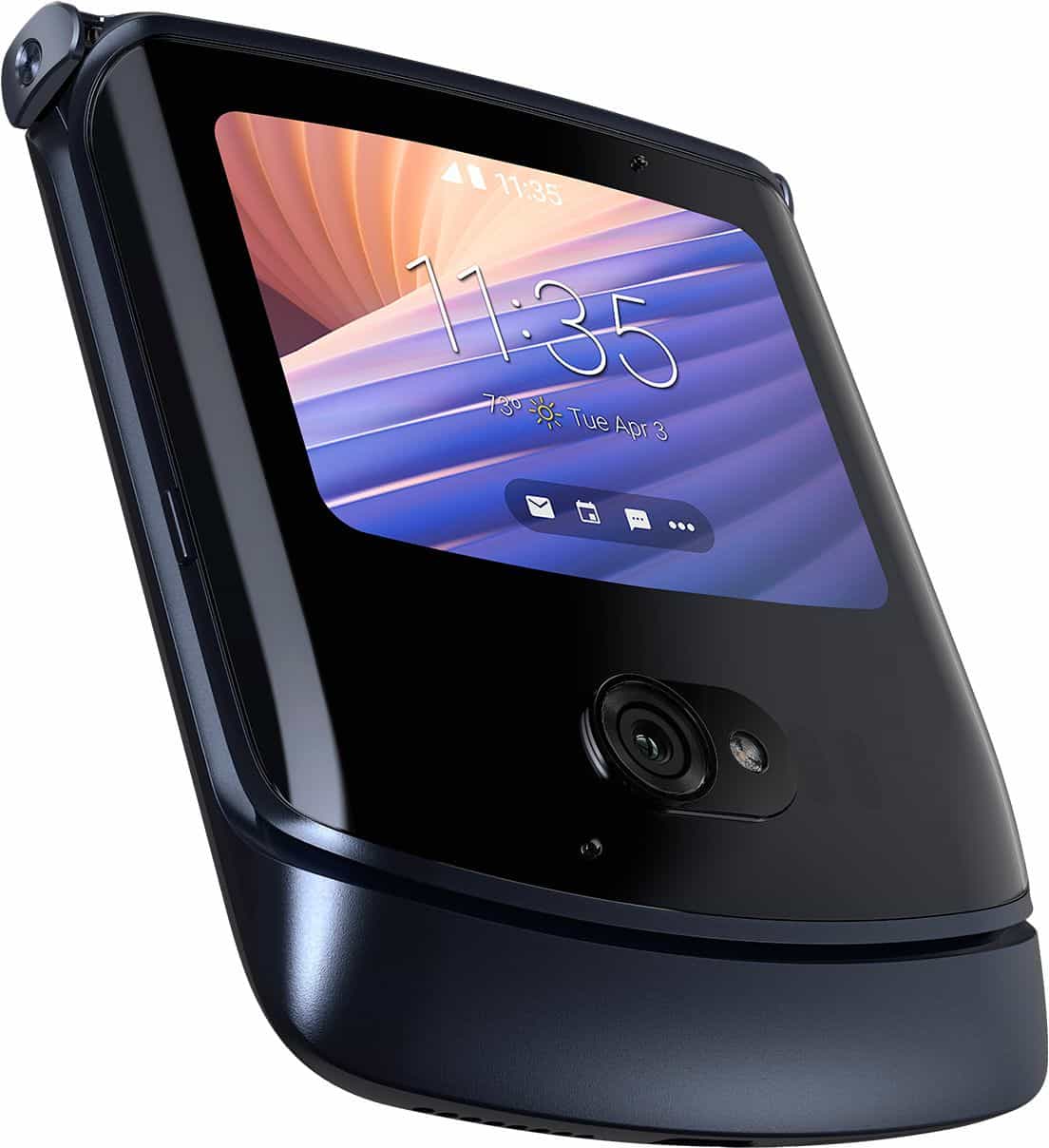