Mobvoi has announced the Ticwatch Pro 3. The new smartwatch comes packing some notable improvements over its predecessor in both hardware and software levels. The watch is now available to purchase from both Mobvoi’s website and Amazon. It comes in a Shadow Black color with a price tag of $299.99.

The Ticwatch Pro 3 is the first Wear OS smartwatch using a Snapdragon Wear 4100 processor. Announced in June this year, Qualcomm promises the new chipset to be 85 percent faster than the 2018’s Wear 3100 in CPU performance. Its GPU is also 2.5 times faster than that on its predecessor. Lastly, Qualcomm’s latest wearable platform consumes around 25 percent less power. Mobvoi has paired the chipset with 1GB of RAM and 8GB of storage.

Like the original TicWatch Pro, the new model also features two display panels. There’s a 1.4-inch AMOLED display with a resolution of 400 x 400 pixels underneath a low-power always-on FSTN LCD panel. You can toggle between the two displays with the flip of your wrist. The LCD panel turns transparent when you switch to the main AMOLED display. The display panels are protected by Corning’s Gorilla Glass 3.

The Wear OS-powered Ticwatch Pro 3 has a dimension 47 x 48 x 12.2 mm. This makes the watch quite bulky but has allowed Mobvoi to pack a massive 577 mAh battery. The company promises up to 72 hours of run time with a single charge on “Smart” mode. While in “Essential Mode,” which only uses the secondary FSTN LCD panel, the watch can last up to 45 days. It’ll still be tracking your steps as well as other health data, though it won’t function as a full-fledged smartwatch.

As you’d expect from a smartwatch, the Ticwatch Pro 3 comes with loads of health monitoring features. You get a SpO2 (oxygen saturation) monitor, a continuous heart rate monitor, stress detection, sleep tracking, and various other workout-tracking abilities. Those include walking, running, cycling, freestyle exercises, swimming, rowing, and more.

The watch itself has an IP68 rated body, which is made up of stainless steel and nylon. It should comfortably survive light rain, sweat, dust, and short dips into the pool.

Poor support from Google means smartwatches running Wear OS have always lagged behind the competition. Some of the blame goes to Qualcomm as well, who didn’t launch an upgraded chipset for wearables for about two years. All this means the gap between Wear OS watches and Samsung’s Tizen-powered Galaxy Watch and the Apple Watch has widened in recent years.

That said, Google recently announced an update for Wear OS that introduced improved performance and better battery life. Hopefully, the company will continue to give the much-needed attention to its wearable platform in the coming times, so devices like Ticwatch Pro 3 can live to their full potential. 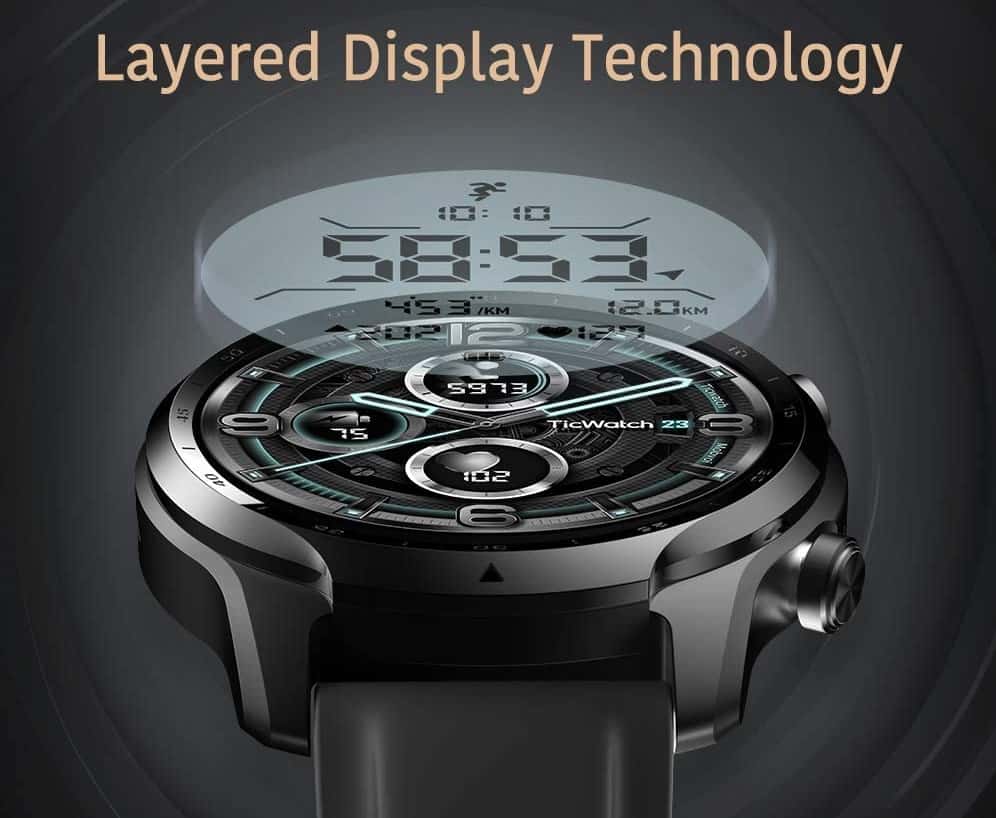