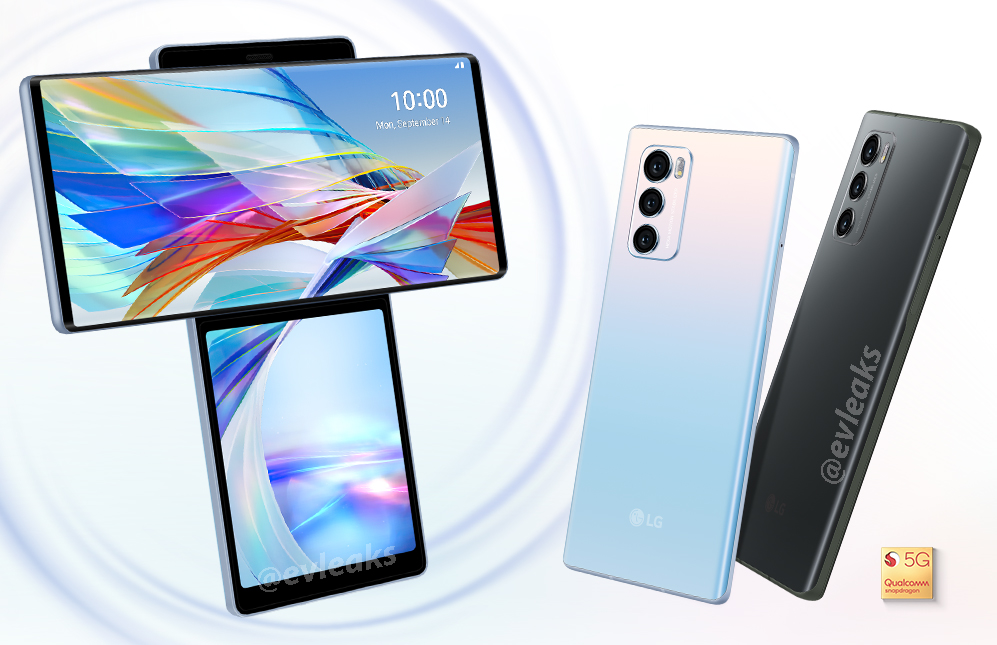 LG has officially confirmed it will unveil the LG Wing 5G smartphone on September 14. As seen in the teaser images and leaked videos, the device comes in a unique T-shaped dual-screen form factor. Now, the new renders of the upcoming LG Wing 5G finally showcase the back of the device and color options.

With the large rectangular camera housing on the top left corner, the device looks quite similar to the recently launched Samsung Galaxy Note 20. It features triple camera sensors along with an LED flash on the rear. As of now, there is no information about the specifics of these camera sensors.

Furthermore, the camera sensors on the LG Wing 5G are comparatively bigger than the Velvet 5G. The LG Wing 5G comes with a gradient design and will be available in two color options. They look the same as the Pink White and Aurora Gray colors of the LG Velvet 5G.

There is a SIM card slot on the left edge of the metallic frame. Unlike conventional smartphones, the LG Wing 5G sports a 4-inch square display underneath the large main display. Instead of eyeing for a commercial launch to reach a wider audience, the company has confirmed that the phone will be launched under the new Explorer Project.

It will be powered by Snapdragon 765G 5G mobile platform

As of now, there is no confirmation over the availability of the device outside of South Korea. Recently, AT&T launched a new version of the LG Velvet 5G powered by the all-new MediaTek Dimensity 1000C chipset.

The reports from South Korea also suggest the LG Wing 5G could be launched at just KRW 1.09 million (approx. $916). Unlike Samsung, LG is yet to launch a foldable smartphone. Moreover, it's been offering the Dual Screen case with its flagship smartphones from the last couple of years.

With the LG Wing 5G, the company also has to work on the UI front to offer a seamless experience. Compared to foldable smartphones, the LG Wing with the swivel screen should be as durable as the regular smartphones.