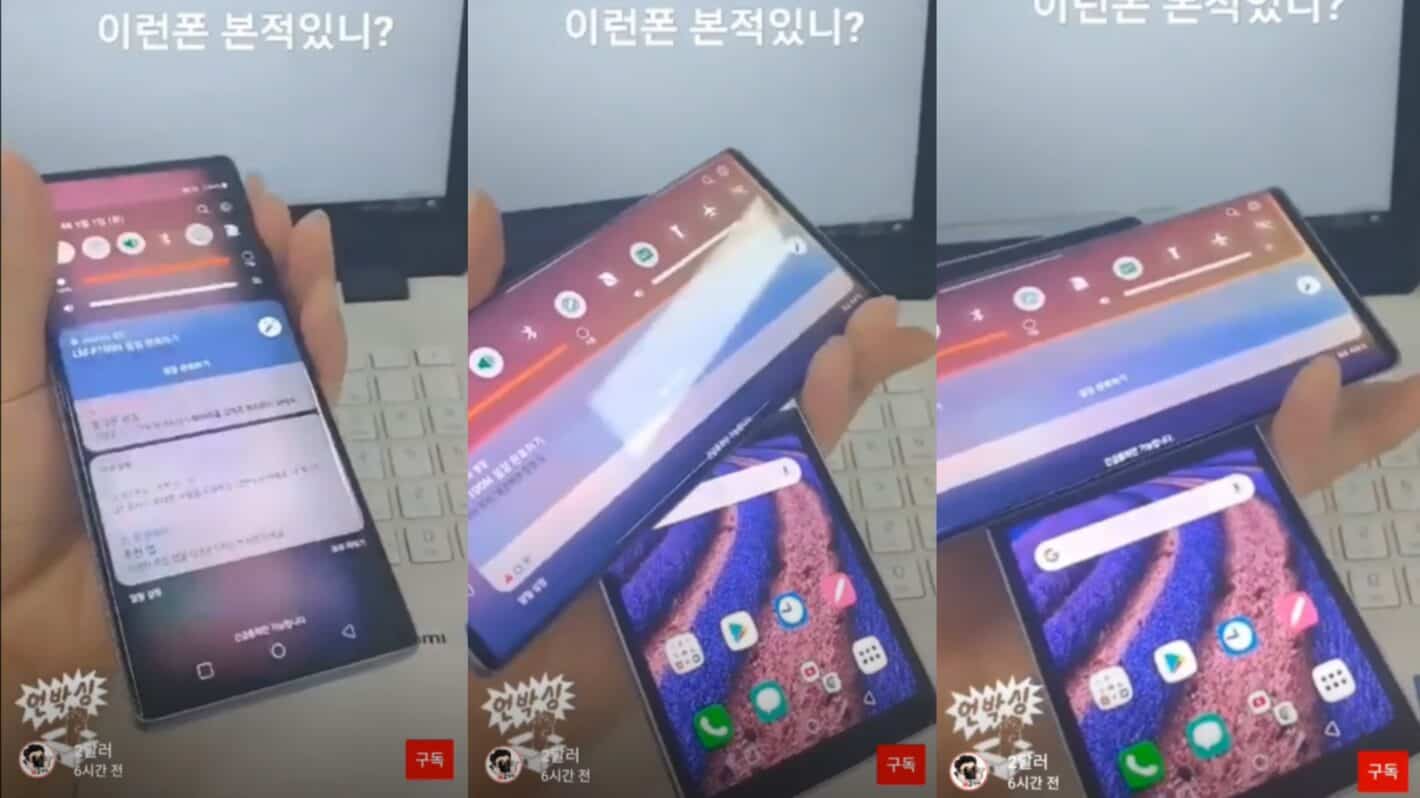 The LG Wing is definitely one of the oddest phones we’ve seen this year, it’s a swiveling phone which just surfaced in a video (embedded below the article). This video shows the phone in action, and it’s hard to deny it’s interesting.

Reactions to this video have been really interesting, as many people seem baffled by this design. Some are quite interested, though. So, when closed, this phone looks like your regular smartphone, but thicker.

You can “open it up” by pushing the front to the left, at which point the front portion of the phone will go into landscape mode. That will create two displays for you to use, one vertical, and one horizontal.

When it first surfaced, the phone had a mapping system running on it, just to show one of its use scenarios. Truth be said, yes, it could be useful in that particular case. We cannot think of many more, unless the software is especially adapted to the device.

I’m sure that LG’s software will be adapted, but the device should be able to take advantage of third-party apps in a special way as well. We’ll see how will all this work once the phone gets announced.

This hands-on video is very short, it has a duration of only 8 seconds, but it shows the LG Wing swivel action perfectly. You’re basically getting two phones here, but in a much different way than with foldable devices.

This phone is coming as part of the ‘Explorer Project’ that LG announced. When fully open, the device creates a ‘T’ shape, pretty much. The phone does look interesting, that is hard to deny.

The LG Wing is a perfect device for grabbing attention, and that’s probably what LG needs at the moment. We’ll see if the company will make this phone widely available, and what will the reactions be once it gets fully announced.

We do not really know much about the device, to be quite honest. The LG Wing price tag did surface recently. According to ETNews, the phone’s price tag is set at KRW 1.09 million ($918), while the cost calculated after the “value-added tax rate reflected in the factory price” comes down to KRW 1.91 million ($1,608).

In other words, this phone will not exactly be cheap, not at all. In fact, it will be quite expensive. Considering its new, odd form factor, it’s hard to imagine this phone flying off the shelves.

LG is probably not expecting it to. As already mentioned, this phone will probably manage to grab attention, and that will probably be enough for LG. It sure is different, that’s hard to deny. The LG Wing will be fully announced on September 14.