Earlier this week, LG took the wraps off of its coolest and weirdest new phone, the Wing. And today a few days later, we have the LG Wing here for a hands-on preview of what to expect with this crazy new smartphone.

LG hasn't jumped into the foldable scene just yet. It has put bets on a dual-screen experience, via a case on its past few flagship smartphones. And now it's giving us a screen that swivels into landscape mode. This is the first device of the Explorer Project, which is basically a new project that LG has for exploring new use-cases for smartphones. In fact, there is another Explorer device launching later this year.

On the surface, it's an interesting looking device, but is it worth jumping on the bandwagon? Let's find out.

Before we jump into our thoughts and impressions, it's important to note that this is a preview and not a review. This unit is not final, meaning that there might be some software changes and optimizations before it ships to consumers later this year. So keep that in mind here.

The hardware on the LG Wing feels pretty good, for this hands-on preview.

It's the same hardware you'd expect from LG, honestly. It feels like you're holding a thicker V60 or even a Velvet. Of course, the Wing has to be thicker, because it does have that second screen and the swivel mechanism inside. But it's not overly thick, or even as thick as the Samsung Galaxy Z Fold 2. It's actually manageable. And I can fit this in my pocket with ease.

The swivel of the main display is actually really easy to do, even with one hand. Which is something I was worried about. After seeing some of the demos, I thought that the swivel might be a bit tougher. But it's super easy to swivel that main display whenever you want. Whether you're walking down the street and want to reply to a text message while you are using Google Maps to navigate, or want to use the second screen for something else.

Thankfully, even with all of this new tech built into the LG Wing, LG did not give us a huge camera bump, like a few certain Samsung smartphones. It's pretty manageable actually. Though, we don't have a crazy 108-megapixel sensor included here, which does take up a good amount of space.

Perhaps the best part of this hardware, is that there is no hole-punch or notch on the Wing. Instead, LG has gone the pop-up selfie route here. As expected, it does close when it feels that it is being dropped, to protect the camera. Like we've seen with other phones using a pop-up selfie camera.

There is a 4,000mAh capacity battery inside, that can charge at up to 25W wired. There is a 25W charger included in the box too. We can't talk about battery life yet, since we've only had it a few hours and this is not final software. But I have good hopes for this one. Yes, it's running two displays, but the main display is a FHD+ display and not QHD+. So it should run nicely all day long. More in the full review, of course.

With the addition of a swivel display on the LG Wing, the company did need to make some software changes, to give us the most out of this smartphone. And the changes are mostly good.

So now when you swivel the display, it does open up a new launcher, which looks a lot like the launcher on LG's TVs. No surprise there. But there are only a few apps that show up on that scrolling dock on the main display. But that can be changed. You can swipe up to get into the app drawer and then drag apps into the dock, like you would normally. By default, it has Asphalt, Gallery, Camera, YouTube and Google Maps listed there. All apps that LG thinks you'd use with the main screen rotated.

It works pretty good, the only real complaint I have here is that when you swivel the display, the "Swivel Home" as it's called, is pretty slow to show up. As you can see in the video below. I'm hoping this is something that LG can work on and optimize before the phone goes on sale. Because currently, it's painfully slow. But this is where I stress that this is not final software yet.

The camera software seems to be better optimized than the Swivel Home, and I can actually see myself using this a lot in Gimbal Mode. If we are ever allowed to go back to trade shows. As it means that I don't need to carry around the DJI OM4. Now obviously, not everyone needs a gimbal for their smartphone. But it is nice to have it available. 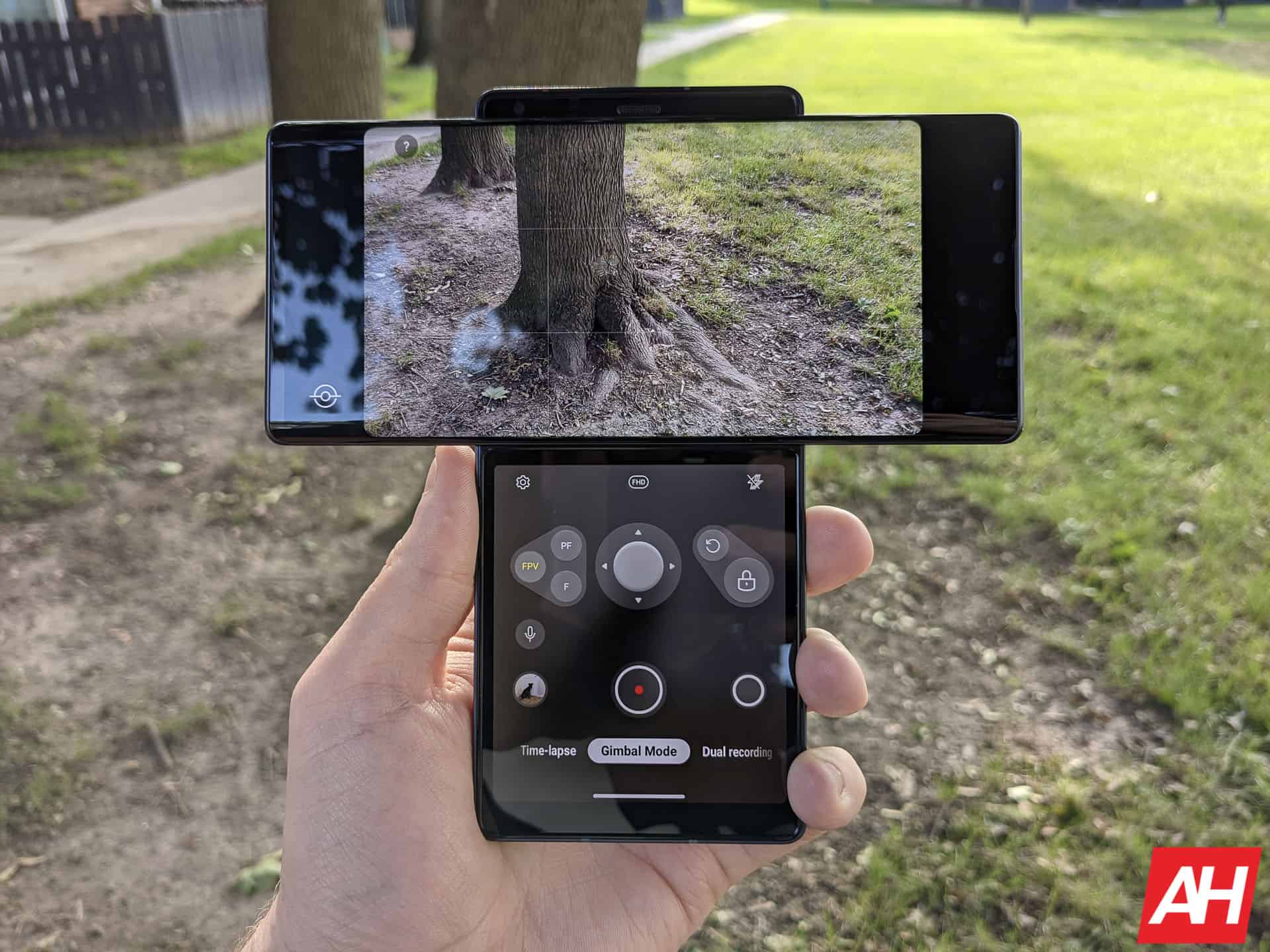 Unfortunately, LG doesn't allow you to use every mode in swivel mode for the camera. For example, you can't take a regular old picture with the controls on the smaller 1:1 aspect ratio display, and using the larger 6.8-inch screen as your gigantic viewfinder. That's one thing I hope LG changes.

As mentioned, this is not a full review of the LG Wing. That's impossible to do in only a few hours, not to mention this is not a final review unit. We should have more on the LG Wing very soon. However, LG has not announced a release date just yet, so it might be a little while.

The LG Wing has left a good taste in our mouths. And we can't wait to take a deeper dive into this smartphone and see what exactly it has to offer.