Huawei filed the patent in October last year with the China National Intellectual Property Administration (CNIPA). According to Letsgodigital, the patent was published on September 18 also includes a total of 24 images.

The front of the smartphone is all display and there is no sign of a pop-up camera. Additionally, the lack of notch or punch-hole cut-out suggests the company might opt for an under-display selfie camera. On the rear, it comes equipped with a cross-shaped camera module featuring four sensors and an LED flash.

The square shape of the bottom sensor confirms it to be a periscope-style zoom camera. In the intersection of the camera setup is an LED flash. There are three iterations of the same design with the rear camera module placed in the right, center, and left position on the top rear.

Notably, the rear camera setup still protrudes out a little. Even the frame on this device is very thin with its curved front and back. Last year's Mate 30 Pro smartphone was also launched with a similar design where it replaced the physical volume rocker with a software-based alternative.

There is even a 3.5mm audio jack as well

Interestingly, the patented design still comes with a power button and volume rocker on the right edge. There is even an additional button on the left side. On the top, it comes with a 3.5mm audio jack and a microphone. The bottom edge houses the SIM card slot, speaker, and a USB Type-C port.

Since this is only on a design patent, there is no guarantee that the company will end up using it for any of its upcoming smartphones. Obviously, the company won't be launching the upcoming Mate 40 series with this design. As per the leaks, the three smartphones in the Mate 40 lineup will be coming with dual punch-hole selfie cameras.

On the rear, these upcoming devices will sport a total of five camera sensors. Recently, a new Huawei patent showcased a smartphone with a wrap-around display. It comes with a flexible display wrapped around to the back of the device from the left side. However, Xiaomi has already launched a similar-looking smartphone called Mi Mix Alpha. 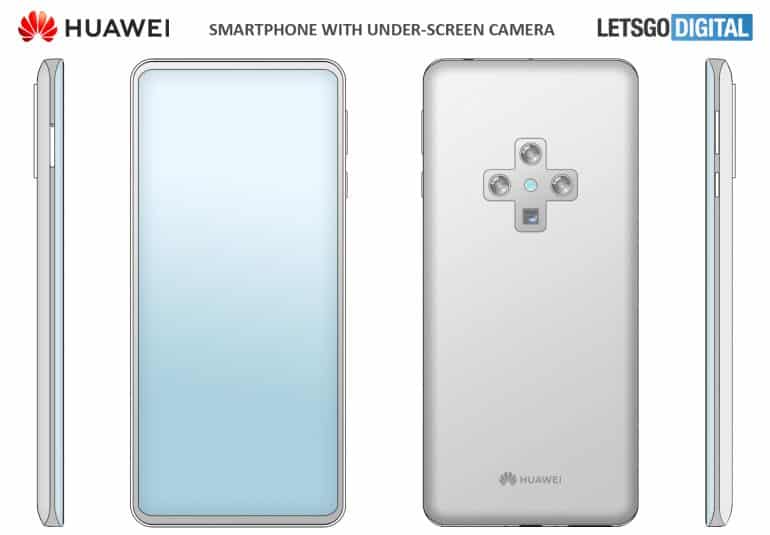