While under-display camera technology is seemingly the way forward selfie cameras on smartphones, the only major change we might see in the rear-camera setup in the near future is the addition of more sensors. And one of Huawei's upcoming smartphones might just do both.

According to a newly-discovered design patent, the Chinese company may be working on a smartphone featuring an under-display selfie camera and five rears cameras. The patent was filed with the CNIPA (China National Intellectual Property Administration) back in October 2019. The documentation which contains 24 product sketches was published earlier today.

A quad-camera setup on the back of smartphones is pretty much a norm these days. Even the entry-level phones now come with four rear cameras. However, we've so far seen only two major smartphones with fave cameras on the back.

The Nokia 9.1 PureView arrived first back in February 2019, followed by Huawei's own P40 Pro+ earlier this year. Now, it appears the latter is developing yet another penta-camera phone.

Huawei's upcoming penta-camera phone features four sensors of identical sizes, while the other one is slightly smaller than the rest. There's also an LED flash within the same camera housing.

The hexagonal rear-camera housing on this phone is reminiscent of the Nokia 9.1 PureView. However, Huawei hasn't yet decided on the position of the rear camera module. It has patented three different designs, one each with the camera module on the top left side, on the top right side, and on the center.

The remainder of the back panel is clean with no apparent cutout for a fingerprint sensor. The phone will likely feature an in-display fingerprint scanner. The same goes for the selfie camera as well. The front of the phone is all screen. There's no notch or a punch-hole cutout. There's no pop-up module either.

All this suggests that the phone will feature an under-display selfie camera. However, the sketches in the patent documents primarily focus on the device's rear camera design. The ZTE Axon 20 5G recently launched as the world's first commercial phone with an under-display camera.

The bottom of the upcoming penta-camera Huawei phone has cutouts for a USB Type-C port, a microphone, and a speaker, while a 3.5 mm headphone jack and an additional microphone sit at the top. All the physical buttons, including the power button and volume control keys, are on the right side. The SIM card tray is seemingly located on the left side.

Since this is a design patent, there's nothing to take away in terms of the device's features or specs. Huawei is struggling to keep it's smartphone business intact following recent US sanctions. It remains to be seen if this smartphone design from the beleaguered Chinese company sees the light of day.

Even if it does, it's still unclear whether it'll arrive under one of Huawei's own smartphone lineups or its subsidiary HONOR will launch it. In either case, it'll surely be a high-end phone. Huawei also recently secured a design for a wrap-around display phone. 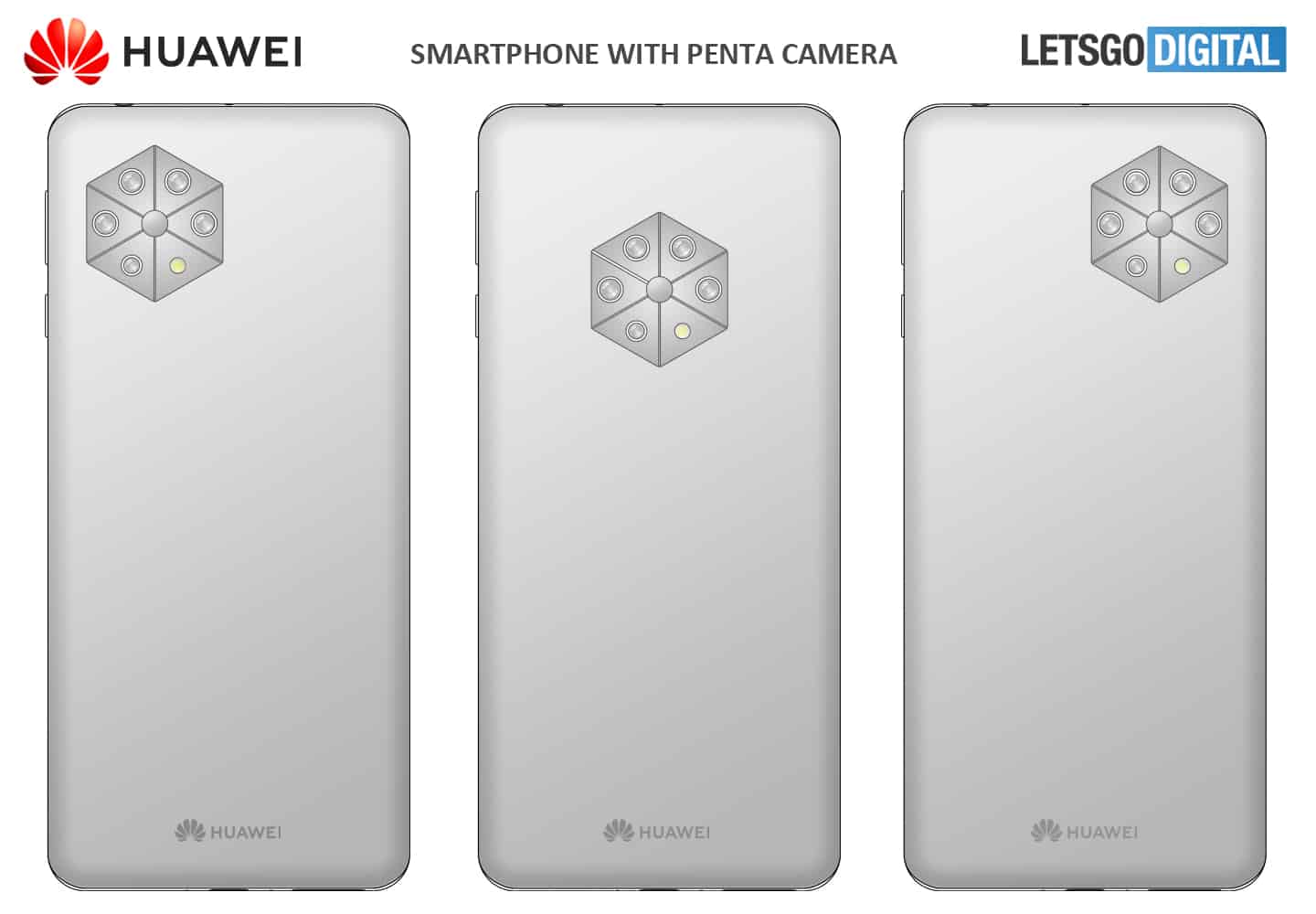 Advertisement
Advertisement
Trusted By Millions
Independent, Expert Android News You Can Trust, Since 2010
Publishing More Android Than Anyone Else
10
Today
153
This Week
100
This Month.
8277
This Year
109749
All Time
Advertisement