The Huawei Mate X2 may launch in 2020 after all. As many of you know, this is Huawei’s upcoming foldable smartphone. The device was first rumored to launch this year, then next year, then this year again… and so on.

We’ve seen a lot of conflicting rumors when it comes to this phone. Well, the device just got certified by the WiFi Alliance. Considering the timing of that certification, it’s highly likely the phone will get announced in 2020.

It’s only the end of September, so… yeah, it’s almost certainly coming soon. This certification confirms that the device will ship with Android 10. It also confirms that Huawei’s EMUI 11 will come pre-installed on it.

The device surfaced with a model number ‘TET-NX9’, in case you’re wondering. It confirms that WiFi 6+ wil be included. The certification listing did not really release any additional information. 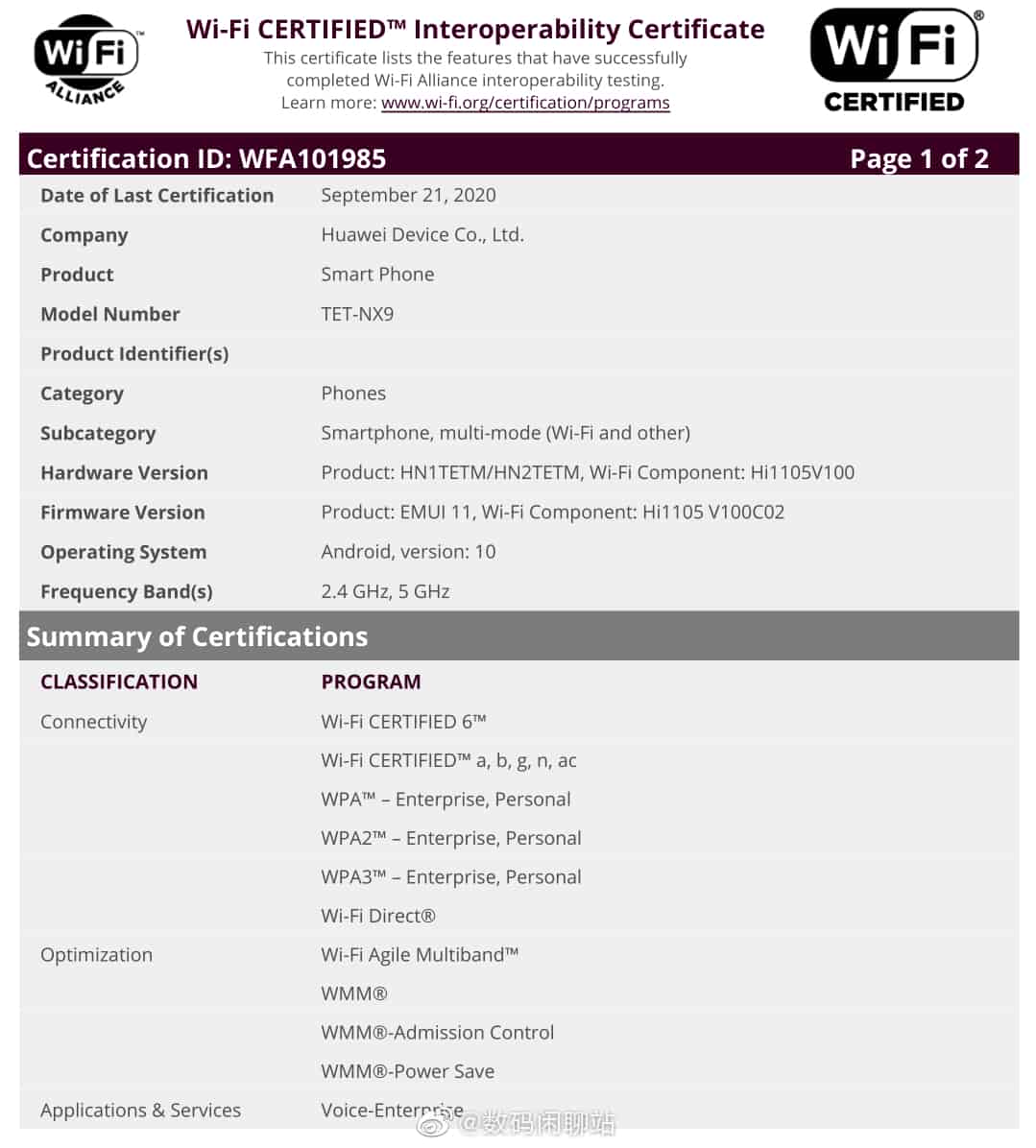 A well-known tipster, however, did. He goes by the name of ‘Digital Chat Station’ on Twitter, and he did share some additional information about the device.

Now, he also confirmed that the phone will be fueled by Huawei’s brand new flagship SoC, the Kirin 9000. That was to be expected, as pretty much every rumor suggested that will be the case.

For a long time, everyone thought that the chip will be called the Kirin 1000, but it seems that won’t be the case. Several rumors claim that Huawei will use the Kirin 9000 name, and this one is no different.

The Huawei Mate X2 will have a different approach than the Mate X and Xs. How? Well, the phone will fold inwards, not outwards. In other words, it will likely have a similar approach to the Galaxy Z Fold 2.

Based on design patents, and rumors, Huawei opted to include a secondary display on the outside, similar to what Samsung has done. This way, the main display will be protected.

Bezels on the device are expected to be quite thin, by the way. The outer display is expected to sport a pill-shaped display camera hole, while we’re still not sure about the internal one.

The phone’s main display probably won’t sport a UTG (Ultra Thin Glass) display, unlike the Galaxy Z Fold 2. It will ship with a plastic display, though that will be an OLED panel.

The phone is expected to offer multiple camera sensors on the back, and those cameras will probably be quite compelling. A side-facing fingerprint scanner is also expected, while the phone will probably be made out of metal and glass.