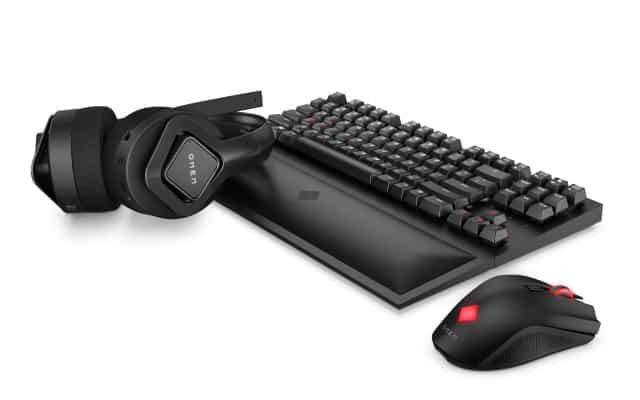 HP today has announced a new lineup of wireless gaming accessories designed to unburden gamers from cables, and the clutter that can come with them.

The new wireless gaming accessories are part of the HP Omen line, as are all HP's gaming products, and will be launching later this year.

Included in the new lineup is a wireless gaming mechanical keyboard, a wireless gaming mouse, and a lag-free wireless gaming headset. While there are certainly benefits to having a corded setup, wireless accessories have gotten a lot better over the last few years. Not to mention they allow for a much cleaner looking space.

If you're looking for a new setup, or just a single new accessory, HP has you covered.

All three accessories will be available by December. In fact both the OMEN Vector wireless mouse and the OMEN Spacer wireless TLK keyboard are already available for pre-order.

HP says the mouse is already available from its own website, but it's listed as out of stock. You can however pre-order it on Amazon (priced at $99), which says the release and shipping date will be October 11.

The keyboard meanwhile will cost $159.99, and is available for pre-order at HP's website with a release and shipping date of October 9.

The last accessory to arrive will be the OMEN Frequency Wireless Headset. This has an expected release window of December but no firm date yet. When it launches it will retail for $169.99. It's a bit pricey, but still better priced than many of the top-tier wireless gaming headsets.

The headset has multi-platform compatibility

The best accessory out of the bunch is the one that's the most versatile – the OMEN Frequency Wireless Headset.

While it's core use was designed for PC gaming, it can also be used with other platforms. Including PS4, Xbox One, Nintendo Switch, iOS, Mac, and Chrome. Interestingly, Android isn't mentioned, but if the iOS compatibility uses Bluetooth, then Android should work as well.

It may even be compatible with PS5 and Xbox Series X/Xbox Series S once they launch this Fall. Though, HP doesn't say as much.

Worth noting though is that Xbox only supports wired connections using the included 3.5mm cable. Any wired usage also supports audio only, which means no voice chat. The only platform that gets the full wireless experience, which utilizes adjustable audio features through HP's OMEN software, is PC.

That being said, it's still a big benefit for gamers. As they won't need to buy multiple headsets if they on more than one platform.