The Google Pixel 5 just got introduced, and following our initial announcement, we’re here to take a closer look at its specifications. Google opted to change things up this time around, and not use Qualcomm’s flagship SoC for its flagship handset.

The Google Pixel 5 comes with the Snapdragon 765G 64-bit octa-core processor. That is one of Qualcomm’s best mid-range chips, it’s not a high-end chip by any means. It does support 5G, however, and so does the Pixel 5.

The device features a 6-inch fullHD+ (2400 x 1080) OLED display. We’re looking at 432 PPI here, and this display does support hDR content. It is a high refresh rate display, as it runs at 90Hz, and it’s protected by the Gorilla Glass 6.

The phone includes 8GB of LPDDR4X RAM and 128GB of UFS 2.1 storage. So, Google opted not to utilize the latest RAM and storage speeds, which is a shame considering this is the most powerful device the company will release in 2020.

It is also worth noting that the Pixel 5 has the Titan M security chip. The comes with Wi-Fi 802.11 ac and Bluetooth 5.0 support. An NFC chip is, of course, a part of the package as well.

A large battery is included, along with fast charging

A 4,080mAh battery is included in the device, and it is not removable. The phone supports 18W wired charging, which is technically fast charging, but not nearly as far as some other solutions out there. 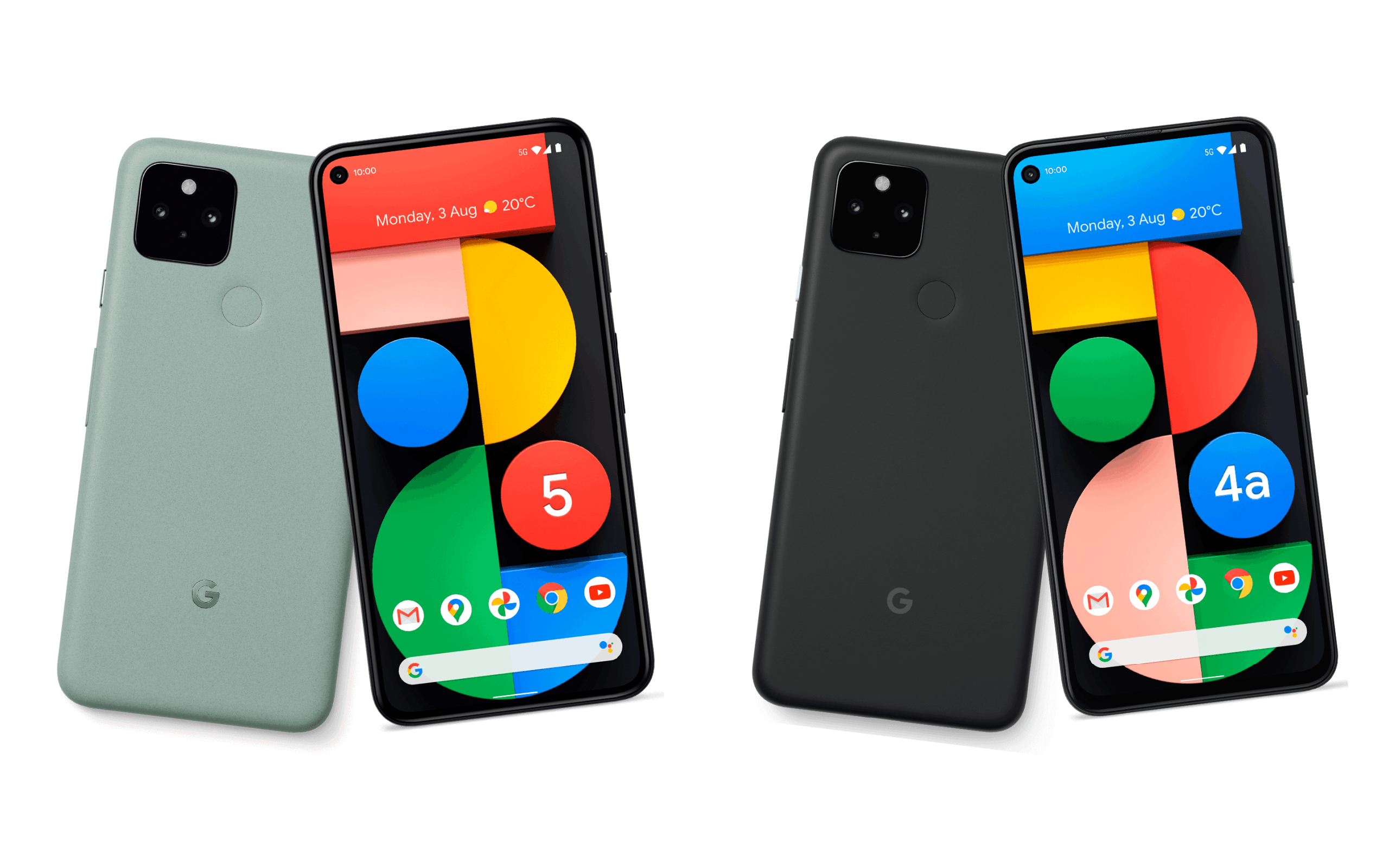 A single 8-megapixel camera (f/2.0 aperture, 1.12um pixel size, 83-degree FoV, fixed focus) is included on the phone’s front side. That camera sits in the top-left corner of its display, as a hole is placed there for it.

A regular, capacitive fingerprint scanner sits on the back of the phone

A fingerprint scanner is a part of the package, and it’s placed on the back of the device. The phone does have a physical nano SIM slot, while it also comes with eSIM support.

Stereo speakers are a part of the package. The main one sits at the bottom of the device, while the secondary is placed above the display. Three microphones are included, and so is a Type-C USB port. The Google Pixel 5 is also water and dust resistant, it is IP68-rated.

The Google Pixel 5 comes in two color variants, Just Black and Sorta Sage. The first one is black, while the second one is green-ish. The device measures 144.7 x 70.4 x 8mm, and it weighs 151 grams.