The Google Pixel 4a 5G sits somewhere between the Pixel 4a and Pixel 5 in terms of sheer power. It is inferior to the Pixel 5, technically, and yet it’s more powerful than its sibling, the Pixel 4a.

Google opted to utilize the same chip on this phone as on the Pixel 5, by the way. We’re talking about the Snapdragon 765G, of course, Qualcomm’s mid-range chip. This processor does support 5G, and it enables the phone itself to utilize it.

The device includes 6GB of LPDDR4X RAM and 128GB of UFS 2.1 flash storage. The Titan M security chip is also included, same as on the Pixel 5. A nano SIM card is also a part of the package, along with an eSIM.

This handset includes a 3,800mAh battery, and it supports the same fast charging as the Pixel 5. The phone comes with 18W fast wired charging. Unlike the Pixel 5, it does not support wireless charging, nor reverse charging.

The phone is made out of plastic

The phone is made out of polycarbonate (plastic), just like the Pixel 4a. The Pixel 4a 5G does include stereo speakers, and two microphones. An audio jack is also a part of the package, which is not something the Pixel 5 can say for itself. 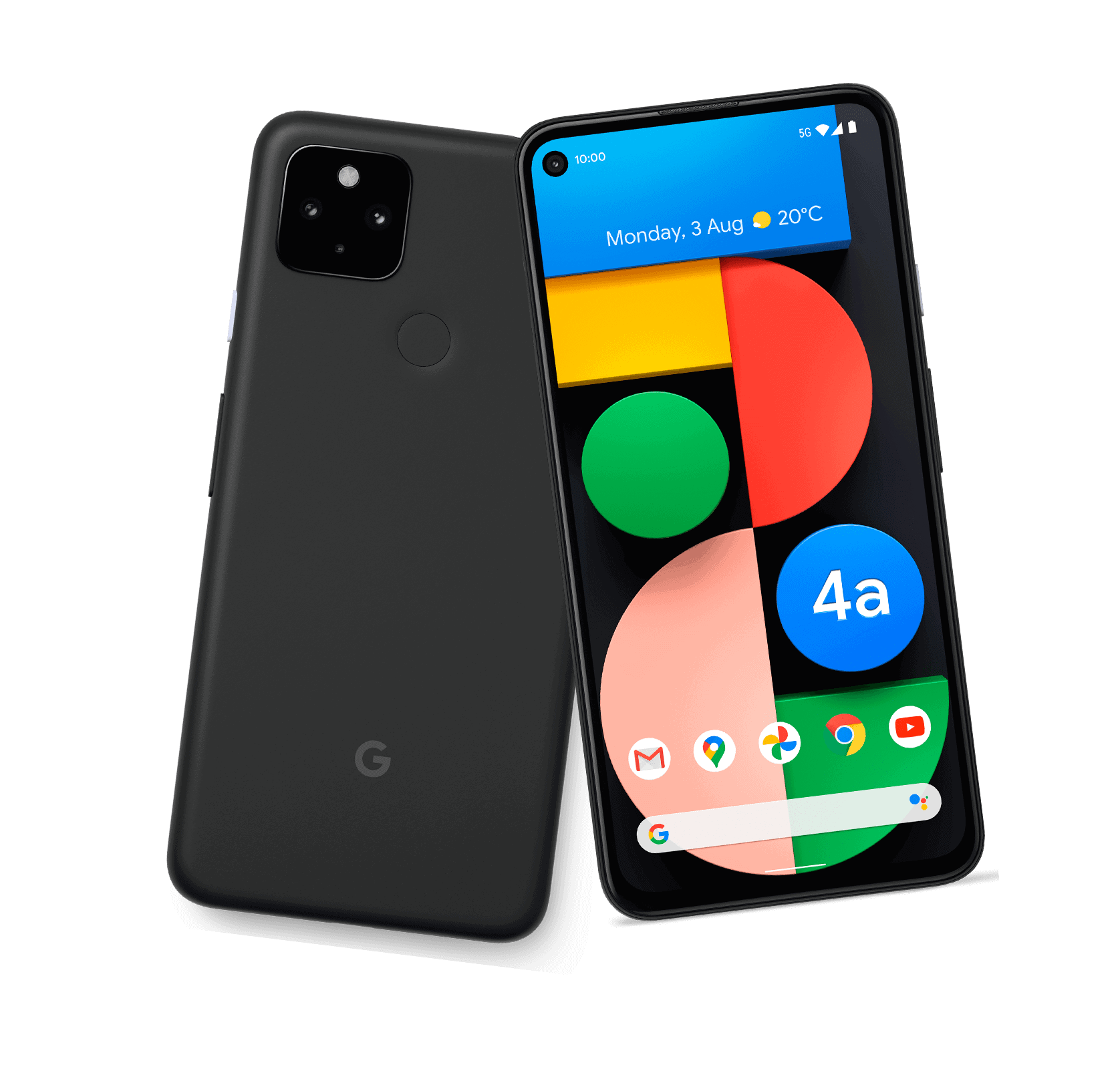 A rear-facing fingerprint scanner is included

A fingerprint scanner sits on the back of this phone, and it’s a regular capacitive unit. Bluetooth 5.0 is included here, as is an NFC chip. The phone supports Wi-Fi 802.11 ac, and it has a Type-C USB 3.1 port at the bottom.

The Google Pixel 4a 5G comes in two colors, Just Black and Clearly White. The phone measures 153.9 x 74 x 8.2mm, while it weighs 168 grams. The phone is not currently available to pre-order, but you can join a waitlist by clicking the link below.