Last week, Google rolled out a new update for the Google Home app that included dark mode and improved smart controls. Now, the company seems to have flipped a server-side switch for bringing the controls of Nest x Yale locks to the Google Home app.

The features like scheduling guest access and history are only limited to the Nest app. Just like on the Nest app, the user has to tap and hold to unlock using the Google Home app. Moreover, there is no way to unlock these smart locks with voice commands.

Google says it is restricting this feature because of security reasons. For example, no one can just shout from outside the window to unlock the door. The Nest smart locks already work with Google Assistant-enabled devices, including the Google Nest Mini and other smart speakers.

There are also a few options to customize like the lock tone volume and enabling/disabling one-touch locking. But the Nest app is needed for changing anything else. From now on, the lock status will be displayed on the app's main screen which Google calls Home view.

The app also shows the unlock button when the smart lock is locked, and vice versa. With this update, this new UI change applies to the other linked gadgets as well. Before this, the app used to show both on and off buttons all the time.

Also, the Google Home app shows whether the previously added lights and switches are on or off right on the home screen. When they are turned on, the lights with the gray icon will turn into a yellow color. On the other hand, the switches will turn green when powered on.

A similar UI change was first introduced in the Google smart displays in May this year. Both iOS and Android users can access these new features by updating their Google Home app to v2.27. Since it's a server-side update, these changes will take a few days to show up on all the devices. 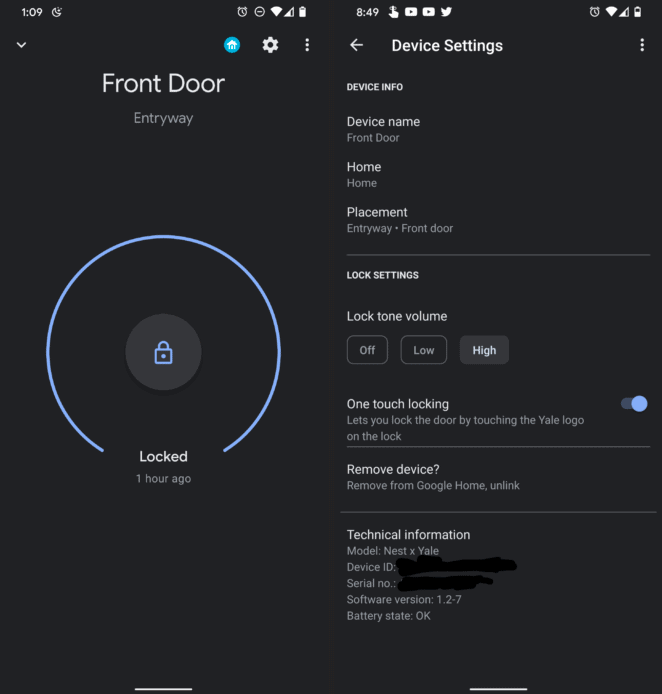