Google is now rolling out a new update for the Files app that brings video playback speed controls and a dedicated PDF handler. The Files app was previously called Files Go available on Android Go devices.

However, back in 2017, Google pushed the Files by Google app as a dedicated file manager app for the users. During the course of time, a lot has changed and new features have been added.

Now, any Android user can download the Files by Google app on their devices. Besides, if you also happen to be a user of the Files app, then a new update is live for download.

As per XDA, the new changes are reflected in the version number 1.0.33. Notably, you can now control the playback speed of any video via a built-in video player.

Apparently, the option is buried under the 3-dot menu, located on the top right corner. You have the option to control the video playback speed between 0.5 to 2x at increments of 0.1.

Basically, you get video playback controls of 0.5, 0.8, 1.0, 1.5, and 2.0 options. Interestingly, this feature is not available on the video play of Google Photos. So, this is a nice touch for the Files by Google app.

Another welcome addition to the Files by Google app version 1.0.33 is the in-built PDF handler. Previously, for opening any PDF file via the Files app, you had to install a third-party PDF viewer app on your device.

Fortunately, Files by Google app is now self capable of handling PDF files and you do not need to install any extra application in order to view PDF files.

This also negates the need for installing a dedicated PDF viewer app, just for the sake of viewing PDF files. A great feature for the Files app users.

However, note that there is a PDF viewer in-built with this new update. For editing your PDF files, you still need to download a PDF editor from the Play Store or your trusted source.

When you tap on any PDF file, if not set any defaults, it will populate all the possible actions that you can do to open it. In the list, you will also see Files by Google app name. Tap on it to view your PDF within the app itself.

The update version 1.0.33 has been out for a few days on the Google Play Store. If you haven’t updated the Files by Google app already, then you are missing out on some great new features. 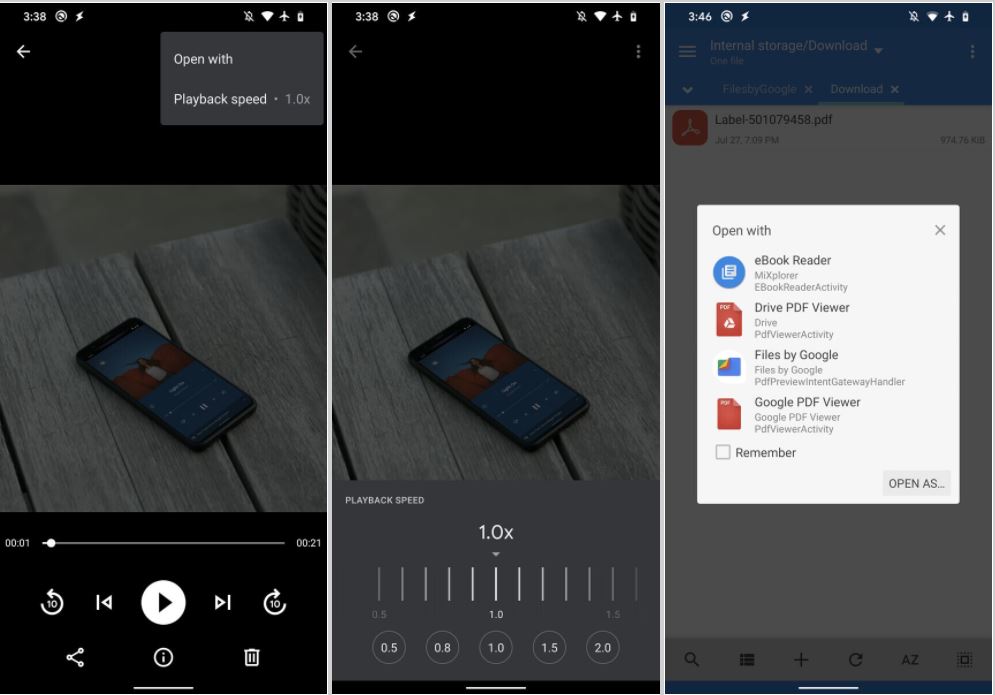