The company announced that the Google Duo for Android TV will carry the same UI and other features. And the Android TV app carried all that was expected out of it.

The Google Duo for Android TV OS is available to download from the Android TV App Store. This enables the users to attend meetings on their big screens.

For those who are wondering how the app will work on Android TV without a camera. Well, Google thought it out ahead of you, and it allows the users to attach any USB camera device to the TV to use Google Duo.

Preferably, as pointed out by us in the previous post, an Android compatible plug-n-play USB camera would be more appropriate to use.

According to a report by 9to5Google, the new update brings improved support and some more subtle new features that would help you treat Google Duo as an Android TV app.

After arriving on the Play Store back in early September, a new update is already live for the users. It makes the app more compatible with the Android TV OS.

Google Duo now supports Android TV's home screen. Meaning that you can place the icon of the app in the favorites row.

This would enable the users to quickly launch the app and connect a video call with their loved ones. You can now access the app from the "app drawer" itself.

However, there are no in-app changes or features that have been added to the app. The features remain the same, but it is good to see that Android TV compatibility is improved.

Once you run the app, it will show you the familiar interface which you see on the smartphone app. Making a call is functional, and if you are opt-in for the voice-only call, it will use the TV remote's inbuilt microphone to connect voice calls.

But there is still a caveat. Receiving video calls on Google Duo Android TV app is still not available. On the positive side, we presume that this is something Google may be already working on.

So, it is better to give some time to the app to mature. We will keep an eye on the lookout if any new changes come to the Duo app for the Android TV OS. 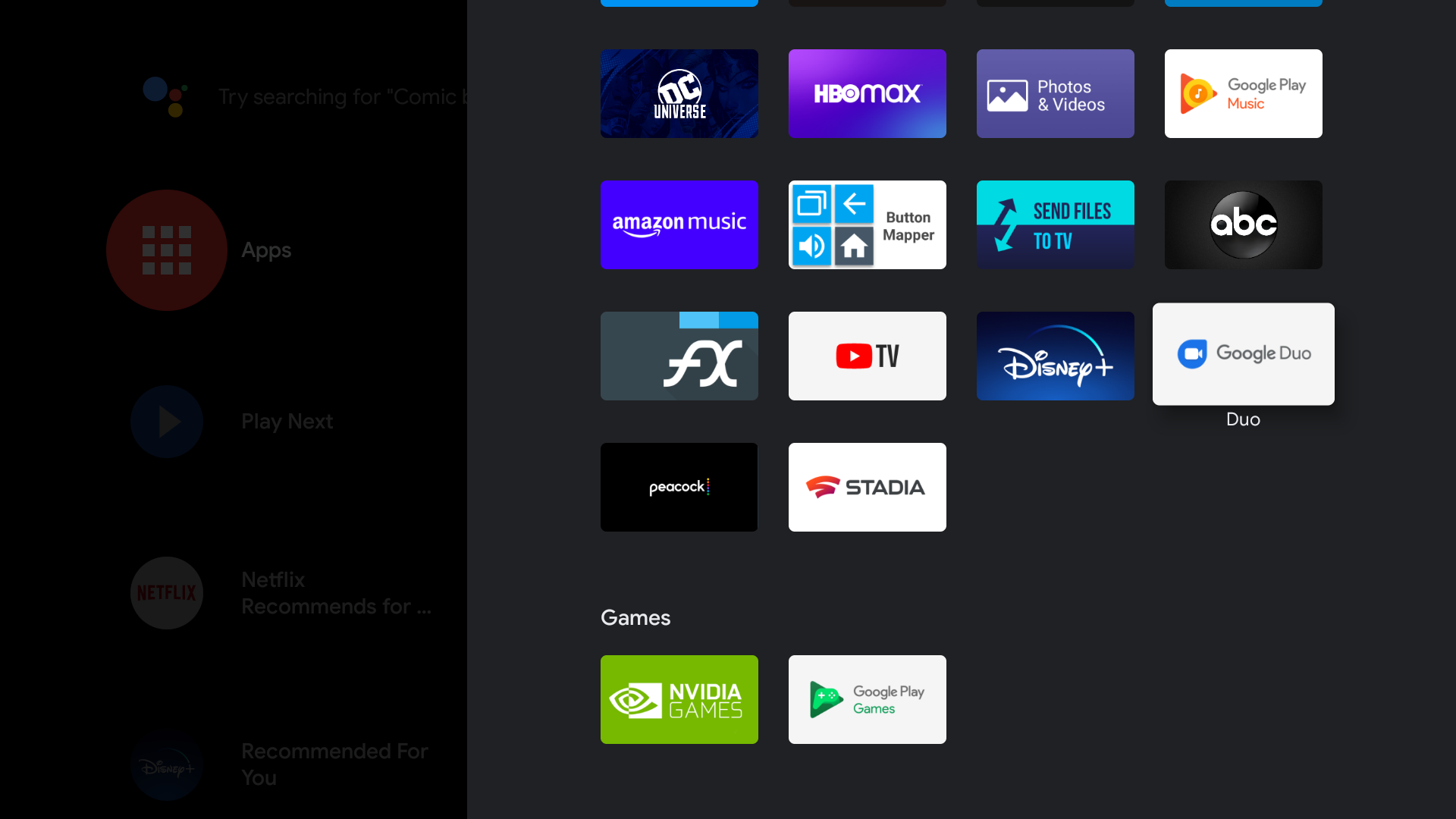