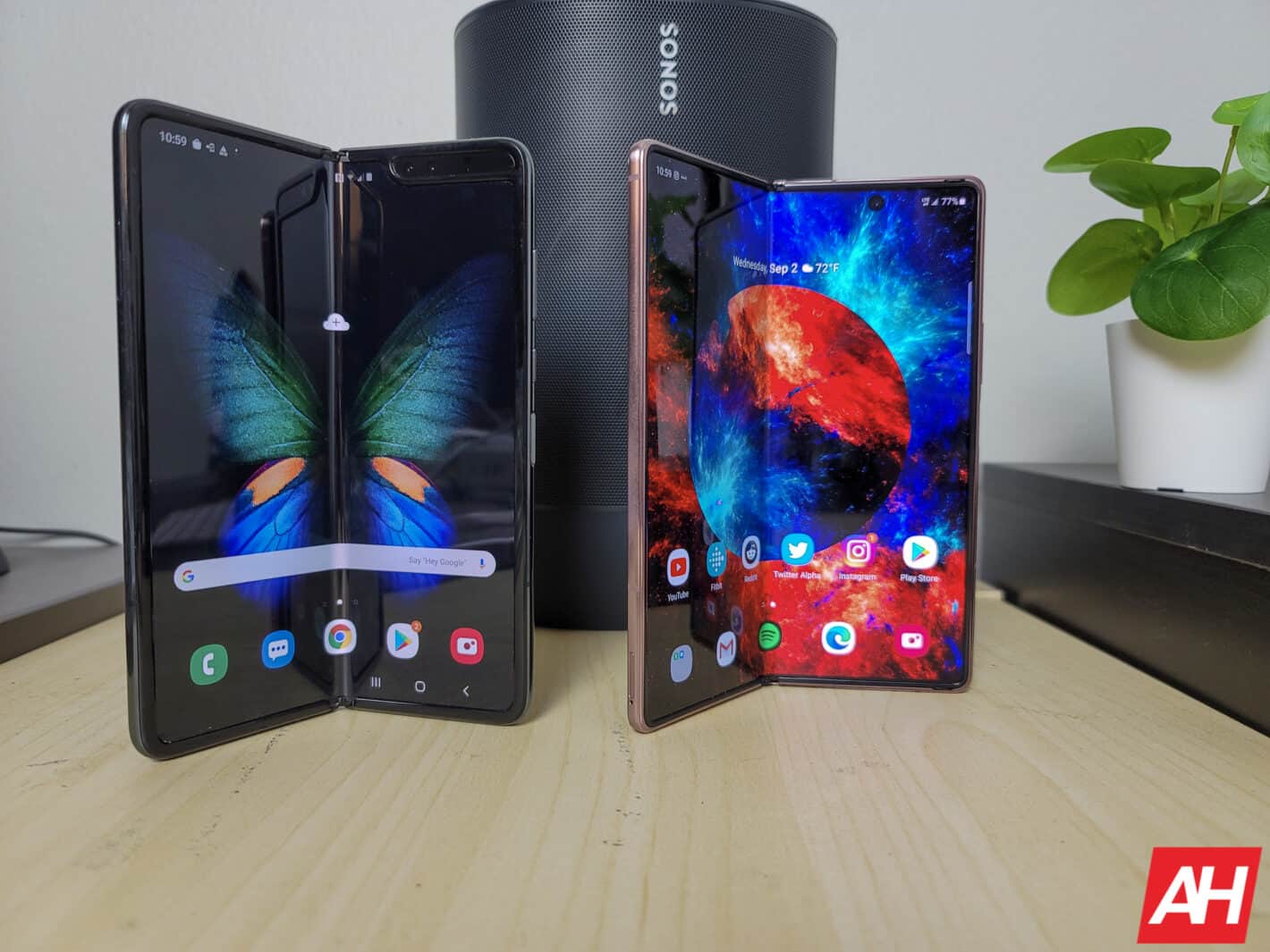 The Galaxy Z Fold 2 is now official, and we’ve had it in our hands for a little more than 24 hours. And we can confidently say that this does not feel like a successor to the original Galaxy Fold. It feels like a totally different phone, and possibly even a different product line. A lot like how the Galaxy S and Galaxy Note smartphones feel distinctly different.

It mostly comes down to the hardware, as the software has changed but not as drastically.

Samsung redesigned the hinge this time around, and made it a lot more like the Galaxy Z Flip’s hinge. Which is stronger, and seems more confident. It also has its “Sweeper technology” inside, which is just a collection or bristles that sweep out the dirt and dust every time you open and close the device.

Now with the Galaxy Z Fold 2, it takes a bit more force to open and close the device. This is also due to Flex Mode. Where you have the ability to open it part way, and use it at different angles. You can’t do that on the Galaxy Fold, since it is either opened or closed. Nothing in the middle.

Additionally, the Galaxy Z Fold 2’s hinge just sounds better. With the original Galaxy Fold, it sounded a lot like a crunch, when you open and closed it. The new hinge is mostly silent. There is a small “snap” when you unfold it completely. Which does sound a lot better than the Galaxy Fold’s crunch does.

The Galaxy Fold was definitely a prototype when it launched last year. And if anyone thought otherwise, just take a look at the initial launch in April that got pushed back due to many units breaking in reviewers hands. Samsung went back and re-engineered the Galaxy Fold a bit, and made it a better device, but it was still very much a prototype.

Now with the new Fold 2, it definitely feels like it’s a finished product. It’s got more metal inside, it feels more solid in the hand too. The more angled corners does definitely help with that feeling, almost making it feel like a Galaxy Note device.

On top of that, the screen no longer feels like it’s plastic. Even though it is. This is because Samsung is using its Ultra Thin Glass that it debuted on the Galaxy Z Flip earlier this year. So you’re getting a very thin layer of glass, while the rest of the display is plastic. As folding glass isn’t really a thing, so there has to be some plastic in there. It just makes the device feel more premium, and it should, seeing as this costs $2,000.

The crease is still evident on the Fold 2, but it is not nearly as easy to see or feel as the original Galaxy Fold was. Samsung made some changes inside the Fold 2, which allows the crease to be less noticeable. Which is a step in the right direction. It’s not quite gone completely, and that might never happen. But it is definitely less noticeable, which is nice.

Software is even more optimized

To be honest, there isn’t a lot that’s new, on the software front with the Galaxy Z Fold 2. The biggest changes come from the Galaxy Note 20 Ultra lineup. Like the Adaptive Refresh Rate, and plenty of camera features. But Samsung did also take the time to refine the software that is meant to take advantage of this dual display phone.

On top of that, Samsung added Flex Mode. Which we saw on the Galaxy Z Flip already. Only a handful of apps support it, but it is a really neat mode to use. On YouTube, you can use Flex Mode to have the video take up one half of the screen, and the other half for the comments, suggested videos and such. It also works great in the camera app. So on one side is the viewfinder, with the rest of the camera UI on the other side. There are other apps that also support it.

However, the Galaxy Z Fold 2’s biggest problem is still developer support. Until developers commit to working with these larger displays, and weird aspect ratios, the Galaxy Z Fold 2 is still going to be a pain to use for some apps. Like Twitter. Which just stretches across the entire screen. It’s almost better to use it in multi-window, than as a single app. Instagram is even worse, as it sort of crops in and basically gives you black bars on either side of the app.

The software is getting there, but still has a bit of a ways to go, unfortunately there’s not much Samsung can do there.

After holding the device, the price isn’t that surprising

The biggest issue with the Galaxy Z Fold 2 is its price. Instead of going down like many thought it might, it actually went up. Only by a measly $20. But this time around you aren’t getting a case in the box, nor any type of headphones. Last year, you got a case plus the new Galaxy Buds. So it took the sting out of the $1980 price tag. This time around, you don’t get any of that, and it’s now $1999.99.

Now at first, I thought this was a mistake for Samsung to offer the Galaxy Z Fold 2 at that price. Especially given the current economic climate. But after holding this phone, it is definitely worth that price. This is a very premium device. But not only that, most people shouldn’t buy this phone. And that is likely part of the reason why it is priced so high. Samsung doesn’t want the Galaxy Z Fold 2 to be a super popular device. As it is still very new technology, and really only made for those early adopters out there. Not made for your mom and dad who need a new phone.

Foldable prices will come down, but it’ll be a few years. As this technology is very new, and companies like Samsung are still working out the kinks.