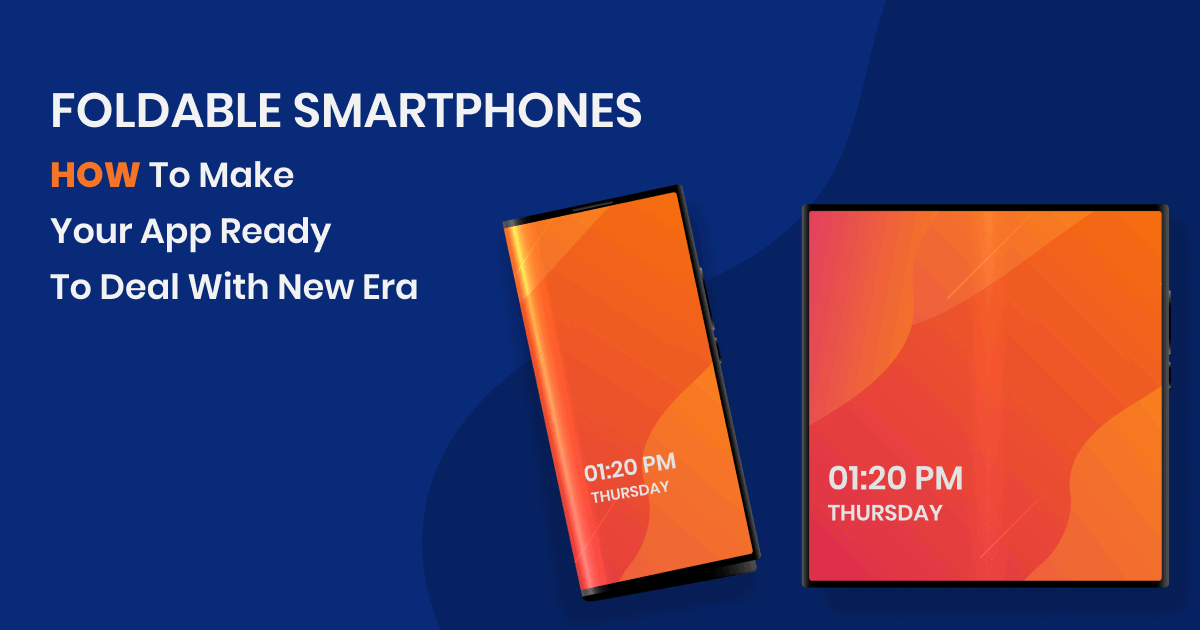 Talking about foldable smartphones, you might be knowing that they came into existence in the market in February 2019 having a variety of features and patterns. A foldable smartphone is a kind of phone that you can fold in half. Some of the phones can be folded vertically and some horizontally but one thing that every foldable phone has in common is that they can get turned into a smaller device from a bigger one.

The imperative point about foldable smartphones is that you can enjoy a big screen that will need a little space in your pocket. You can have the benefit of smartphones and tablets both in just one device. Also, the foldable smartphone allows multi-tasking that helps any person to manage multiple tasks at the same time and on the same screen. Folding phones is a cool concept that is rising day by day with the escalating use of mobile phones.

The dependency of foldable smartphones is mostly on the flexible OLED display technology that offers thin screen panels. OLED technology is useful for making smartphones and smartwatches more and more thinner.

Foldable smartphone shipments are going to reach around 50.1 million units by 2022 as compared to 3.2 million in the past – Forecasted by Statista. 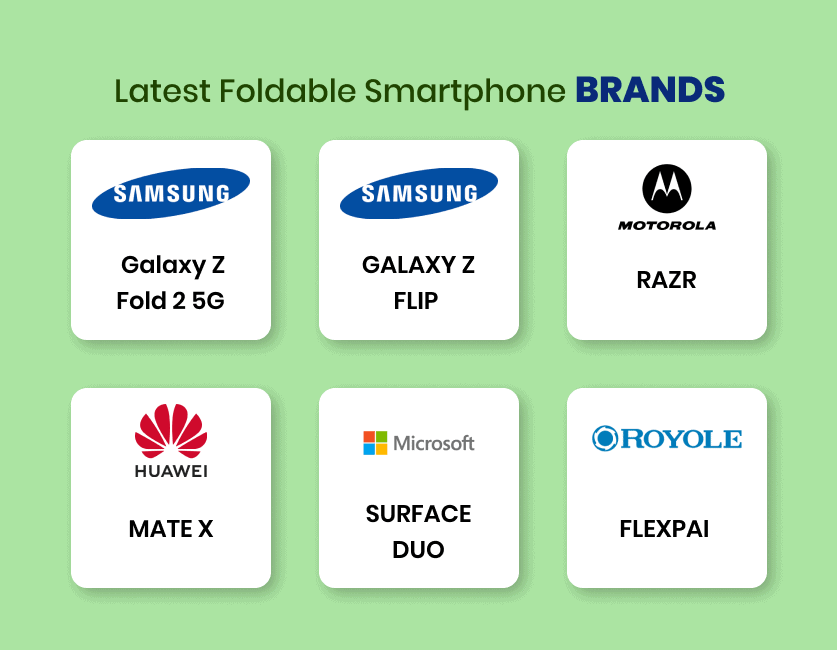 The cost of Samsung Galaxy Fold is around 1.65 lakhs in India that has a screen of 4.6-inch and when you unfold it becomes 7.3-inch just like you open any wallet.

The design of the Samsung Galaxy Z Flip reminds the old memory of flip flop phones. The exterior of the phone has a 1.1-inch super amoled screen that will let you know about incoming calls, alarms and other notifications. Also, it will show you the date and time so that there will remain no need for opening the flap again and again.

The price of Motorola Razr is around $1500 as per the report which has an interactive quick view display with a flippable and pocket-ready design.

Huawei Mate X folds with the screen outside just like the Galaxy Fold. Huawei has confirmed the pricing of the 5G phone would be around 2299 Euro. After opening it fully, it will have the screen of the 8-inch tablet.

It is the first foldable smartphone that got launched by Royole in November 2018. The price of Royal Flexpai is $1300 that has a display of 7.8-inch.

Android developers guide to develop an app for foldable smartphones

When it comes to Android app development for foldable smartphones, then there are certain things that a developer should keep in mind.

The feature of resizable is the best feature of foldable smartphones as the screen can become small and large at the same time providing with multi-window mode. While crafting the app, the developer should make sure that the app should run flawlessly on both the screens. The developer can do this by setting resizeableActivity=True. Go for testing the behaviour of your app in the split-screen or using a Foldable emulator. 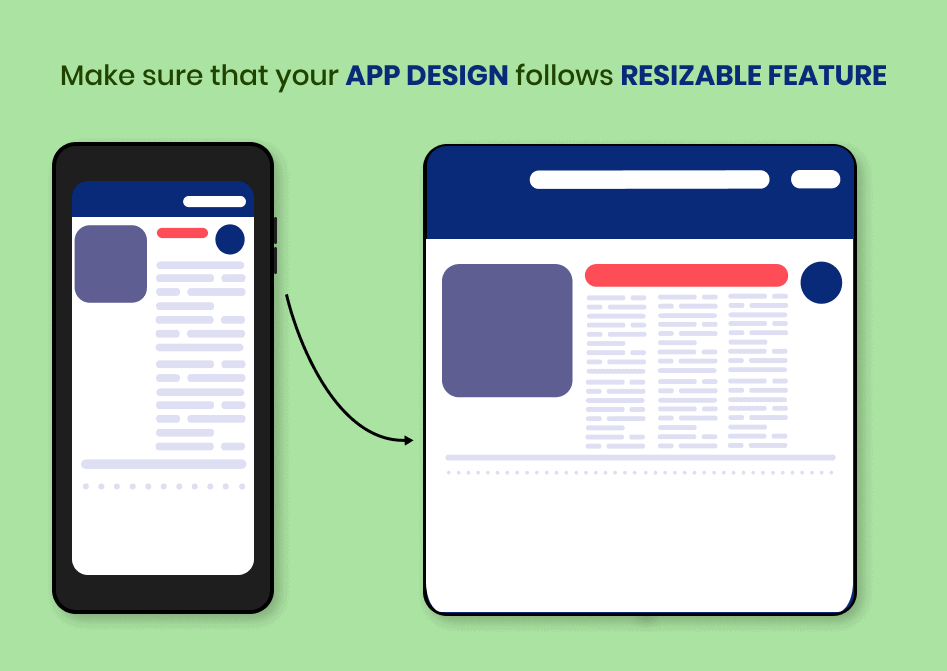 As the foldable smartphones are different from the traditional ones, people will use their one hand in the unfolded state and after it will get converted to a bigger size, they will use their second hand also. Your design should be run synchronously in both the modes without disturbing the UI and UX elements. 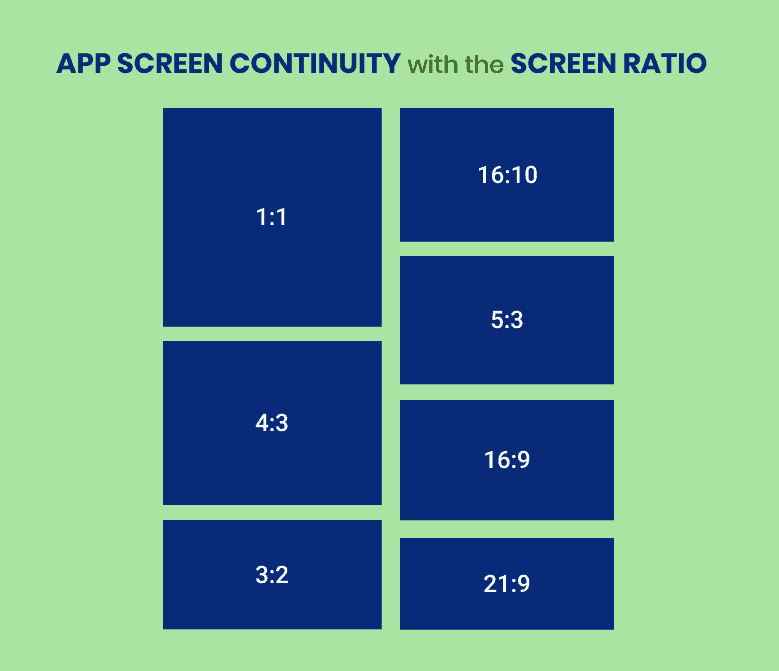 Maintaining the app screen continuity for foldable smartphones is a vital aspect. The foldable smartphones will automatically get change to one screen state to the other without any errors, the app should have the capability to stick with the screen changing scenarios without showing any inconsistencies and errors. The app resizable is an important feature through which you will get app screen continuity.

Talking about screen ratio then the foldable smartphones will surely going to vary the screen sizes with the new designs in the device. Your app should be compatible with every device and you must not forget to test your apps on as many screen ratios as you can to avoid any inconsistency.

You might use the maxAspectRatio and minAspectRatio for showing the high and low ratios of your app that it can manage. If the screen exceeds its limits, then the app will on its compatibility mode. 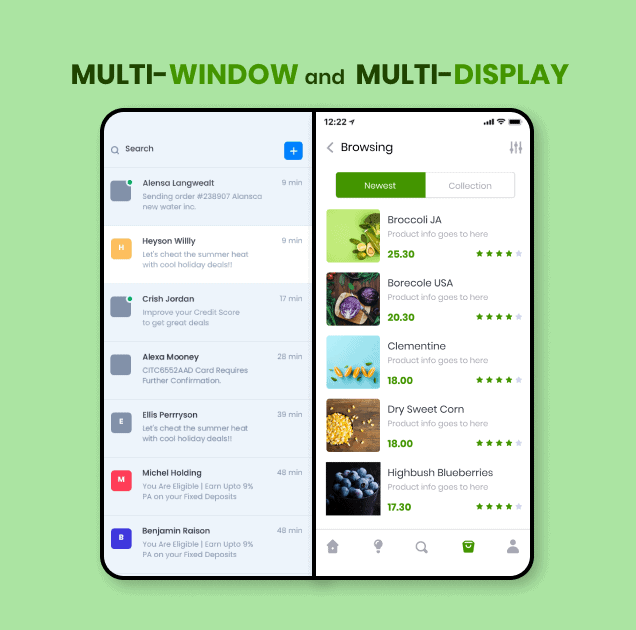 Having multi-windows on your phone screen is not a new feature as Google has provided this facility for a long time. With the introduction of foldable smartphones, you can run multiple apps at the same time without any interruption.

If your app is not providing proper support for multi-window then you can set resizeableActivity=False.

Android 10 support multi-display features on foldable smartphones. If you are running an app on the device with multiple displays then moving from one display to another becomes easier. Also, Android SDK offers such kind of approach for this kind of functionality that will help to change the landscape and portrait orientation.

How foldable smartphones are impacting the trend of app development

The foldable smartphone has raised the level of smartphones in the market and users will also expect that the apps should run on their devices without any flaws. The quality of the mobile application has become a vital need of the user to get a hassle-free experience.

An app that will run slow or is not performing well then it may annoy users. For this cause, before launching an app to get run on a foldable smartphone, you must opt for proper testing of that app. Also, it can be done with the help of running a foldable emulator for knowing the consistency of the app.

An app that is about to get designed to run on a foldable smartphone will have to go through many testing levels. Then only an error-free and smooth running app will get created that will run flawlessly on multiple windows.

As the technology is rising its level, the cost of everything is also increasing at an unexpected rate. Mobile app development requires a lot of time and when it is about foldable phones then it will require more time than normal. You should get prepared to invest the money as well as more efforts as compared to traditional phones and apps.

Mobile app development for foldable smartphones is not that much complex as it seems in the starting phase. Having a professional and talented app development team, you can create feature-rich and flawless apps that will run easily on the foldable devices. You just have to focus on the app testing part before you launch it in the market. The foldable smartphone is a great concept and it will be going to evolve with time in the market.