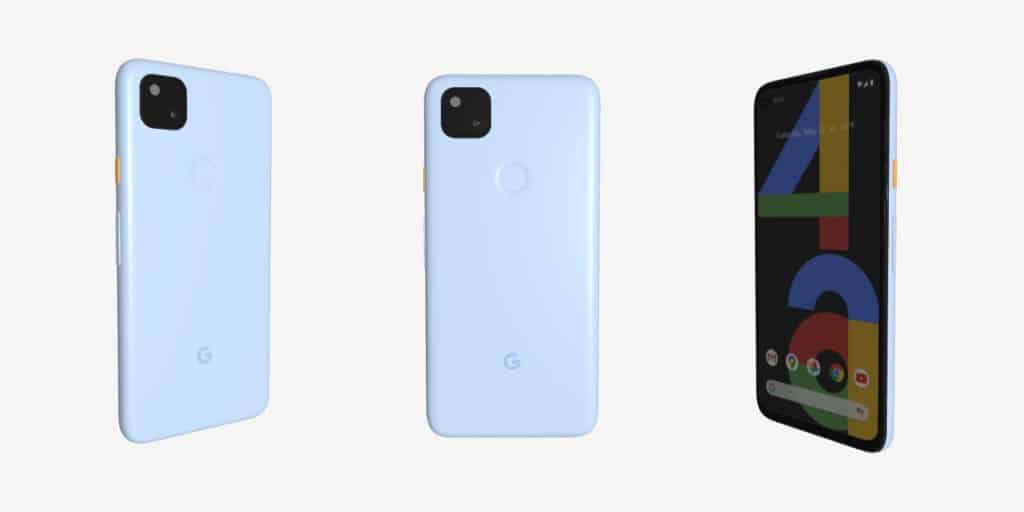 Google was planning on launching the blue Pixel 4a, but that didn’t end up happening. Well, that variant of the phone did just surface, and in official renders, actually.

If you check out the gallery below the article, you’ll be able to see the phone. As you can see, this is a very light coating of blue color on a white phone, it’s blue-ish more than blue. It does look quite nice, though.

It would be really great to have this option next to the black variant. Not everyone likes the black color, so a contrast to that would be nice to have. Unfortunately, Google opted not to release this model, for whatever reason.

This variant got discovered by 9to5Google in the Google Store’s code. 3D previews of this phone were added there, and could be accessed. There is a slight chance that Google may change its mind, and release this phone at some point. We’re only guessing, of course, who knows what will happen.

This smartphone would have probably be called “Kinda Blue” or something like that, due to its subtle blue-ish hint. Google likes to play around with names, we all remember “Oh So Orange” Pixel 4, and “Clearly White” Pixel 3a.

Other than the slight blue-ish hint, this phone also includes an orange power button on the right. That button contrasts its color, and brings some flair to the design. We’re used to seeing such moves from Google.

The Google Pixel 4a was announced quite recently, and it’s now available to purchase in a number of regions. The device is considered to be one of the best mid-range phones on the market.

Why? Well, it has one of the best cameras around, the performance is good, the size is perfect for most people, and so on. The phone’s price tag is also a huge factor, as the device is quite affordable.

This handset is not perfect, but it’s excellent and affordable

This handset does have its shortcomings, of course, but those are quite easy to forget considering its price. It also offers really thin bezels, fast charging, and a reliable capacitive fingerprint scanner.

The Snapdragon 730G fuels this handset, while the device includes 6GB of RAM. Its battery is not huge, but the battery life is good enough, while the phone looks quite minimalistic.

If you’d like to know more about the Google Pixel 4a, check out our full review of the device. This phone is definitely worth considering if you’re on a budget.