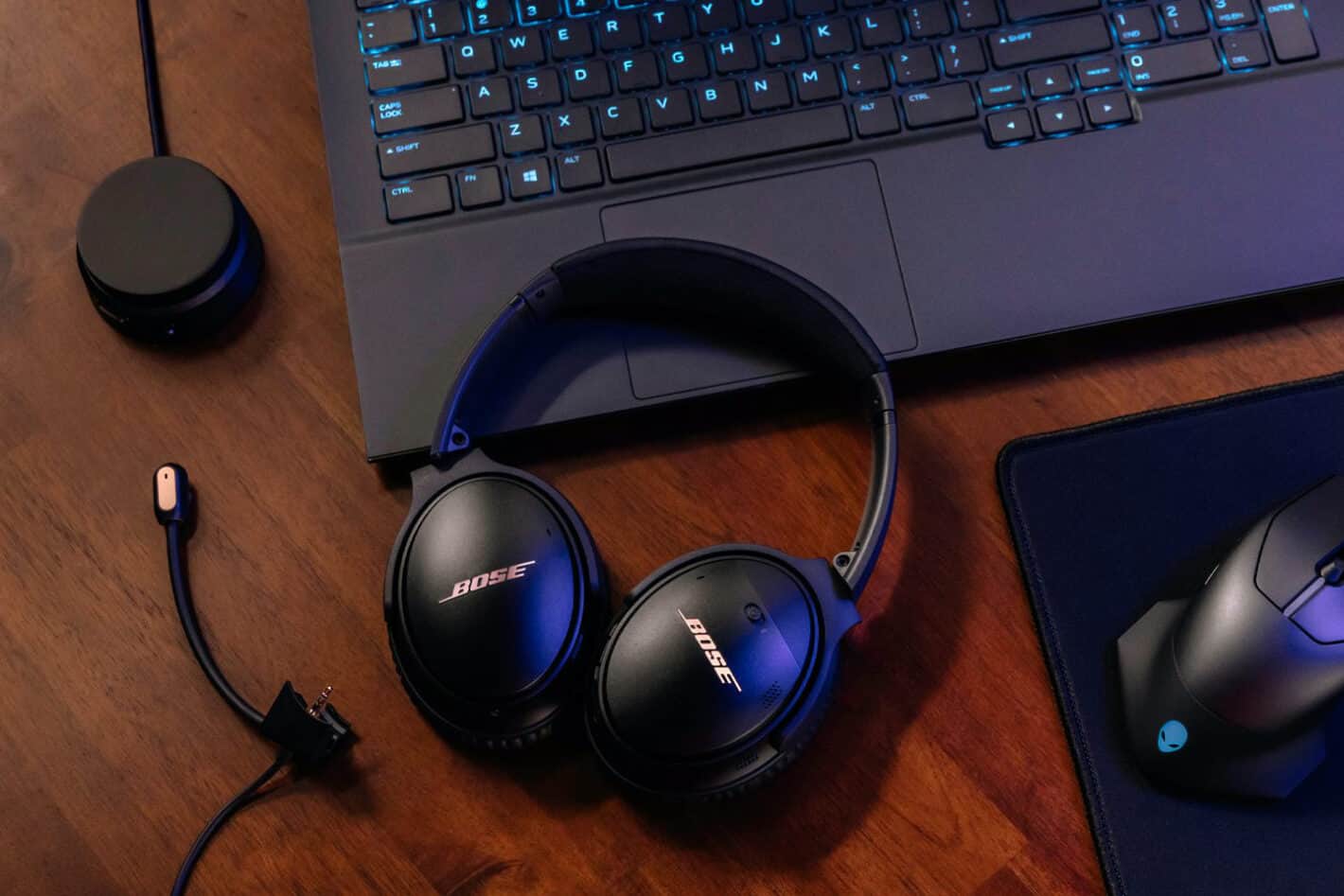 Bose is officially dipping its toes in the gaming market, having just relaunched its Quiet Comfort 35 II headset for gamers.

This was leaked earlier this year, but at the time Bose hadn't confirmed the headset's upcoming release. It also wasn't entirely clear at the time if it would be a brand-new headset or just an add-on for the already available headset.

Turns out it's both. Kind of. Bose is selling the Quiet Comfort 35 II as a new headset bundle that comes with the gaming piece, which is a boom mic that you plug into the headset. It's still the same headset though.

If there's any downside to this offering, it's that the headset goes from wireless to wired. The boom mic that plugs into the bottom of the headset has a cable attached to it, and you'll have to plug that into your PC.

That aside, the headset can still be used wirelessly outside of gaming. Or even while gaming if you don't need the chat features.

The benefit of the mic is that it allows you to chat with the superior audio quality that Bose offers and chat at the same time. Not to mention these still have the active noise cancellation. In addition to the mic, the headset comes with an audio controller that can be plugged into the PC via USB.

This controller lets you adjust the volume for both in-game audio and chat audio. On top of all that the boom mic is both Discord-certified and TeamSpeak-certified. So you know the chat will be pretty good.

You can't buy it yet, but it is up for pre-order

The headset hasn't officially launched as it's not up for sale quite yet. You can pre-order it however. Though at the moment it looks like it's only available from Bose directly.

Eventually it should pop up on Amazon and be available from other retail partners. Wherever you buy it, it won't be cheap. The Bose Quiet Comfort 35 II Gaming headset is going to retail for $329.99. Which is what the headset cost when it was released in its non-gaming form.

So there's no change to cost, and that's really to be expected with a headset of this quality. That being said, as pricey as it is, both the audio quality and the mic quality are probably going to be hard to match.

There might be very few headsets that give you the same quality while gaming. And even then they'll be just as expensive. At least with these, you can use them as a proper Bluetooth headset when away from home.