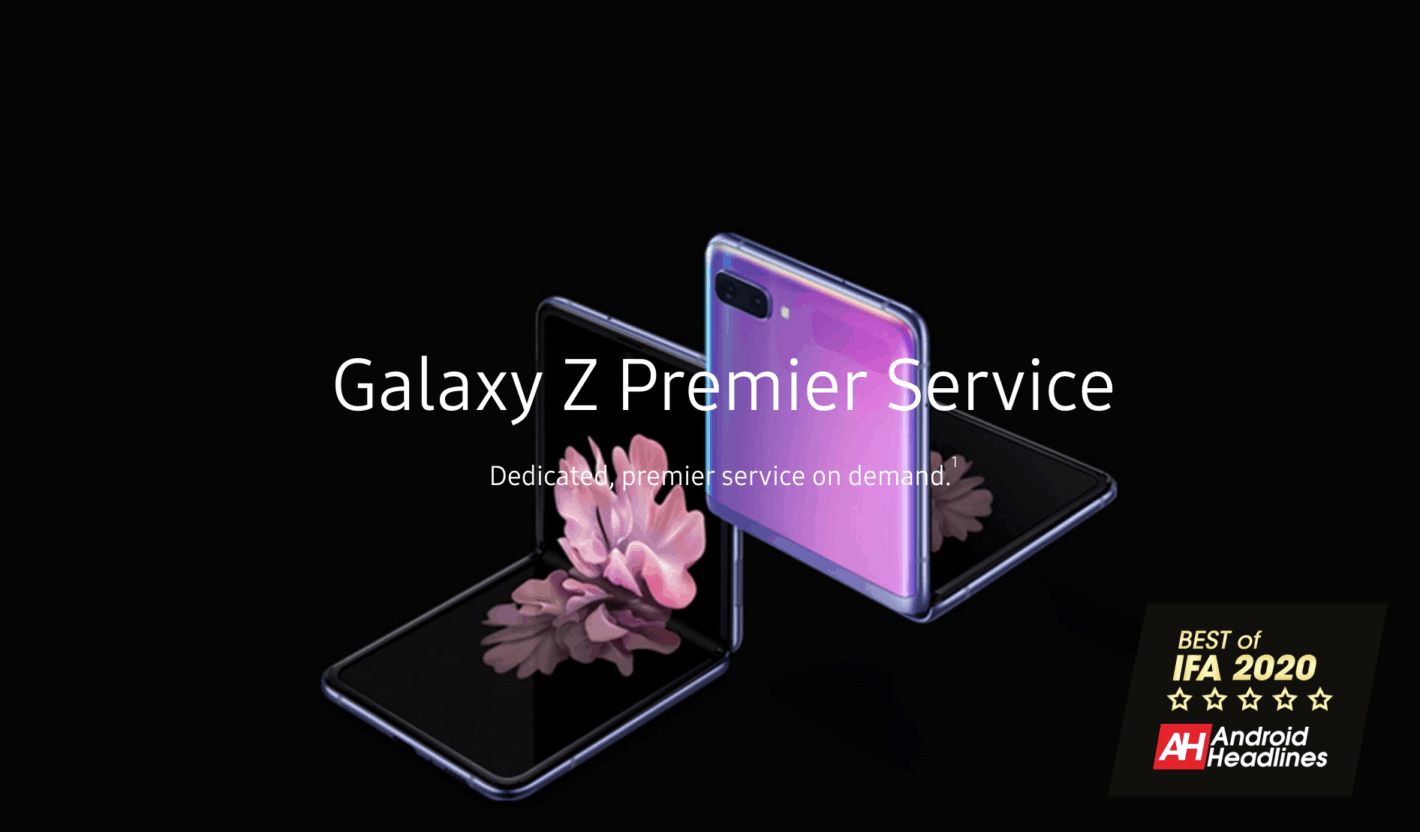 Last year, Samsung launched the Galaxy Fold Premier service with the Galaxy Fold, which has since been renamed “Galaxy Z Premier”. It is more than just a premium customer service program that comes bundled with your foldable.

It’s a pretty impressive program, that costs nothing extra. Which is why the Galaxy Z Premier service is being honored with a Best of IFA award.

With Galaxy Z Premier, you will get an on-demand support team that is dedicated to helping you and your device – which is being called “Galaxy Z Concierge”. These support representatives are going to be more knowledgeable about your device than normal. And that is because they only deal with a handful of different devices – right now, the Galaxy Fold, Galaxy  Z Flip, Z Flip 5G and Z Fold 2. Customers can access this dedicated team through the Samsung Members app, or by calling the exclusive phone number.

Samsung also offers up a one-time screen replacement for the Galaxy Z Flip and Z Fold 2 at a discounted cost. That’s $119 and $149 respectively.

The reason for this, is because these foldable screens are newer tech and are likely to break more easily than the traditional glass displays. Partly because they are softer, since there is a layer of plastic on them.

You will also get same-day repairs at some designated locations. Or expedited mail-in service. Allowing you to get your phone back as quickly as possible.

Where these foldable displays cost many hundreds to replace, offering a discounted one-time screen replacement is a really good idea. This way customers can use their phones like they normally would, without really needing to fear breaking their displays, and having to pay for a new one.

Galaxy Z Premier is more than just customer support. Starting with the Galaxy Z Fold 2 launch, Samsung is also adding a few other perks to the service.

This includes getting a year membership to FoundersCard. If you’re unaware of what FoundersCard is, it provides unprecedented access to the world’s hottest brands and business opportunities.

Additionally, you also get a prepared meal from a Michelin star restaurant. And ClubCorp is also included, which is a big deal for the golfers out there. It owns or operates more than 200 golf and country clubs and business, sports and alumni clubs worldwide. Allowing you to golf at any location, thanks to the purchase of a Galaxy Z Flip or Z Fold 2.

It’s a service worthy of those spending nearly two grand on a Galaxy Z device, and that’s why AndroidHeadline is giving the Galaxy Z Premier service a Best of IFA Award this year.