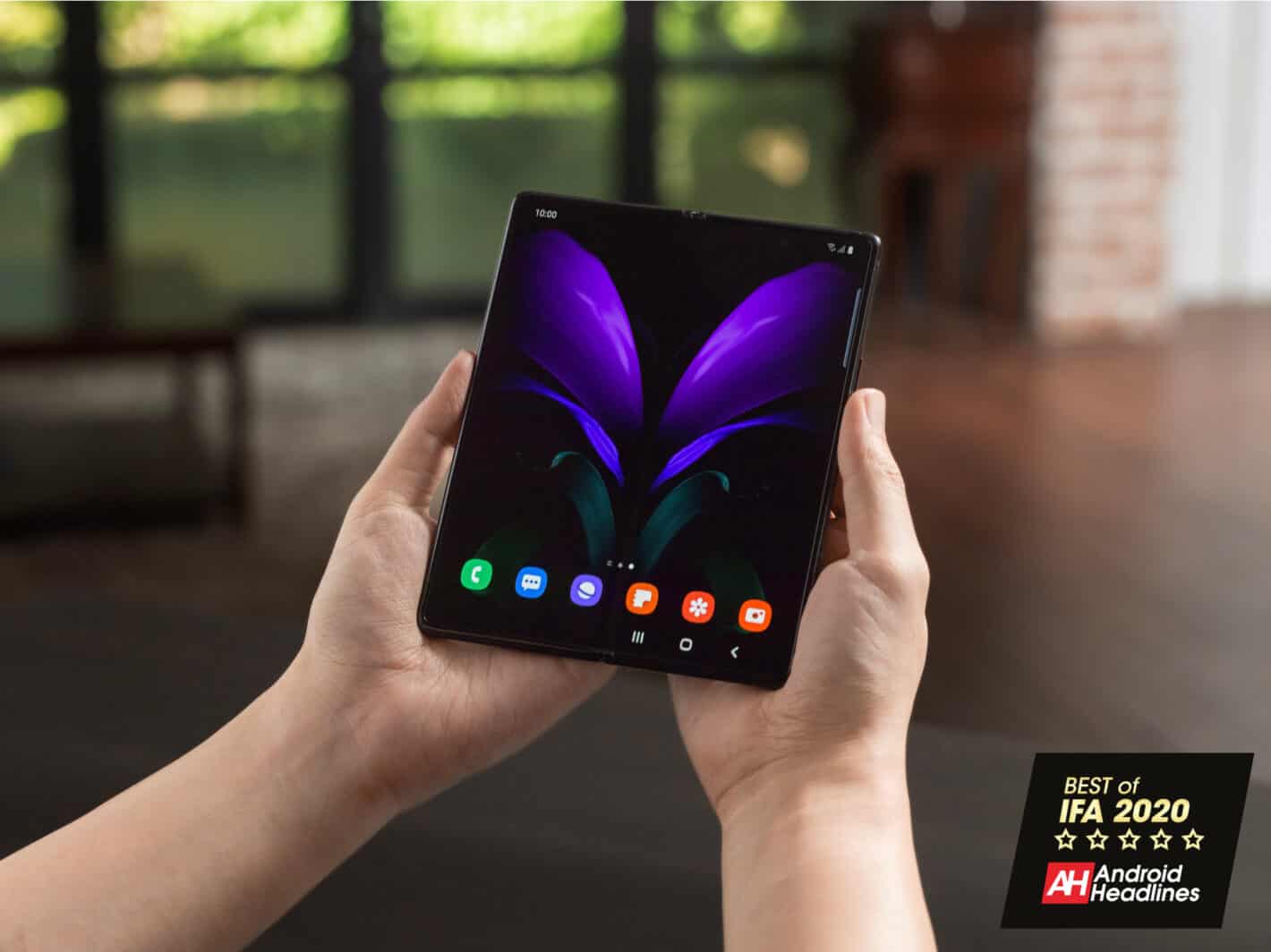 Galaxy Z Fold 2 shows no other company is innovating like Samsung, right now

Regardless of your thoughts on foldable phones, you have to admit that the rate that Samsung is innovating in this space, is truly incredible. They are far ahead of all of their competitors right now. And the Galaxy Z Fold 2 is miles ahead of the Galaxy Fold which was announced about a year and a half ago. Which is why we are honoring the Galaxy Z Fold 2 with a Best of IFA 2020 award.

The Galaxy Z Fold 2 offers two displays, with an external 6.2-inch HD+ display, and then a foldable 7.6-inch display inside, that allows you to get more work done. Samsung improved on these displays by making them almost bezel-less and using their Infinity-O displays for both. It also improved the folding display by using its Ultra Thin Glass (UTG), making it thinner, and more durable.

Improvements in every area

With the amount of R&D that Samsung has, you’d expect this much change from the first-generation to the second, and boy did Samsung impress with the Galaxy Z Fold 2.

Samsung also brought Flex Mode over to the Galaxy Z Fold 2, a feature it announced with the Galaxy Z Flip earlier this year. This allows you to split the same app across the display, though it is still limited to a handful of apps. But in the camera app, for example, you are able to use Flex Mode and put the viewfinder on one side and the camera controls on the other side. It also acts as a sort of kickstand for watching content on the phone, Which is pretty unique.

While we still aren’t quite there yet, the Galaxy Z Fold 2 took a major step closer into making foldables mainstream. The price is still mostly out of reach for most people, but it’s a phone that many can actually buy and be happy with now.

The functionality of this foldable form-factor is definitely not for everyone. This is more of a “productivity” foldable. As it allows you to go from using a smartphone-type screen, and open it up to almost a tablet-sized display. Allowing you to get more work done when you’re on the go.

This is why AndroidHeadlines is honoring the Samsung Galaxy Z Fold 2 with the Best Of IFA 2020 award.