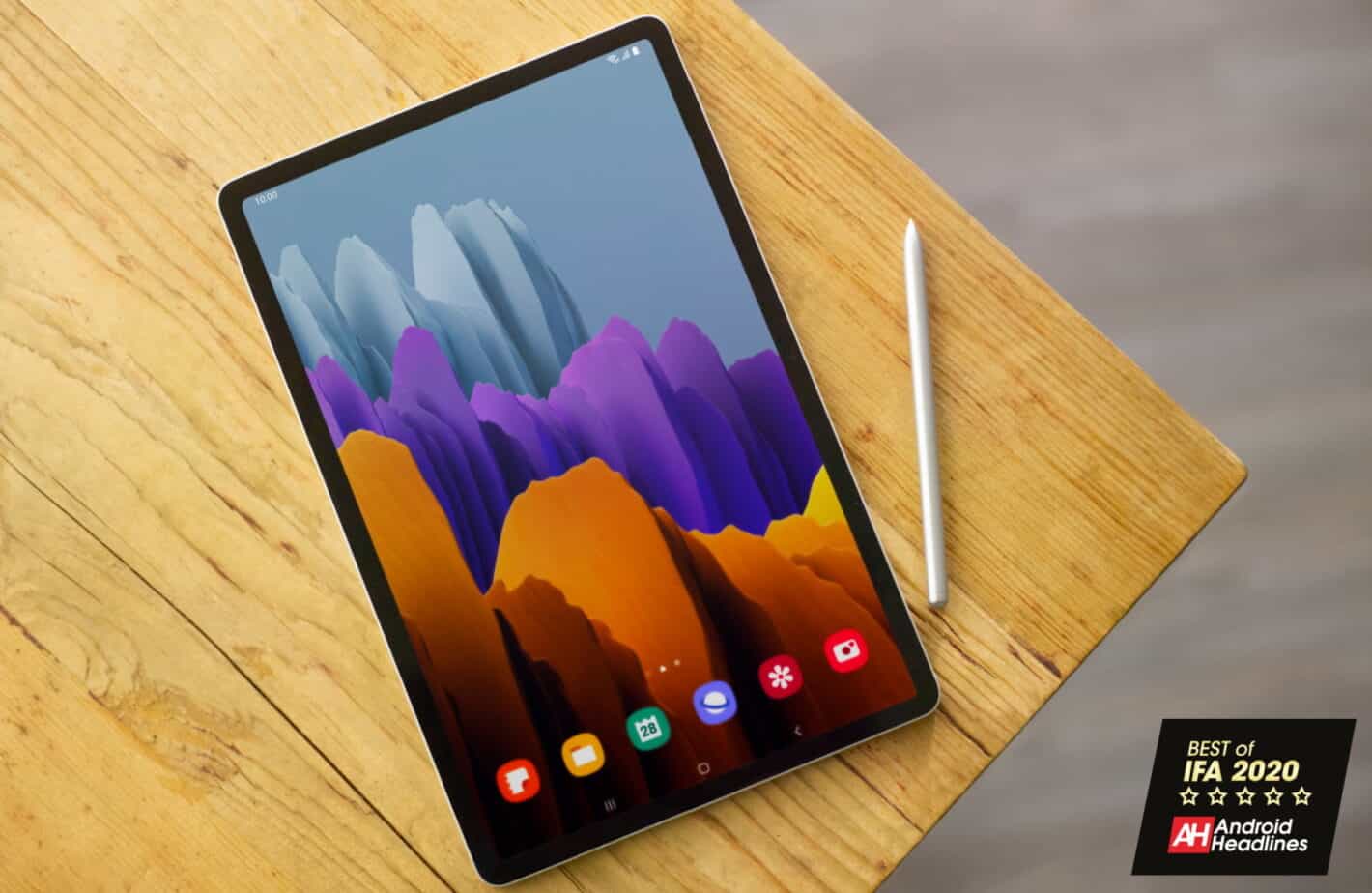 The Galaxy Tab S7+ is Samsung’s greatest achievement in the tablet space, and its slim and slender profile, high-quality features, and attractive design is why it’s being honored with the Best Of IFA 2020 award.

There aren’t many companies out there making Android tablets anymore. Samsung though, has continued to soldier on and advance its tablet lineup. Offering new tech and new features, all while improving on the design in any ways that it could. If there were improvements to be made.

Announced officially at Unpacked in early August, Samsung launched the Galaxy Tab S7+ and made it available for pre-order during IFA 2020 this year. And it comes with some pretty impressive specs and features. Not the least of which is its no limit refresh rate.

This time around Samsung isn’t using an adaptive refresh rate. Samsung instead lets you choose to keep the Galaxy Tab S7+ at 120Hz all the time if you wish. Which makes using the tablet and gliding through menus a very smooth and enjoyable experience.

A display unlike any other for a tablet

Samsung makes its own panels. So it’s in a unique position to give its own devices the best of the best. And Samsung’s panels are generally some of if not the best panels around.

Which means it carries a display unlike any other for a tablet. That paired with the 120Hz refresh rate that isn’t limited, gives the screen a very smooth user experience with bright, vibrant colors, and superior clarity.

Because of these specs, the Galaxy Tab S7+ is the perfect media machine. Delivering great experiences for watching videos, doing work, and even playing games.

Samsung has positioned this tablet to be a device that does many things. Though it does run on Android, Android as an OS has become very capable these days. Thanks to the number of full-featured productivity apps and tools.

The Galaxy Tab S7+ takes full advantage of that by adding in features like wireless DeX. Simply engage this feature by connecting the optional keyboard accessory. Which by the way is an exceptional add-on that you’ll definitely want.

Once DeX is turned on, you can wirelessly link the tablet to any smart TV or display that supports Miracast technology. Beyond that, you have apps and features that utilize the new and improved S Pen. Whether it’s making notes on documents or drawing your latest masterpiece, the S Pen and Galaxy Tab S7+ combo is a match made in heaven.

And for the gamers, the Galaxy Tab S7+ is one of the few devices Samsung offers which comes with Xbox Game Pass. Meaning you have access to a ton of games to play on that large, gorgeous screen.

All in all, Samsung’s Galaxy Tab S7+ is a masterclass in what can be done with a tablet for many reasons, which is what earned it the Best Of IFA 2020 award from AndroidHeadlines. The most standout feature for us though is that beautiful display with a high refresh rate.