Android 11 is here in its final form, bringing with it plenty of notable new features, and these are the best ones the software has to offer.

That being said, Android 11 isn’t packed with hundreds of new features, so the best ones will take up a good chunk of what’s new. If you’re on a Pixel device, then you should have the software already available to you. That’s assuming you haven’t downloaded it already.

If you’re not a Pixel device owner, then our list of best Android 11 features is something for you to look forward to. Once OEMs start pushing out the software to their devices.

Below you’ll find a quick summary of Android 11’s best features. If you’re short on time and just want to see what we have listed, you can read every feature in the table below.

If you want to read a little bit more about each feature, you can check out our full list with descriptions further down.

Below you’ll find a more in-depth description of the best Android 11 features highlighted above that we’ve picked for this list.

Keep in mind that there are more features than just these 10 that are new with Android 11. And the ones we’ve listed may not be everyone’s favorites. You can also read more about some of Android 11’s new features straight from Google. 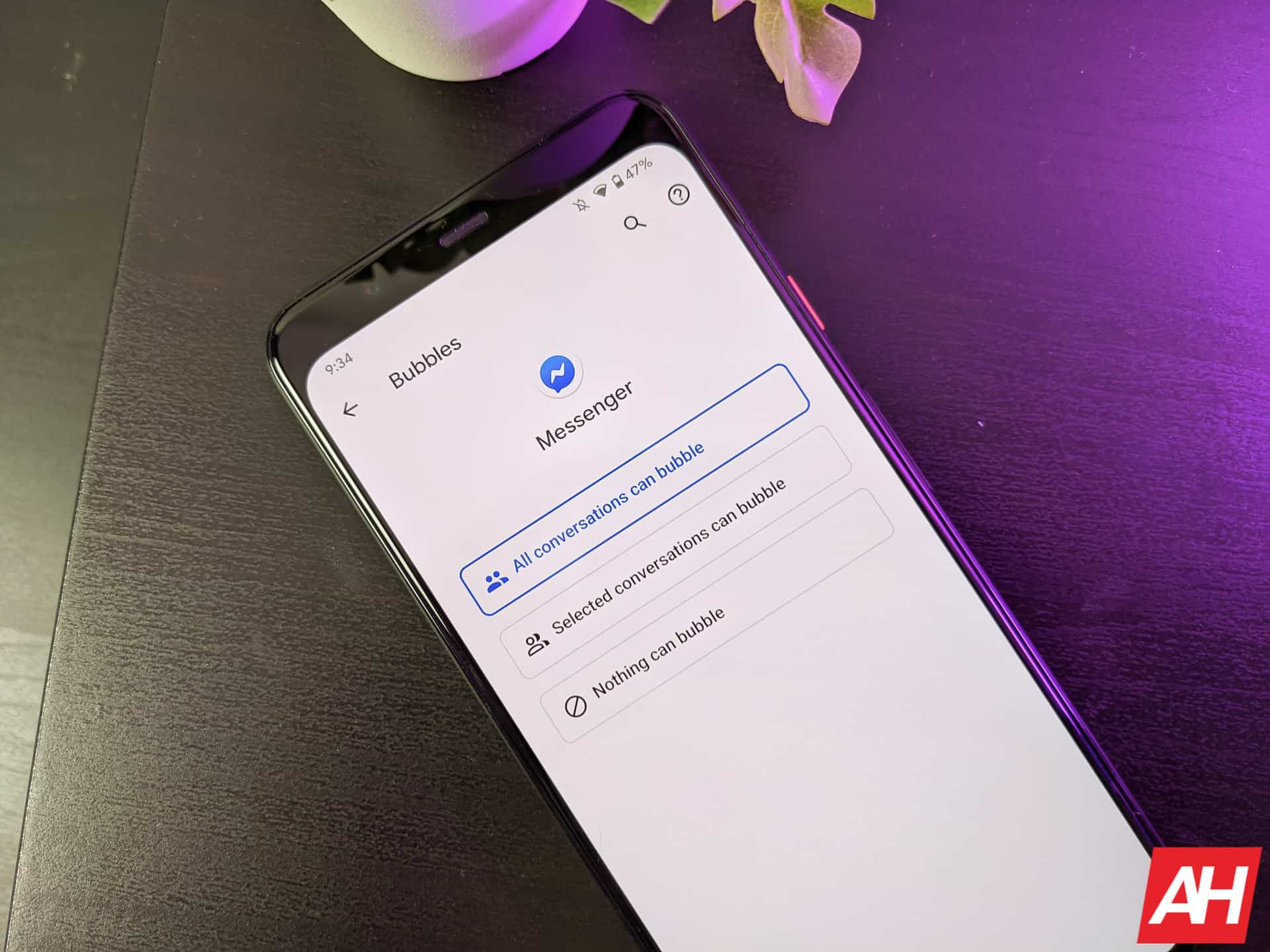 Starting things off is the new Bubbles feature. This is something that isn’t new to Android entirely as some apps already offer it.

Facebook’s Messenger app for example has had this for years. Bubbles is now a native feature in Android 11 though. Which means any messaging app can implement it.

This is still something that developers will have to utilize. The new Bubbles API is available as part of Android 11, but it won’t be a feature in apps that don’t take advantage of it.

Right from the start, Google’s Messaging app now has bubble conversations. Allowing it to sit open on top of other apps.

More will be on the way, too. Google Chat is likely to implement it soon enough. And other top messaging apps probably will in due time.

This is a feature that’s directed more at developers. It will trickle down to users though.

With ADB incremental installations, developers now have the ability to load APKs onto devices about ten times faster than before. This means developers can test out applications quicker.

Overall it’s a good change for everyone. Even if at its core it’s more of a developer thing. 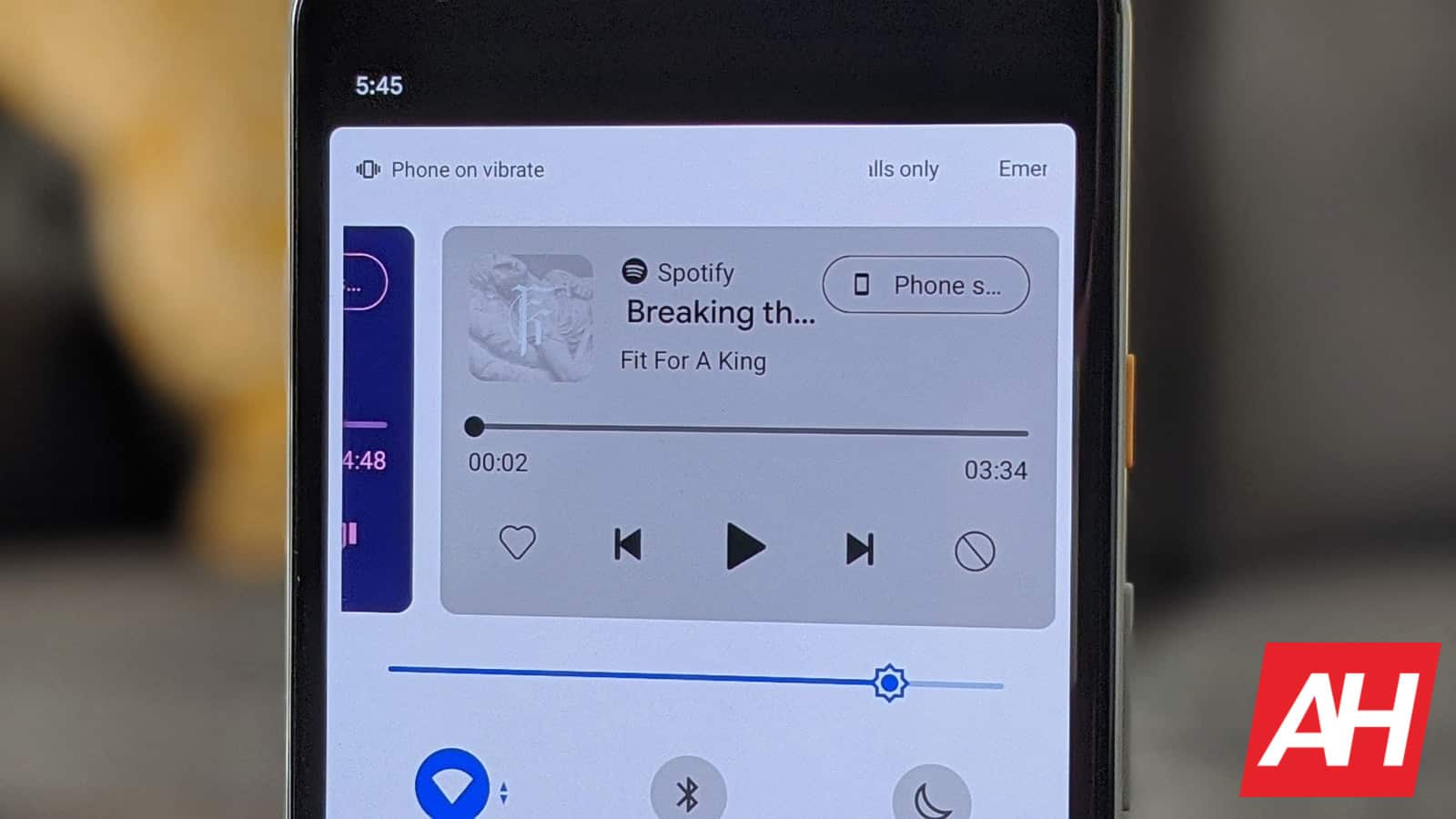 Not everyone is a fan of this one but the new media controls are definitely one of the best new features this software has to offer.

Instead, Google has moved them to the quick settings panel. So when you drag down the notifications panel, you drag it down again to open quick settings.

That’s where the media controls now live. The other major change is that if you have more than one streaming media app open and running, you’ll be able to see them both. What’s more is that you can easily flip between them by swiping left or right.

Initially the one that’s playing when you open the quick settings panel will be the one you see. And if you swipe to the left you’ll see whatever else you have open. Naturally the controls have buttons for pause/play, and skipping tracks.

No longer will you have to worry about accidentally swiping away your media control notification and closing the app. Which means no more accidental shutdowns of the music you were listening to.

Quite simply put, this enables more granular control over permissions for the user.

When you download and app and want to use it, you have to grant it permissions. That’s never changed. But now, users can grant permissions for an app for various things for a single-use only.

This does mean that every time you want to use an app, you’ll have to grant permissions to it again. But that’s the price you pay if you want that kind of control.

It’s a small user-facing feature, but one that is no doubt appreciated by many users. Since now users will have the ability to grant permissions on a case by case basis, instead of granting them one time and then they’re granted every time there after.

This is another feature that’s primarily developer-facing, but again it ends up trickling down to the user.

Specifically, in Android 11 developers now have more support and new tools to make their apps better for phones with these kinds of displays.

This should improve things both from a functional standpoint and from a visual standpoint.

What the change includes is a new API that developers have access to. And what that API does is allow developers to designate the area of the screen that they want to be interactive.

On the user side of things, this will make using certain apps much easier on phones with these types of displays. And for developers that can translate to better reviews and overall improved user retention. 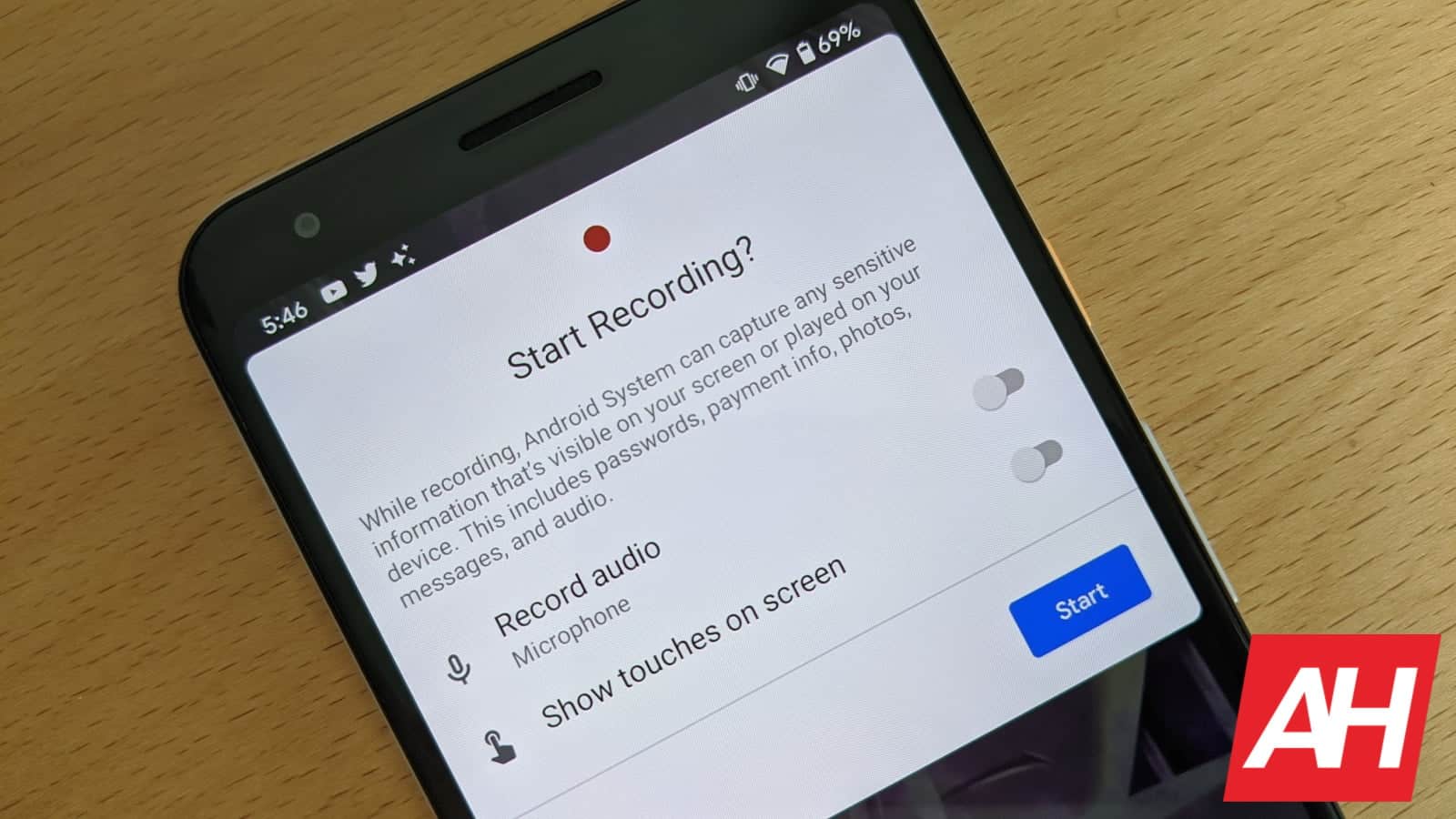 This has probably been one of the more requested features for a long time.

Users have been begging for a native, built-in way to record their screen for many versions of the Android software. While screen recording has been possible for a while, it’s only been doable through third-party apps.

Which meant you had to find a good one that was not only trusted, but actually worked well. Now screen recording is just baked into the software and anyone on Android 11 can use it.

Whatever your reasons for wanting it, it’s here now. So make good use of it because you can record anything from your screen that you like. Also worth noting is that native screen recording is simply new to stock Android.

Some forked versions of Android may have offered it without an app prior to now.

Communication is the big theme with this version of Android. As part of that, Google is making it easier to manage all of your ongoing conversations from the notification panel.

There is now a dedicated tab in that panel where all of your conversations will reside.

It’ll be separate from the rest of the notifications that you may have present. So it’s way easier to keep track of everything and keep those conversations going in a timely manner.

In addition to that you can even prioritize the conversations that matter most to you. Ensuring that you always answer without making them wait. Or missing the messages entirely.

Power menu access for all your connected smart devices

Smart homes are much more prominent these days. And more and more people are starting to outfit their homes with things like smart bulbs, smart plugs, smart speakers and more.

Turning them on or off at your leisure without having to talk to google or go into the apps for those devices. It’s like a one-stop shop, but for controls, and you’re not shopping for anything.

If you’ve ever used Android Auto before, then you know how much of a pain it can be if you’re using it through your phone.

Because it had to be connected to the vehicle using a cable plugged into the car’s phone charging port, and you had to activate Android Auto mode on the infotainment center. Well, no longer. As long as you have a phone that runs on Android 11, and your vehicle is compatible with Android Auto, you can link it up wirelessly.

This is likely to drain more battery, so keeping it plugged in anyway might still be a good idea. As you can keep your phone charged that way. 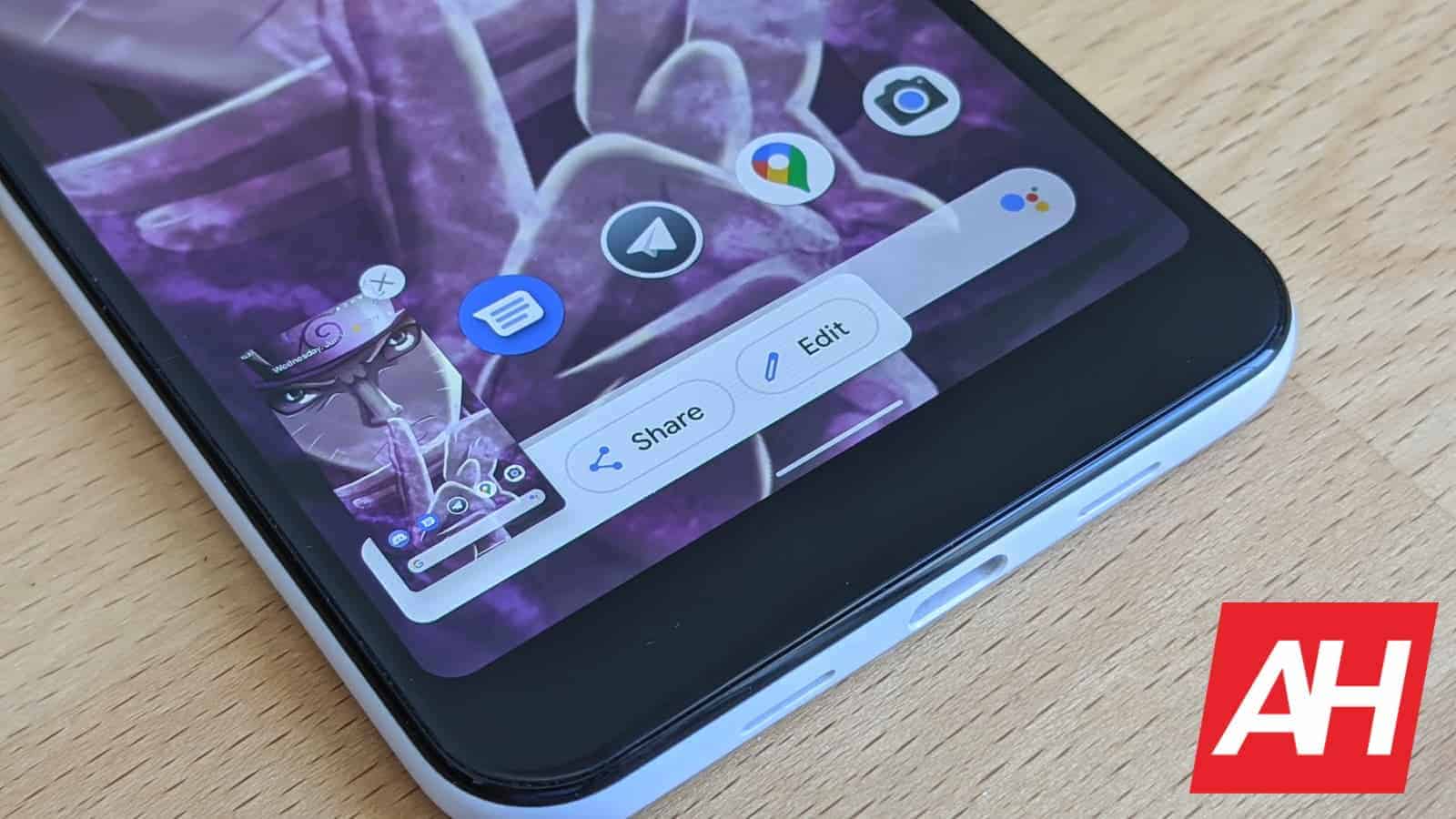 Why? Because there’s more you can do with them now. The new interface sees the screenshot image you take shrink down to a tiny thumbnail version in the left corner of the screen.

With it there are buttons for sharing and editing the screenshot. Making it pretty simple to do either with very little extra effort.