It might not be feasible to travel out to the Google complex and see the Android 11 statue in person but anybody can now check it out up close anyway thanks to AR. That’s according to recent reports from Droid Life, which also spotted a few easter eggs in the AR representation.

As with other AR releases from Google in recent months, the statue can be viewed in full size. That’s in a user’s real-world environment. Or it can be scaled up and down to fit better for those having it difficulty fitting it into their space.

So what are the easter eggs in the Android 11 AR statue?

Now, the easter eggs to be found in the Android 11 AR statue aren’t difficult to find. But users will need to be a bit more inventive in their interaction if they want to find it. Namely, by circling around to the side and back of the statue while viewing it in AR. There are, in fact, two easter eggs in total.

First, the company has engraved the new features introduced in Android 11 on the back of one of the ‘1’s. That’s the digit on the right-hand side when viewed from the front — or the left-hand side from the back. The engraving is small, owing to Google adding a ton of new features for this update, which just started rolling out today. For example, context-aware Bluetooth in Airplane mode and Android 11’s screen recorder is among those listed.

In effect, it’s an ingredient list for Android 11. And that only makes the second easter egg more appropriate. The second easter egg, located along the base, is a piece of paper virtually taped to the side. That delivers users a recipe for red velvet cake. Google is no longer using treat names for Android releases but the next letter that would have been up for use is ‘R’. So the recipe fits perfectly as a shout out to Android’s origins.

Unlike some features found in the Android 11 update, users won’t need a Pixel device to see the statue for themselves either. It appears on any Android device with AR capabilities, which is most of them at this point. 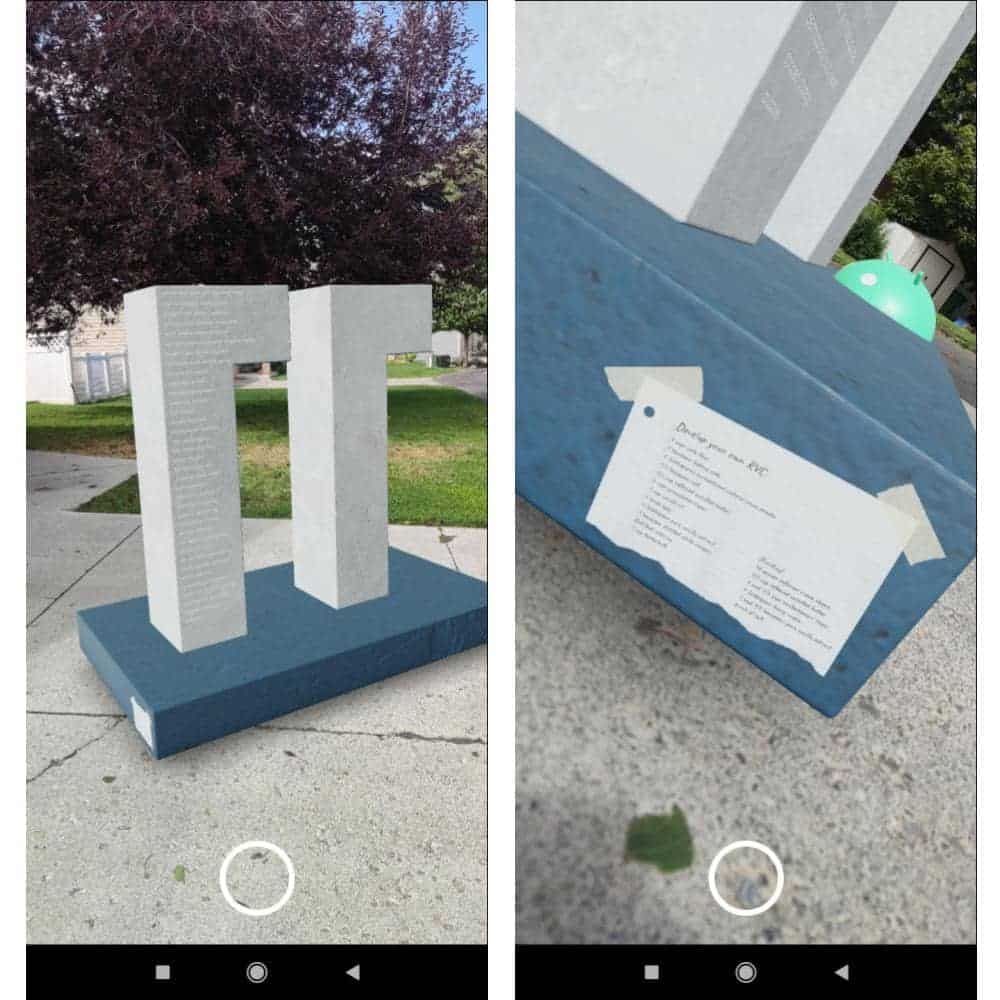