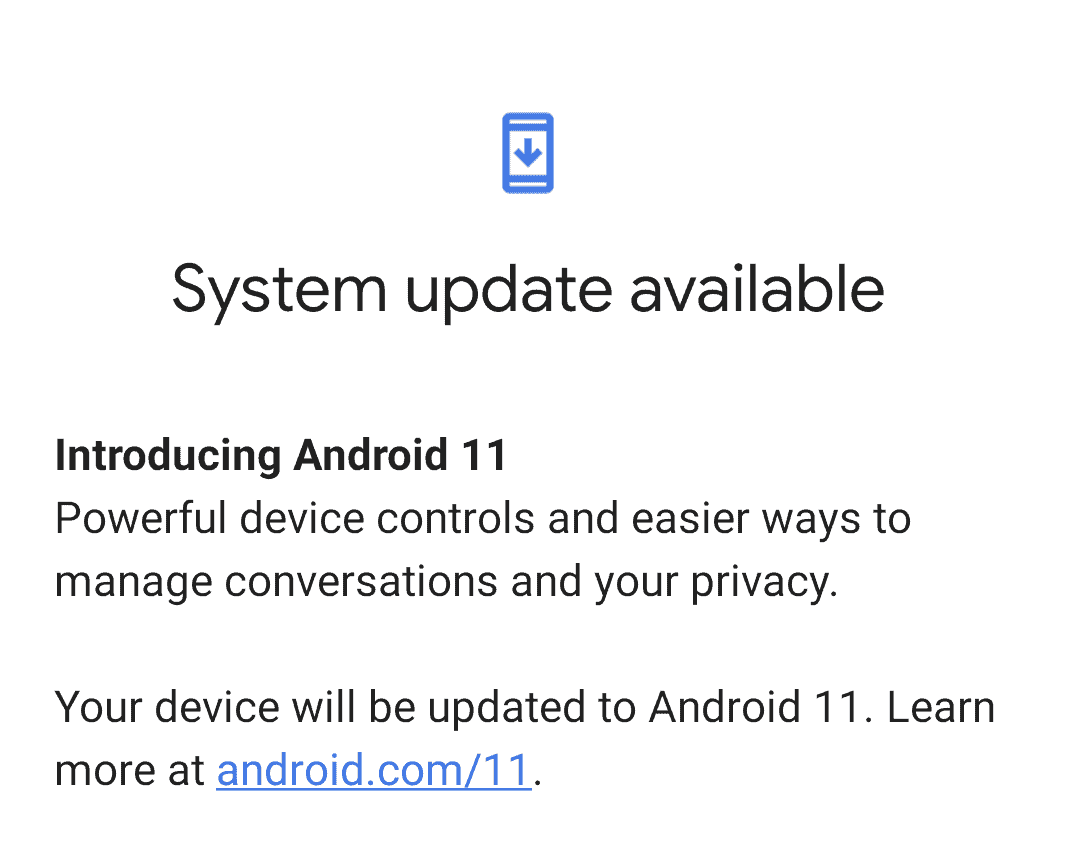 Google just announced that Android 11 was rolling out today, and not even 15 minutes later the update has already begun rolling out to devices. Normally this process takes a bit longer, with devices beginning to get the update a couple of hours later.

Head into Settings, down to System and then tap on Advanced, and finally tap on System Update. It'll check for an update, and should hopefully pull it down immediately.

The update should be around 1.5GB (for the pixel 4a, it was 1.58GB) and if you are coming from the beta, it might even be smaller. So make sure you are connected to WiFi before downloading.

Android 11 will be a staggered rollout

Google and most other manufacturers, tend to push out major updates like this, via a staggered rollout. So instead of everyone getting it right now, it might take a few days before you get the update.

There are a few reasons for this. The most obvious reason is it will keep Google's servers up. Instead of having millions of people downloading this update at the same time. Seeing as this update is about 1.58GB for the Pixel 4a, that's a whole lot of bandwidth.

But the bigger reason for this, is in case there is a major bug found in the update, that bricks a device. This has happened in the past – notably with Apple where it basically disabled the LTE modem many years ago. So iPhone users were unable to use their mobile data for a few days.

It is a bit annoying that the update isn't available to everyone at the same time, but it does make sense.

Other devices should get the update relatively soon

Google also mentioned today that a number of other manufacturers are rolling out the update to Android 11 today. Including the OnePlus 8 and OnePlus 8 Pro. Which is going to also come with Oxygen OS 11.

Those updates haven't started rolling out yet, but they should within the next few hours. That's a first for Google and Android. Typically only the Pixel gets it on release day, and sometimes OnePlus, Essential or Motorola might roll it out in the same week. But never the same day.