According to a recent development, XDA Member abhishek987 has built an Android 11 based custom ROM for Redmi K20 Pro aka Xiaomi Mi 9T Pro.

Note that Redmi K20 Pro is sold in India, while it is sold over in Europe and other regions as Xiaomi Mi 9T Pro. Google released the Android 11 OS for its Pixel devices back on September 8.

Besides, with this, the company also shared the Android 11 source code for the release of AOSP. However, one developer was already on his toes. And developed a custom ROM based on Android 11 for Redmi K20 Pro aka Xiaomi Mi 9T Pro.

For those who do not know, AOSP is the stock Android version that Google publishes. Basically, it is a ROM without the GApps. However, this custom ROM includes some non-AOSP features as well.

As you might expect from a custom ROM, all the basic hardware features are working. But there is one major issue with this ROM and that is SELinux is set to permissive.

This means that the ROM has security implications. Apparently, this ROM is not meant to be flashed on a daily driver, and users can go ahead and install this only if they are okay to run a less secure version of Android.

Talk about features that are working, as noted by XDA, Wi-Fi, Bluetooth, camera (photo and video), audio, sensors, LED, GNSS, and most importantly, RIL (for calls, SMS, data, VoLTE) are working without any issues.

Instructions are pretty straight-forward. Grab the Android 11 custom ROM file from below and reboot your device into Recovery.

Flash the firmware file along with the latest GApps. And then again reboot your device after the process completes. For more detailed info and the link to the firmware file can be found here.forum.xda-developers.com/…/rom-aosp-11-0-t4161547

Another interesting thing that XDA highlights is that as per one of their developer, Android 11-based GSI can boot on most Qualcomm Snapdragon devices.

Provided that they run on Android 9 or 10 out of the box. Thanks to Project Treble that was launched alongside Android 8.0 Oreo, developers have got the freedom to develop almost stock custom ROMs.

So, this is the first Android 11-based custom ROM. In the coming days, other developers will also chip in their versions of custom ROMs based on Android 11 for different devices. So stay tuned. 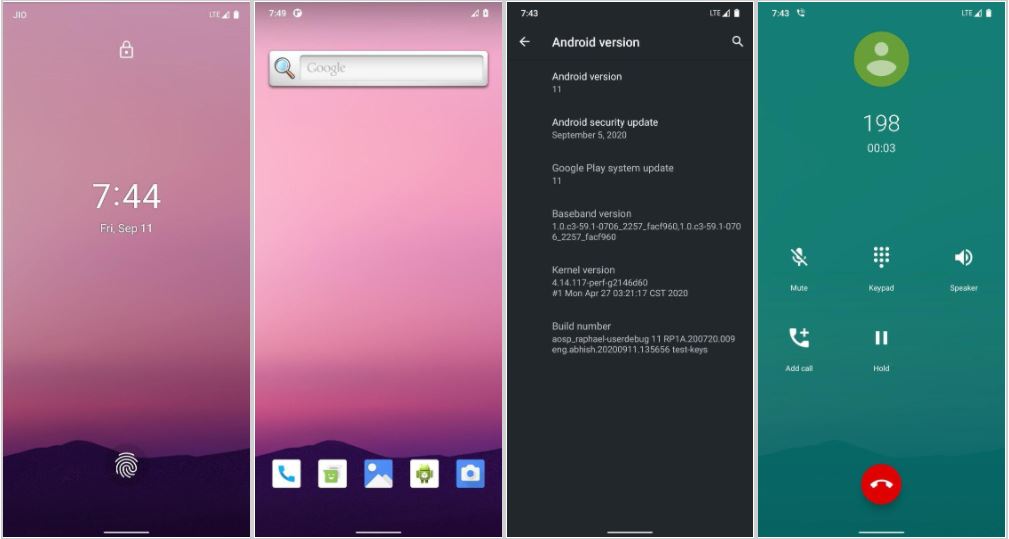