Amazfit has quickly risen to become one of the top brands for wearables across the globe. Offering a range of products from trackers to smartwatches. The latest tracker, the Band 5, seeks to grab your attention with an almost absurdly low price for tons of features.

Huami has some of the most popular fitness trackers on the market right now and the company’s latest is the Amazfit Band 5. A Sub $50 tracker that packs in way more than you’d expect for a wearable this inexpensive.

Over the last week and a half I’ve been wearing the Band 5 most days. Using it for everything from sleep tracking to step counting to breathing exercises. I’ve even checked my stress levels a few times.

The Amazfit Band 5 can do all that and more, all for $49.99. Plus it comes with a color display that’s touch interactive. So all in all, a seemingly pretty good value. Let’s see if it’s really worth your $50 though.

The Amazfit Band 5 is first and foremost, a really good value

One of the best things about this tracker is its value. You get quite a few features for not a lot of price.

And it’s hard to see that in any sort of negative light. Because the tracker really is good. If this were a tracker of terrible quality, then you could easily brush it off and probably be fine with spending more money on something else.

But it’s not. The Amazfit Band 5 is actually good. And when you really take a look at everything it has, that $50 retail price begins to look very appealing.

You can even get reminders to get up and stretch and move around when it notices you’ve been sitting too long. When I say it’s loaded, it’s loaded. But not with anything really unnecessary. It doesn’t have a large suite of apps.

It’s more simplistic than that. Which is just fine if you don’t want your wearable to be a replacement for your smartphone. This is simply a fitness tracker that comes with everything you need to better your health and wellness. And so far it feels like it’s done a pretty good job for me.

Forget about charging it because the battery life is great 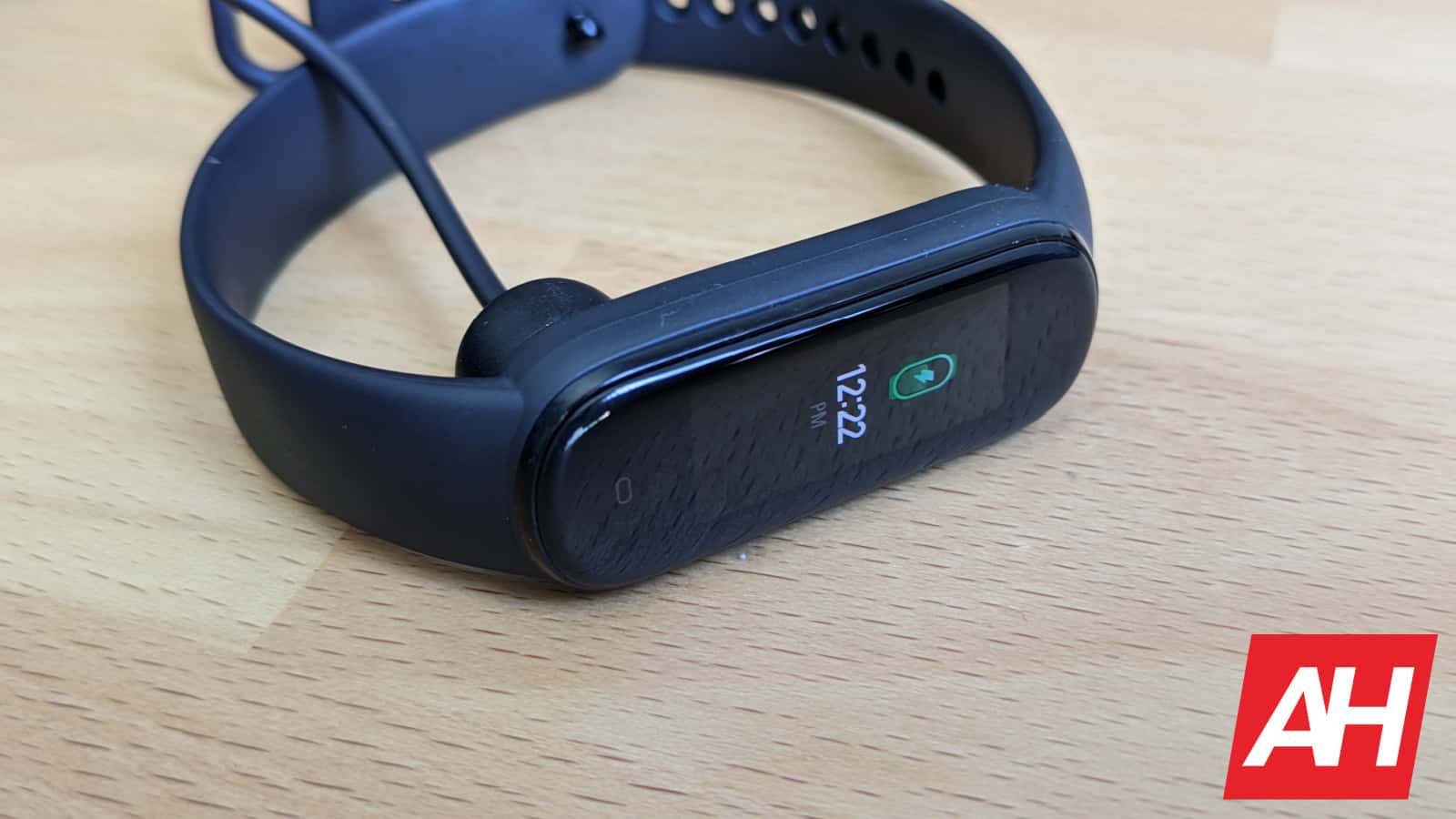 Ok, don’t forget about charging the Amazfit Band 5 entirely. You will still need to throw it on the charger.

But not very often. I’ve been using this band for almost two weeks now, wearing it almost every day, and the battery life is only down to 46-percent. If I use it more heavily I expect I can probably kill the battery in a few more days.

But unless you’re always fiddling with the display and using some of its features constantly, it’s likely this will last you a really long time between charges too.

It’s rated to last up to 15 days with normal use. And I’m certainly on my way towards that. So the timing seems pretty accurate. If you need more longevity, you can extend that battery life by using power saver mode. This pushes it out to up to 25 days.

And while I haven’t personally tested power saver mode because I haven’t had the Amazfit Band 5 for 25 days, it has lasted for quite a while already. Case in point, this will last you a long time and you won’t need to charge it more than twice a month. Which is rather stellar. One thing that should definitely not be overlooked about this wearable is its design and comfort.

After wearing much less comfortable wearables in recent past weeks, with flashier designs mind you, the Amazfit Band 5 is a refreshing change of pace. It has a simplicity that takes on the “less is more” approach. And it’s all the better for it.

The strap is made of a soft silicone that can easily be removed if you want to swap it out for another color. Or just keep the tracker on your person. Keep in mind that you don’t have access to all the feature if you aren’t wearing it on your wrist.

It’s also extremely simple to put the Band 5 on and clasp the strap. I cannot stress enough how important it is that the design doesn’t require you to fiddle with the clasp for two whole minutes to securely put it on.

The lack of any side buttons also keeps the design pretty clean and straightforward. And no protruding buttons means it’s less likely to catch on wall corners, countertop corners, or any other area of hard surface that can sometimes be knocked.

Overall it’s a great design that isn’t over the top, yet just enough for what this tracker needs to be. Plus, like I said you can wear it all day and night without it feeling uncomfortable. And I find that to be rather important, especially if you want to take advantage of the sleep tracking feature.

The display could be brighter The Amazfit Band 5 is great, but it’s not entirely perfect. The display for example could be brighter.

It was impossible for me to avoid that issue outside due to the constant sunlight. So I was more or less limited to checking the display whenever I came across shade or I’d have to cover the display some with my hand to block it from the glare.

This isn’t the biggest problem and it’s certainly not a deal breaker. I do wish the display was brighter though.

In what was quite a surprise you can actually download more faces for the Band 5.

Inside of the Zepp app, which is what you use to manage the device from your phone, there’s a store option that you can launch. And in the store there’s a pretty large selection of different faces to download and install.

This is really nothing more than some extra layers of customization, but it’s a nice add-on on top of the more functional parts of this tracker.

The Alexa support will come in handy once it’s available

Unfortunately I wasn’t able to check this out yet because the feature is not yet live on the device.

Huami says that an update is coming that will allow the use of Alexa for everything from asking questions to issuing commands. And it will indeed do these things. The hardware is already in place for the tracker.

So all that’s needed is for Huami to flip the switch and send out the update that opens this feature up. Once it goes live, you’ll have to enable Alexa for the Amazfit Band 5 from within the Zepp app.

Once that’s done you can swipe right on the Band 5’s display to initiate Alexa manually. Or, you can activate using the Alexa keyword to initiate things with your voice. From there use it like any other Alexa-enabled device.

Should I buy the Amazfit Band 5?

If you don’t need a lot of extra features that come from all the different apps you can install on your wearable, yes.

The Amazfit Band 5 is a great little tracker with a ton of cool features. The stress monitoring and sleep tracking give you a nice extra layer to the picture of your overall wellness. And if you use them regularly, you get useful tips on how to improve in both areas.

Like reminders to get more sleep so you don’t weaken your immune system or tips on how to lower your stress levels and be more relaxed. Pro tip, use the breathing exercise feature often. It’ll help you feel more relaxed and likely lead to better stress scores.

Aside from my one personal issue which was the brightness of the display, there’s nothing wrong with this tracker. It doesn’t cost a lot, it’s feature-packed, and it’s comfortable to wear all day and through the night (I really only took it off while showering).

You really can’t ask for more in a device that only costs $50.