Alleged Huawei Mate X2 design has surfaced online, and it’s heavily inspired by the Galaxy Z Fold 2. This design appeared on CNIPA (China National Intellectual Property Office), as it has been certified in China.

This is the design of the alleged Huawei Mate X2, and it resembles the Galaxy Z Fold 2

The design has been shared by Letsgodigital, and it shows a phone that is extremely similar to the Galaxy Z Fold 2. We cannot be sure this is the design of the Huawei Mate X2, but it’s possible.

That is not surprising considering that the company’s current flagships have such a selfie camera hole as well. The bezels around the secondary display are very thin, as expected.

A side-facing fingerprint scanner is included here, right below the volume up and down buttons. There are a number of cameras placed on the back of the device, we’re counting five of them here.

These are only camera cutouts, though, so one of those cutouts may not be reserved for a camera sensor, even though it seems like they all are. Huawei’s branding is visible on the back of the phone.

You can also see that the phone is not equally thick on all sides, It’s thicker on the side where the camera sits, while it’s thinner on the opposite side.

A Type-C USB port is placed at the bottom of the device, along with the phone’s main speaker. The secondary speaker will likely be included above the display, under the earpiece grille.

The device will probably be made out of metal and glass

The phone’s rear-facing camera module does protrude a bit, which was to be expected. Based on the looks of this design, we’d guess that this phone will be made out of metal and glass.

It’s really difficult to deny that this possible Huawei Mate X2 design resembles the Galaxy Z Fold 2, it’s definitely heavily inspired by it. Some of you are probably wondering when will this handset launch.

Well, if this is the Huawei Mate X2, then you can expect to see it next year, at least based on the latest round of rumors. The device was expected to arrive in 2020, but that may not be the case.

The US ban managed to mess up Huawei’s plans, along with COVID-19, and everything that happened because of it. This information is not official, though, so we’ll just have to wait and see what will happen. 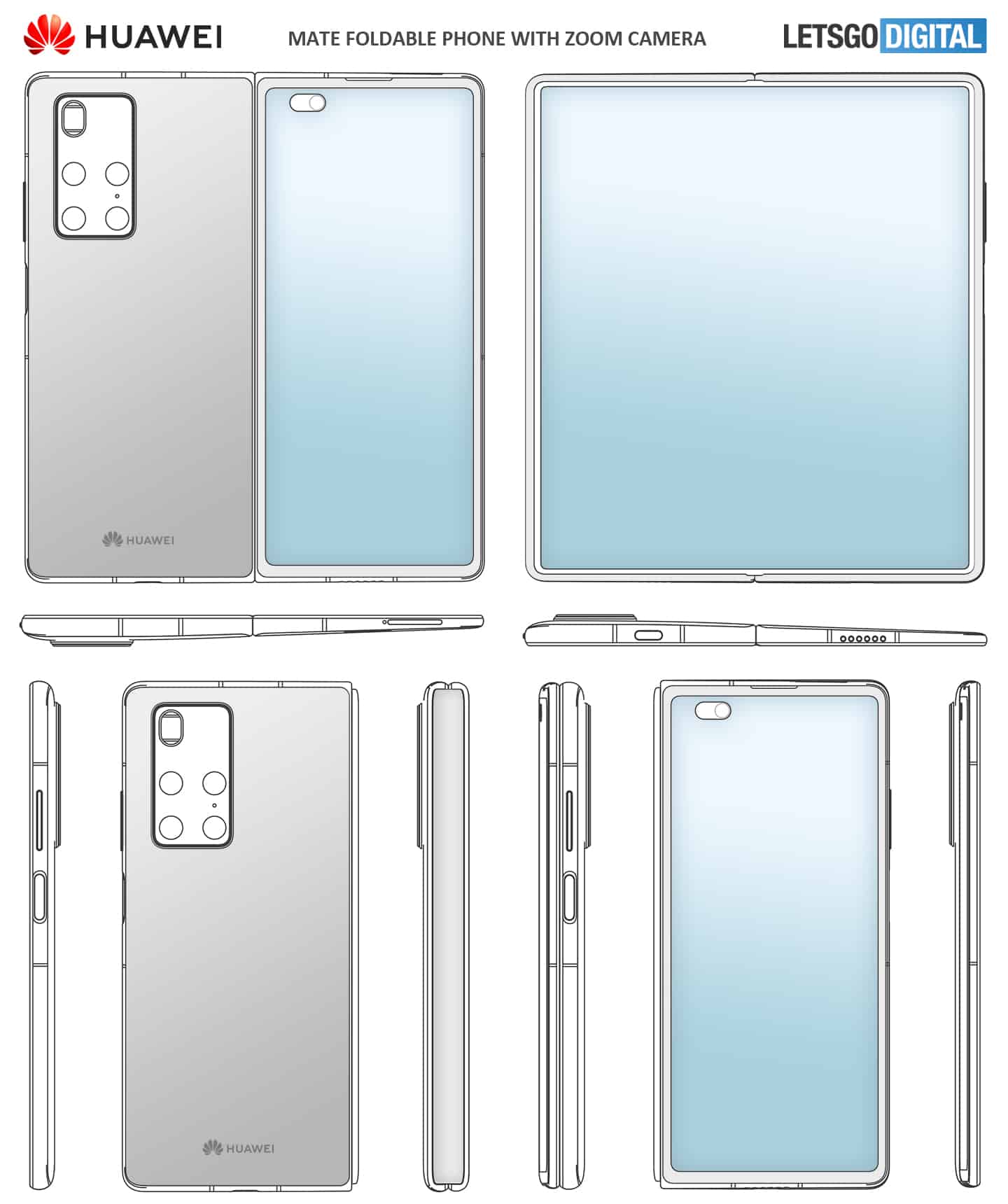