Of course it doesn’t have to be movies, you can also watch TV with your favorite creators on Twitch. It seems like a weird thing to offer, but think of it like a virtual movie theater. Or a get-together with friends to watch a TV series you’re currently into. Just digitally.

The new feature is called Watch Parties. Technically, Watch Parties isn’t really “new” new, but it is new to some creators today.

Watch movies on Twitch with your favorite creators across the globe 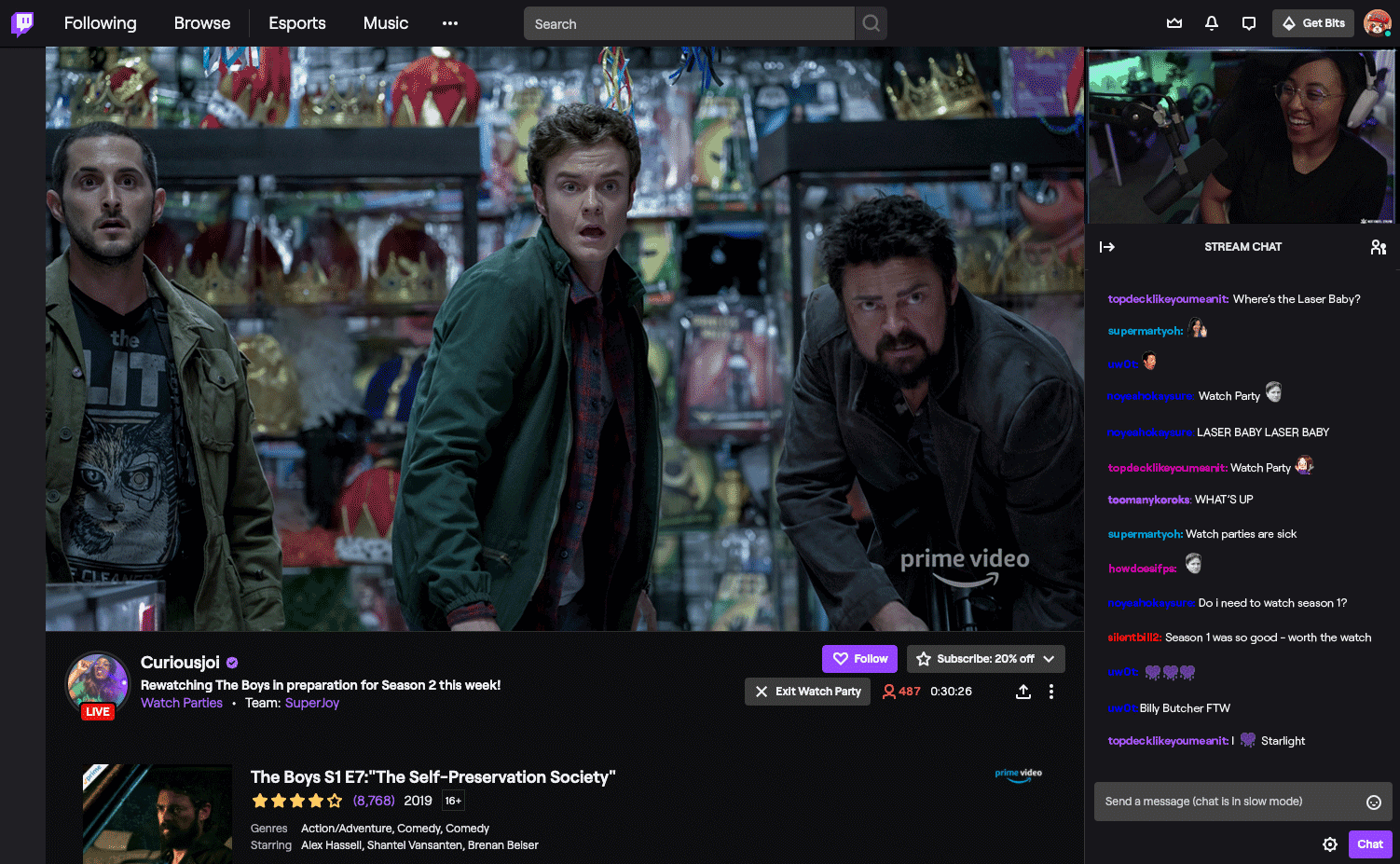 Twitch officially rolled out Watch Parties in October of 2019 but at the time it was only available in beta.

And on top of that it was only available to smaller number of creators that Twitch likely handpicked and worked with directly. Naturally this would be so it could work out any bugs and get things into full swing when it was ready for a full release.

It’s ready for a full release as of today and Watch Parties is available to all creators on the platform worldwide. If Twitch is available in your country, and you’re a creator, you can now use Watch Parties and engage with your community of subscribers in a whole new way.

The content has to be available on Prime Video

If there’s one major caveat to mention, it’s the requirement that content has to be from Prime Video.

Twitch is owned by Amazon. So it only makes sense that its own video streaming platform is where the movies and TV shows come from for Watch Parties.

If it’s available on Prime Video though, it can be streamed live to your community. This includes hit series from Prime Video like The Boys, or any other popular TV shows or movies. Whether it be an Amazon original or not.

Creator webcams also display above the chat so viewers get a full screen of the content. To view whatever’s being shown on-screen, community members need to have a Prime or Prime Video subscription, and that particular content has to be available in their country.

For example, if The Boys isn’t available in the country you live in, then you can’t watch it through Watch Parties if a creator you follow or subscribe to is streaming it.