YouTube Music is now rolling out a new lyrics integration feature for its web client. Notably, this piece of information came from a Reddit post which sheds light on this latest addition.

For the unaware, Google will be shut down the Google Play Music service. Notably, Australia, New Zealand, and South Africa will be the first to lose access to Play Music in October.

Moreover, other regions will follow suit and the service will go offline later this month. Google has already prepped up and has begun the transition of Play Music users to YouTube Music.

Apparently, Google released a tool that makes it easy for users to transfer Play Music data over to YouTube Music. Besides, the company has also sent out a lengthy user survey to gain user feedback from already transitioned users.

Yesterday, we have also reported that the gifted Google Play Music subscription will be converted over to Google Play Store credit. In the recent past, Google has also sent out several new features to YouTube Music, making it a perfect alternative to the soon to be offline Play Music.

Note that this feature is already available for the YouTube Music mobile app. And now, the new lyrics integration has been ported over to YouTube Music web client. Well, it is still under testing.

Apparently, the user interface is similar to the mobile UI and it shows two tabs. One shows the list of songs in your queue. While the other tab shows the lyrics which you can scroll down to view full lyrics of the song.

It is not confirmed whether all the songs show up lyrics, as lyrics are imported from third-party sources. And the availability of lyrics depends on whether they are available on the sources.

However, the point to note is that this is a server-side test. Meaning that it will take some time before it comes out as a feature for the masses.

Users are appreciating this new addition

Looking at the comment reveals that users are also quite happy with this new lyrics integration feature. YouTube Music users are also appreciating google for finally paying attention to the web client.

The separate lyrics tab shows the “lyrics” in the white text while the YouTube Music web client has a black background.

This is a nifty feature for YouTube Music users as now karaoke nights can be more pleasant because now an extra Google search for lyrics is negated.

Since this feature is already showing up for some users, we expect the update to be pushed for the users in the coming weeks or so.

Let us know in the comments, what are your thoughts on this new integration. 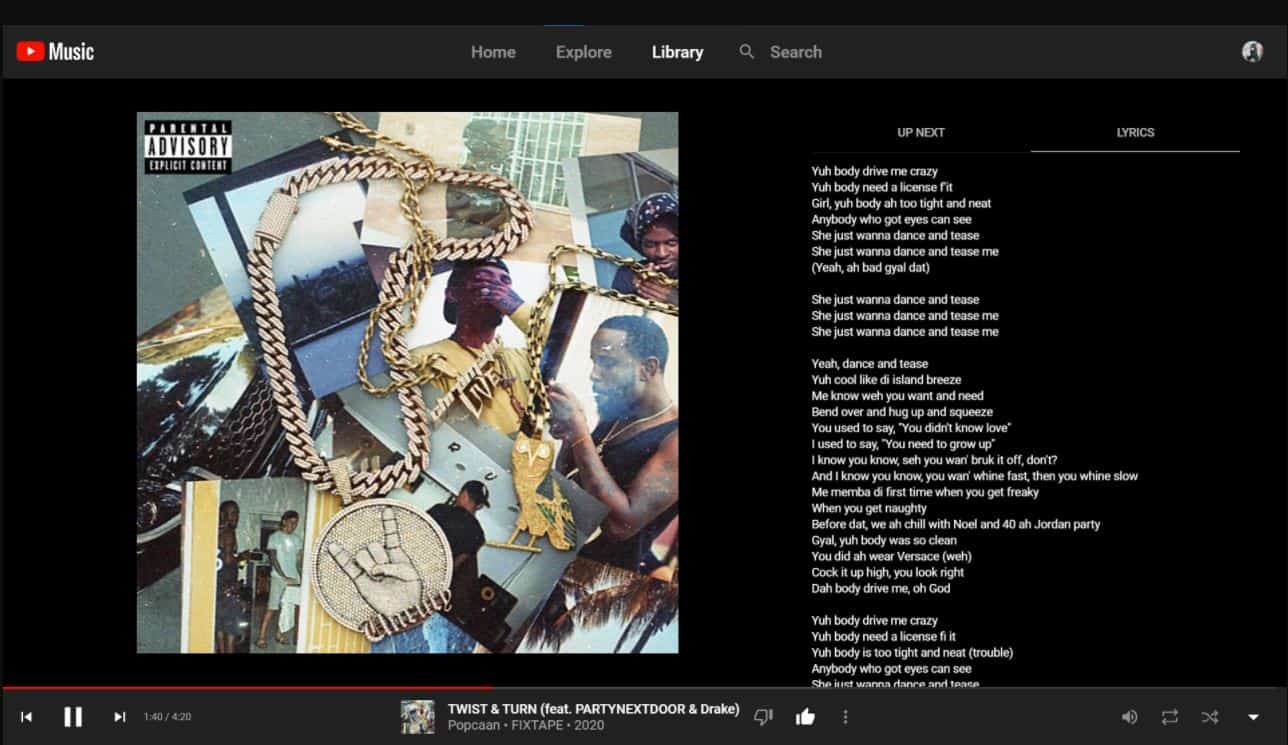