Do your employees have company-issued smartphones? Are you worried that they might be making calls to their friends or using the data to stream content or play games on the phones provided by you? Even if you don’t worry about all that, you might want to worry about how all that could take a toll on their productivity. Imagine having time-tracking software on your office computers, but, your employees still ending up spending their day scrolling on their phones. Well, obviously, even after monitoring your employees’ phones, they could still end up using their personal phones. But, that could also be true for their personal computers getting used for side work. But all of this shouldn’t be keeping you from monitoring their computers or phones alike.

Tracking someone’s phone is eerie, or is it? It’s the new norm. Expecting your children to behave online on their own or hoping your employees not to be wasting their time at work is like expecting the sun not to shine or the night to be bright as day, or for summers to be cold and vice versa. Need to say more?

No one is telling you not to trust. But it’s good to be sure. And that’s where Xnspy comes into perspective. 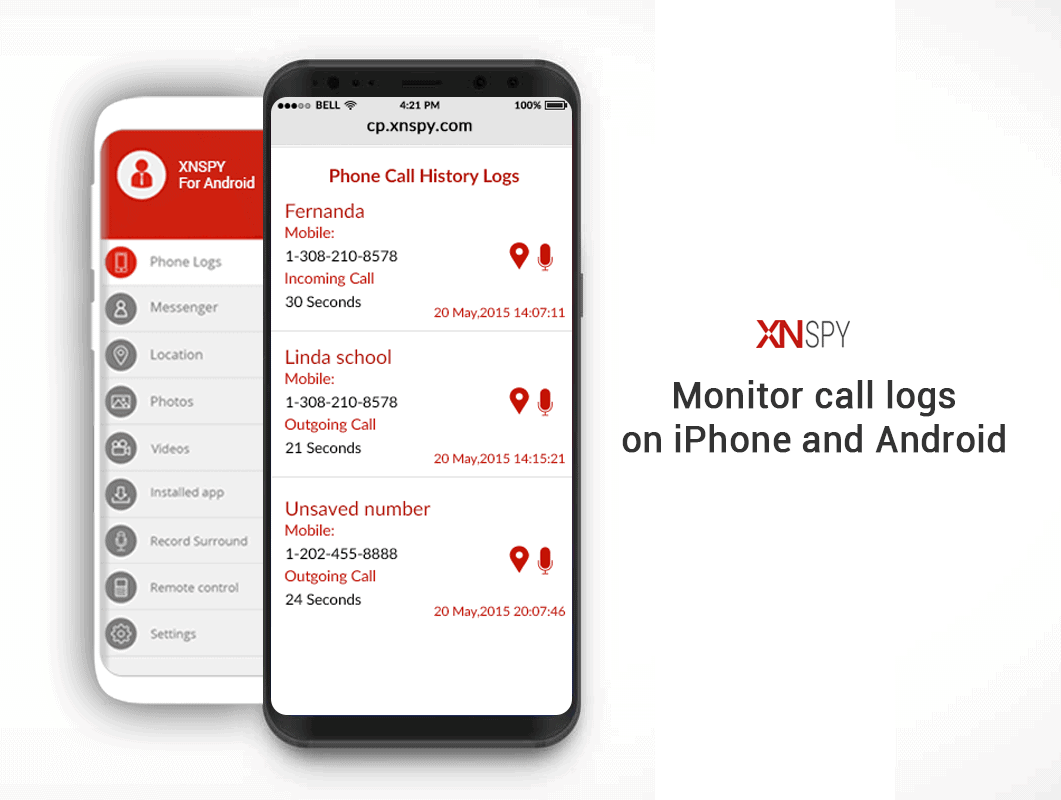 If your monitoring your employees, looking into their phone calls’ log is one way to know how they’ve spent their day. Phone call recordings are even better.

Well, this is something that you would want to do if you are prying on someone: finding real proof. However, it’s also great if you have kids who are using screen round the clock. You can check if they aren’t downloading or sharing pornographic content.

Another worthwhile feature to look into is the ability to track your employees’ or children’s location. Your nasty kids sneaking out at night and risking themselves is a bad idea. But, it can be taken care of if you have an alerts-based location tracking app like Xnspy. Or if you’ve employees working for you remotely and you expect them to be working and not moving around during the office hours, yet again, Xnspy’s geofencing and location-based alerts can help you take care of that.

You may have heard of the stupid things kids do online. You might think that your child only scrolls through social or play games on their devices, but that’s not true. A lot happening behind the scenes when your kids are online in their rooms, especially at night. A lot of kids have this private social life where they are TikTok celebrities, or in some cases self-proclaimed Instagram influencers. But either way, they are just being overly exposed to a lot of people, including pedophiles, cyberbullies, and scammers. In this era of social media, it’s a bad idea to get your kids unmonitored access to their phones or iPads inside their rooms. Or you could have Xnspy installed on their devices to have full access to their social media activity.

For your kids who don’t listen to you at all, it’s not enough to watch over their internet activity. If you want to make sure your kids are following their screen routines and not spending excess time online, you could use Xnspy to lock their phones at midnight. You can also make them do chores and reward them with screen time as a part of a positive reinforcement program. It’s no longer that time where kids can be left on their own. You can also wipe their phone’s data or listen to their phone’s surroundings or even calls.

Setting up Xnspy on a phone is a lot of work but once it’s done, it’s totally worth it

The installation is a dire process. Must say that! But, it’s worthwhile all the trouble, whether it’s your employees or kids you want to monitor. Let’s take you through the installation on both Android and iOS.

It’s generally easier to download and install Xnspy on Android. There aren’t many prerequisites too. Using a download URL, you can get this on any Android phone or tablet. The rest is following on-screen instructions and finishing off the setup.

If you have already subscribed to Xnspy and want a full step-by-step guide, kindly refer to this link: https://xnspy.com/android-installation.html

Boy, this one is tricky. As we’ve heard this many times how Apple has always tried to keep their devices as secure as possible. Well, that’s true. Contrary to the open-source nature of Android, the iOS is subtle, which implies, you can’t download anything off the internet. Your only bet at downloading apps on an iPhone is using the App Store. And of course, something as sneaky as Xnspy will never make it place to the store, ever. 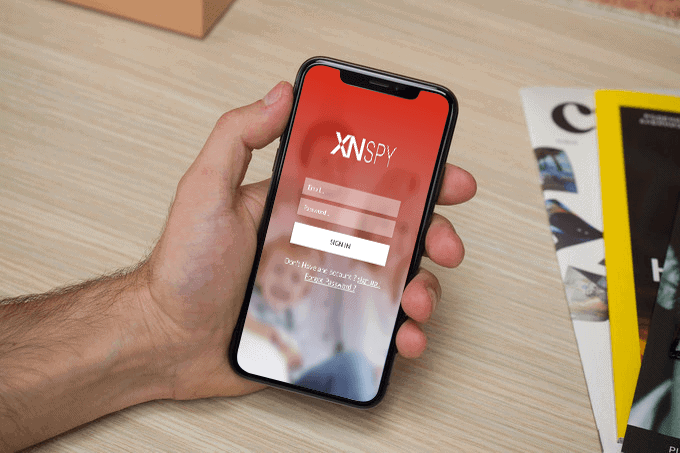 Xnspy relies on the iPhone’s backup. In short, it fetches the iCloud backup copy while it’s being created. Previously, iPhone monitoring apps were able to do that just by using the iCloud ID and password of a user. But, that’s not possible anymore, and since then, many companies have discontinued their iOS monitoring solution. Xnspy, however, has come up with a temporary solution, which is with its cons but is the only possible way right now.

So, you’ll be downloading on Xnspy on a computer with iTunes preinstalled. If you are using PC, make sure you’ve got the iTunes installed. Afterward, it’s more instructions to follow. And then some more. And finally, you are done.

More tricks and tips to try

Let’s say you tell your child that he’s been guilty of doing something on their phone, but they deny all that. What would you do then? Well, how about taking a screenshot of their phone activity and catching them in the act? Seems too much but for kids who have gone too far, such stringent measures are the only way to get through this.

This was only lightly touched before, but Xnspy’s call recording is worth another mention. The fact that all calls from the monitored device are automatically recorded. Xnspy keeps all your data for 3 months on your account before its deleted. To save any of your important recordings, you can download them to your computer.

Prying on someone requires a lot of time on hand, and if you don’t have that, you’ll miss too many details or fail to make something out of all that enormous phone activity. Or you could try Xnspy’s Call Time Activity Punch Card that creates automatic reports for top callers, top call durations, frequently browsed websites, and so on.

So I mentioned earlier that Xnspy provides location-based alerts. But there’s more to this feature. Basically, you could geo-fence as many locations on the map. What it does is that you’ll get an instant alert every time a monitored user enters or leaves that location. But there are more alerts-based features on Xnspy. For instance, you are worried about the swearing language that your child might be using during their conversations, then you can add those popular key terms to the watch list. If any of those watch listed words are used anywhere on the phone in the form of text, you’ll be immediately notified. Similar alerts are also available for the phonebook.

Well, that was quite a long discussion over an app. But if you are planning to buy a smartphone monitoring software, I hope many of your questions have been apprised by now. Remember that monitoring someone’s smartphone requires legal consent, especially when it comes to your employees. Failing to do so could lead to serious repercussions. On the other hand, most US states allow for smartphone monitoring of your minors without consent. It’s then only a discussion of what suits you more: your child’s privacy or their safety. On a personal note, transparency is very important, be it a workplace or your home.

What’s your take on smartphone monitoring? Let us know in the comments section below.