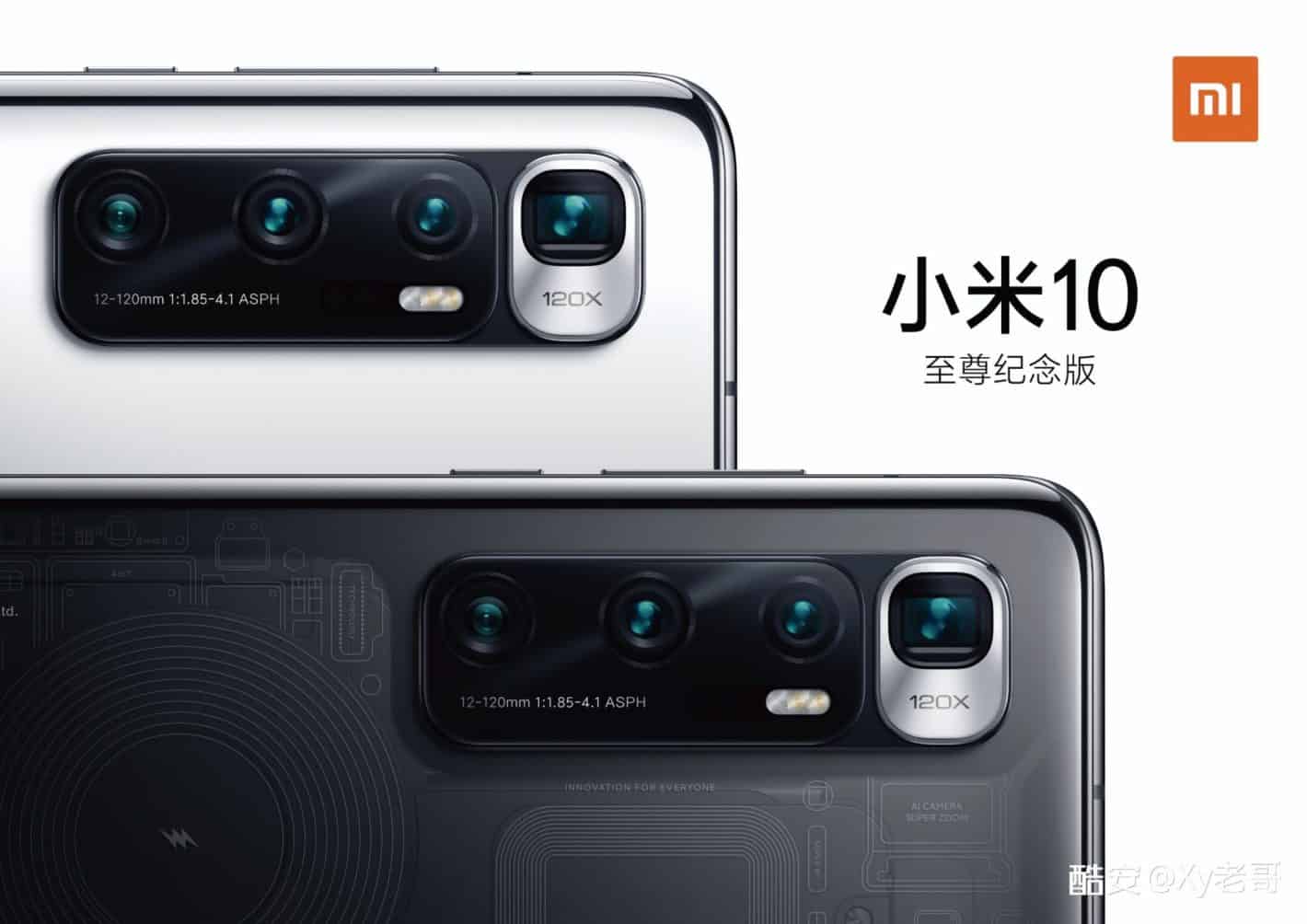 That device is expected to become official tomorrow. Tomorrow is Xiaomi’s 10th anniversary, and the company will announce this phone as part of the festivities. Plenty of discounts will probably be offered as well.

This phone may be called Mi 10 Pro Ultra or Mi 10 Ultra in the end, we’re still not sure. Rumors have been claiming ‘Mi 10 Pro Ultra’ will be its name, but the source of these images mentions ‘Mi 10 Ultra’. We’ll see.

In the provided images, in the gallery below this paragraph, you can see the back side of this phone. There are four images offered, in total, and one of them shows a retail box of the device.

You can clearly see the ‘120X’ zoom mentioned on the back of this device, on its camera module. That is a periscope camera, by the way, it’s highlighted by a different color (silver).

The rest of the phone’s cameras inside of that camera module have black color around them. Tha periscope camera is also separated in a way, from the rest of the cameras. There seems to be a triple LED flash included on the back as well.

Now, you’ll notice that there are two colors of this phone shown here. One of them is silver, the other one is black, but see-though. That will be the ‘Transparent’ edition of the phone, it seems.

The device may include an under-display camera

Unfortunately, we don’t really get to see the front side of the device here. This phone is also rumored to include an under-display camera, in case you were wondering.

If that ends up happening, the Xiaomi Mi 10 (Pro) Ultra will become the very first commercially-available smartphone with such a front camera setup.

Xiaomi and OPPO already demoed under-display camera tech, quite some time ago. Neither of the two smartphone OEMs released such a phone thus far, though. That’s why this phone is even more exciting.

That handset will probably be fueled by the Snapdragon 865 Plus SoC. Based on some exclusive information from 91mobiles, it will come in 8GB, 12GB RAM, and 16GB RAM variants.