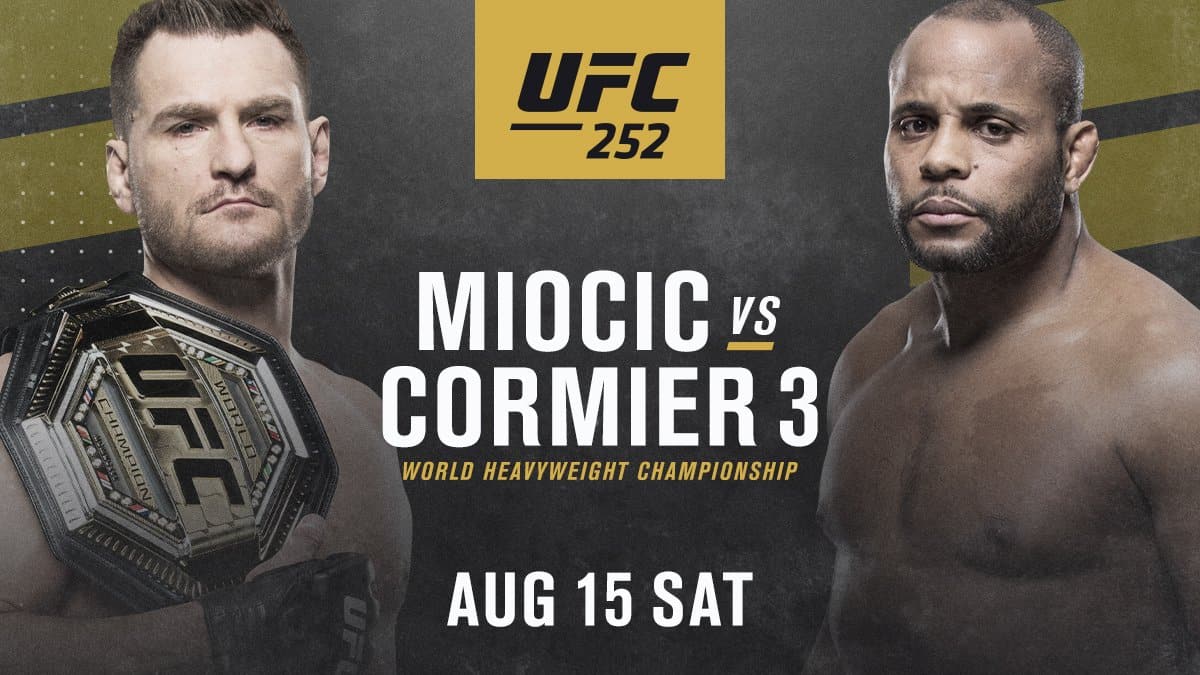 This Saturday, UFC 252 will be taking place at the UFC APEX center, as most of the previous PPVs and Fight Nights have during this pandemic.

In UFC 252, you'll see Moicic vs Cormier III. Which is one of the most hyped fights in quite some time.

So when does UFC 252 start? Well the early prelims will start at 6PM ET as it always does. That will be exclusive to ESPN+. The Prelims will be available on ESPN and ESPN+ starting at 8:15PM ET.

The main card will start at 10PM ET. And for those that specifically want to see Moicic vs Cormier III, that will start at 12AM ET. Meaning that this is going to be a pretty long PPV. Though the actual PPV starts at 10PM. So that the early prelims and prelims you can watch without paying for the PPV.

You can order UFC 252 by clicking here.