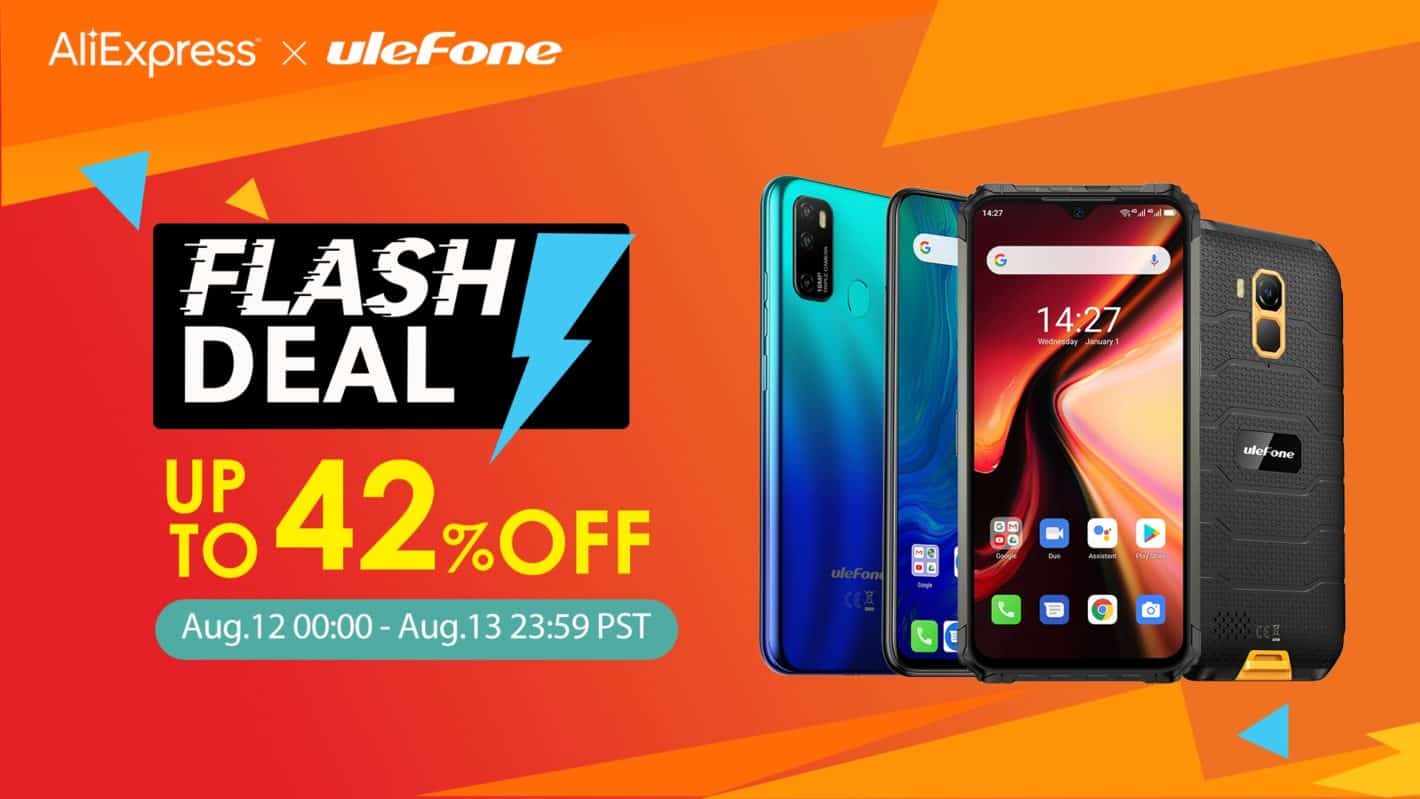 Ulefone has announced that its smartphones are now discounted by up to 42%. The company is hosting a time-limited sale on AliExpress. This sale started today, and will last tomorrow as well, but that’s it.

Top Ulefone smartphones are now discounted by up to 42%

Ulefone has discounted smartphones from three of its phone lineups, from the Armor, Power, and Note series devices. The company’s newer models are also included in this sale.

In its press release that it sent over, Ulefone listed five devices. The first device listed is the Ulefone Note 9P. That is the company’s budget smartphone offering, which includes a large 6.52-inch display.

The phone does include a waterdrop display notch, by the way. This phone is fueled by the Helio P22 SoC, by MediaTek, and it ships with Android 10 out of the box.

The phone sports 4GB of RAM, 64GB of storage, and a 4,500mAh battery. A 16-megapixel main camera sits on the back of the device, while a macro camera is included in this triple camera setup.

The phone also comes with a fingerprint scanner, while it supports facial scanning as well. This handset is now available for only $99.99, if you’re interested.

The Ulefone Armor X7 Pro is also a part of the promotion. This is yet another extremely affordable smartphone. It comes with Android 10, and it’s fueled by the MediaTek Helio A20 chip.

The phone includes 4GB of RAM and 32GB of storage. A 13-megapixel main camera sits on its back, while a 5-megapixel selfie camera is placed on the front. You’ll also find an NFC chip here.

This smartphone can be yours for only $89.99. It’s even more affordable than the Ulefone Note 9P, as you can see. It’s available from the link included below.

The Armor 7 flagship is also discounted

The flagship Ulefone Armor 7 is also available at a discount. This phone includes the Helio P90 SoC, 8GB of RAM and 128GB of storage, amongst other goodies. It’s currently priced at $289.99.

The Ulefone Armor 3WT is the company’s handset with a walkie-talkie functionality. That is also a rugged phone, and it is priced at $259.87 at the moment.

The big battery Ulefone Power 6 handset is available at a discount as well. This handset comes packing a huge battery on the inside, and it’s priced at only $119.99 now.