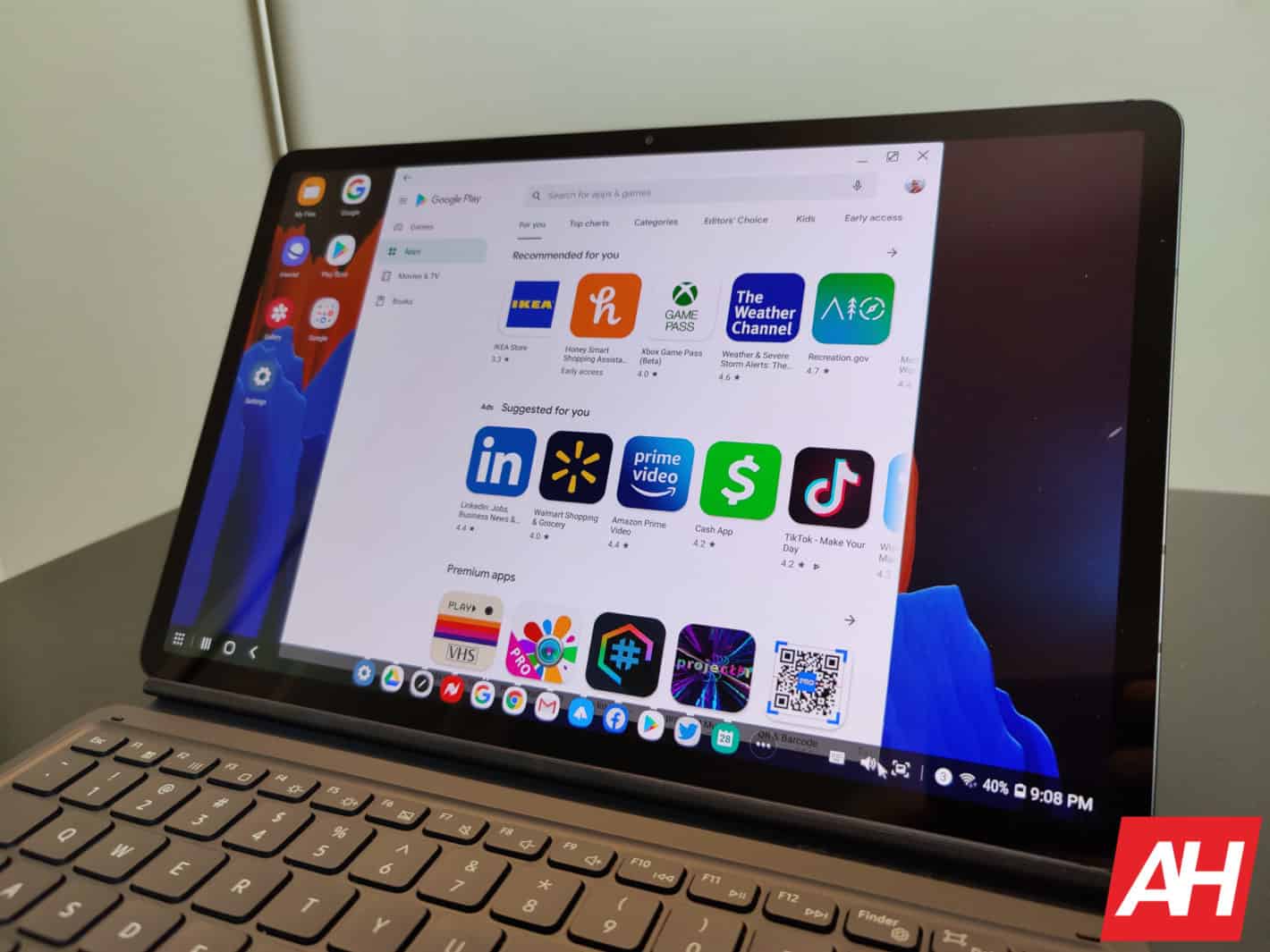 Market analysis indicates that the surprising increase in tablet sales is here to stay as reported by Smart House. During Q2 2020, tablet sales increased by around 20% across the board compared to last year's figures.

Analysts, largely put this down the impacts of the pandemic given that more people were working from home. Deals such as the Amazon Fire HD 8 Tablet now retaling at $59 also played a part in all of this.

The inference of this initial analyis was that this trend was likely to be a short lived one. When life goes back to normal and people are back in offices the thought was that demand for tablets would cease. However, this new analysis indicates a more longer-term shift in the demand for tablets.

Tablet boom to continue beyond pandemic

This market analysis suggest that the growth in tablet sales will continue for some time and form a wider part of the PC market. Ishan Dutt who is an analyst at Canalys says there are just too many upsides for tablets right now.

He said, "Tablets enjoyed a renaissance in Q2 2020 because the devices tick so many boxes for remote work and education use".

It is now fairly well established that we could be living with coronavirus for some time. If that is the case then the need for devices to support remote working will likely continue. Tablets fit the bill perfectly given their flexibility and low price point. 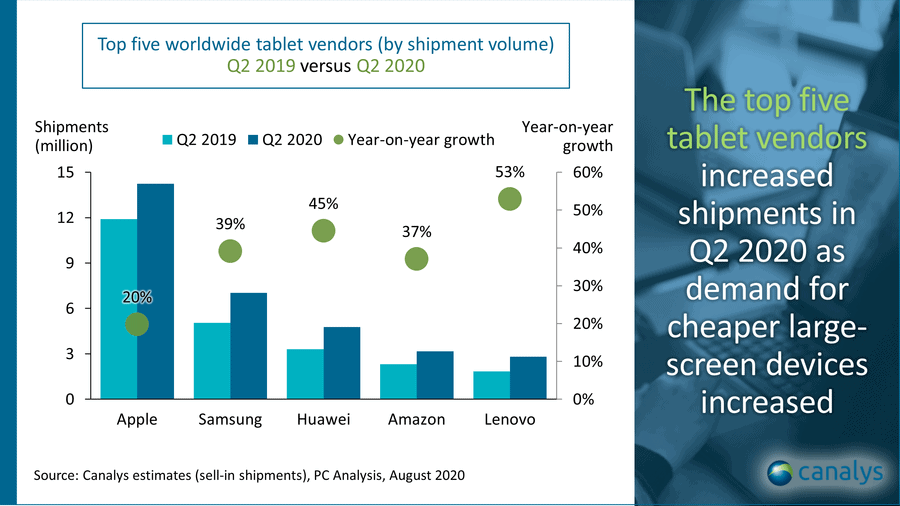 Coronavirus to cause continued demaned for tablets

Eric Smith, Director of Connected Computing has noted that the continued presence of coronavirus in key markets is likely to contine to demand for tablets.

He pointed out that "research shows certain workers and companies are getting used to remote work, it’s safe to say this won’t be a temporary change in demand".

He believes that the perception of tablets is now changing as well. Stating that "tablets have evolved from the simple entertainment slat of the boom years".

Smith belives that now tablets are seen as "devices more capable of handling work and school tasks". This has led to a broadening of choice "consumers and commercial clients face when upgrading or buying new devices for the new normal."

Companies displayed above in the graphic will now likely look to capitalize on the change in demand. As mentioned Amazon is offering a deal on some its tablets. Samsung revealed Galaxy Tab S7+ at its unpacked event. This new device could be key to capturing a new market for devices.

Other companies, such as Apple, Huawei and Lenovo will also look to be a part of this boom. The latter of the trio has also seen success with its detachable Chromebook Duet.

New trends and wishes of the consumer are likely to develope over the coming months when it comes to tablets. It could result in a shift in how the marekt is divided but time will tell. However, what does seem clear is that the demand for tablets is here to stay.