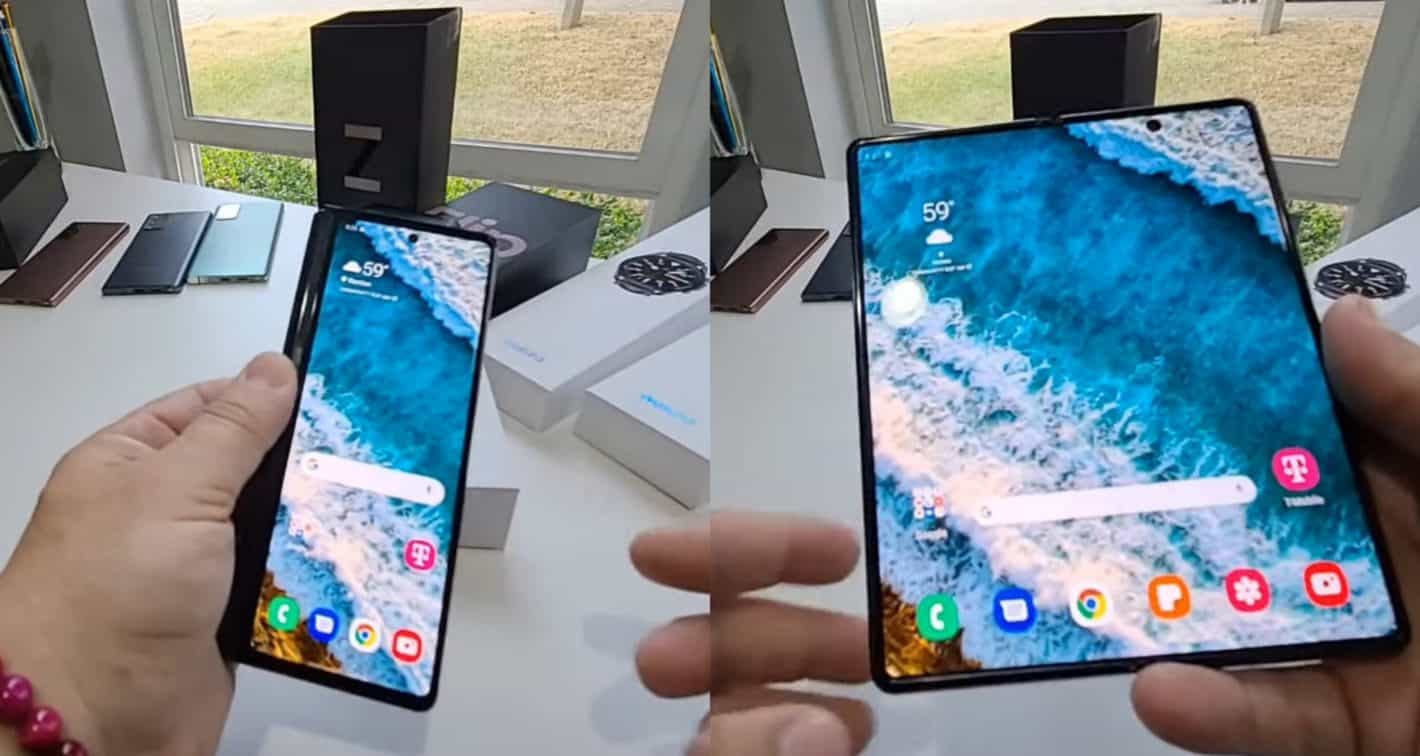 So, Samsung had announced quite a few new products at its recent Unpacked event. Well, all of those devices just got unboxed by T-Mobile, literally, all of them.

T-Mobile unboxed quite a few Samsung devices, including the Galaxy Z Fold 2

Samsung really went out of its way to announce a ton of devices this time around. The Galaxy Z Fold 2 and Galaxy Note 20 Ultra are arguably the most interesting ones. Different people are interested in different things, though.

In any case, this video has a duration of around 26 minutes, so there’s plenty of content for you to check out. If you’re interested in any of these devices, this unboxing video should give you a good idea as to what you can expect in terms of the design.

This is also one of the best looks at the Galaxy Z Fold 2 that we’ve seen thus far. Samsung did announce that foldable handset at Unpacked, but it gave out limited information.

The specs of this foldable smartphone have still not been confirmed

We still do not know the phone’s specs, nor do we have any availability information. The company will share more information at the beginning of September, though.

Therefore, if you’re interested in checking out its unboxing only, which is understandable, you’ll want to start the video at around 22:45 minutes.

There’s no denying it, this handset looks far better than its predecessor. Its outer display is no longer tiny, with huge bezels, not at all. You also won’t see that unseemly notch on the inner display. Samsung replaced all of that with display holes.

Samsung will almost certainly announce more availability information for the Galaxy Z Fold 2 at the beginning of September. It will also share the phone’s specifications at that time.

This will become the company’s third foldable smartphone, actually. It comes after the Galaxy Fold, and Galaxy Z Flip. It was announced alongside the Galaxy Z Flip 5G, a device that is also shown in this video.