The Sony Xperia 5 II has just surfaced online, offering you a very first look at the device. The phone surfaced in what seems to be an official render, showing both the phone’s front, back, and right sides.

This render comes from Evan Blass aka @evleaks, a well-known tipster who shared it via his Patreon account. This phone seems to be rocking a color which combines blue and green, it’s kind of greenish, but not really.

Now, this phone does resemble its predecessor, the Xperia 5, that’s for sure. It seems to be made out of metal and glass, while it does have some bezels above and below the display.

Thanks to that bezel, you won’t have to deal with display holes or notches. The phone’s front-facing camera is placed inside the top bezel here.

Speaking of cameras, there seem to be three of them on the back of the phone, along with an additional sensor, and an LED flash. ZEISS branding is visible on the back, meaning that ZEISS optics are included.

Those three cameras are vertically aligned on this phone, and placed in the top-left corner of the phone’s back. An NFC logo is present on the back as well, confirming NFC support. You’ll also notice both Sony and Xperia brandings back there.

This phone features a flat display, but it has a curved glass on top of that display. That is probably the best combination out there, or at least the combination most users prefer. Accidental touches can be an issue on a curved display, and they probably won’t be on this phone.

Another thing you’ll notice here are the button on the right. It seems like all the physical keys will be placed on the right-hand side of this phone, even though we don’t get to see its left side here.

The device will offer a side-facing fingerprint scanner, and a physical camera shutter

This image also confirms that the fingerprint scanner will sit on the right as well, while the phone will offer a physical camera shutter. That camera shutter is once again placed at the bottom of the phone’s right side.

We’re still not sure what specs to expect, but based on the specs of its predecessor, this phone could include the Snapdragon 865 SoC. The Xperia 5 offered the Snapdragon 855 last year.

Android 10 will come pre-installed on the device, while we’re expecting a fullHD+ OLED display to be included. That display will hopefully offer high refresh rate, even though the display on its predecessor did not. 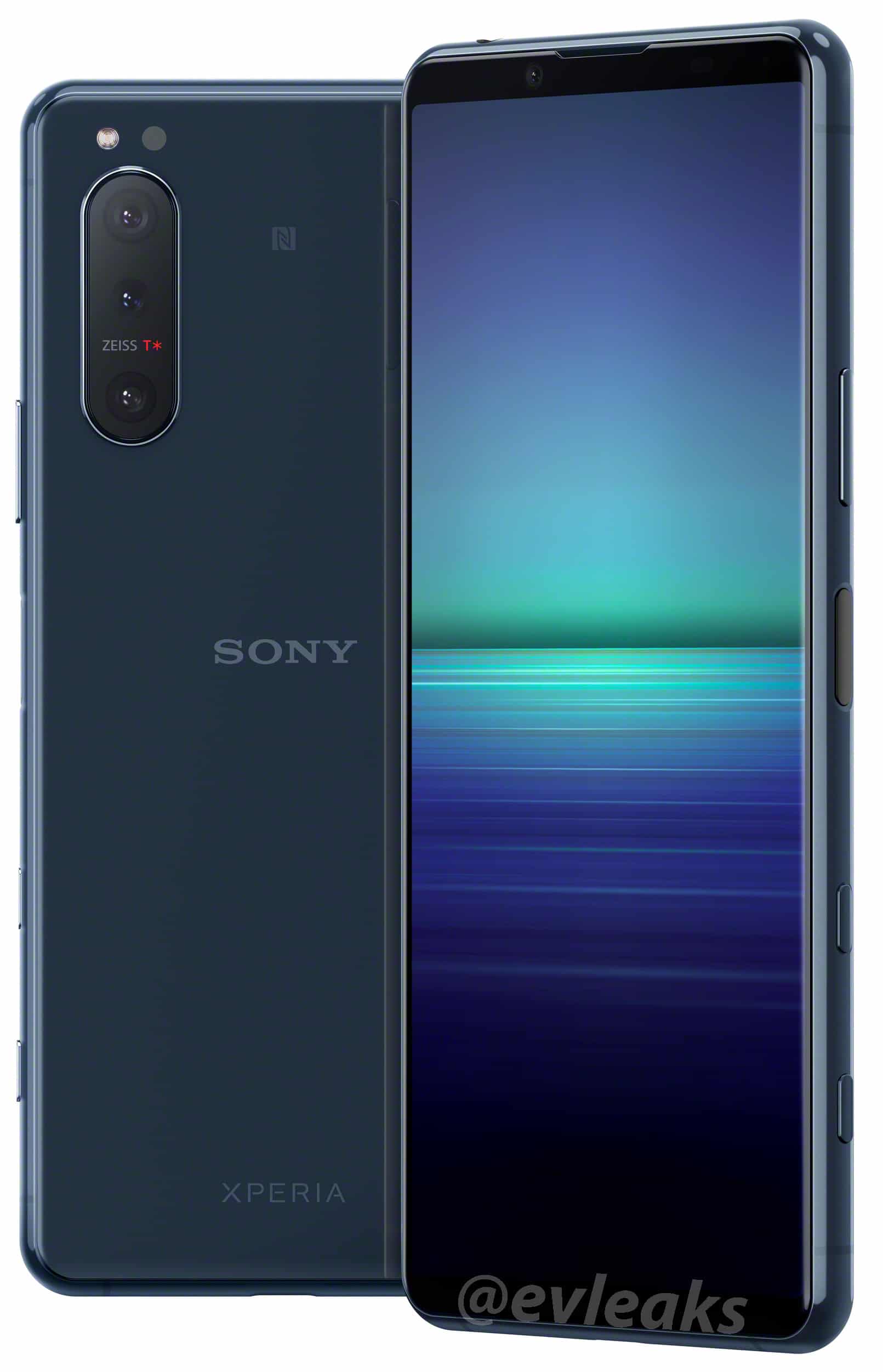