Taiwan (210.2 Mbps) and Australia (215.7 Mbps) are the only other two countries with average 5G download speeds exceeding the 200 Mbps mark. Netherlands, Germany, the UK, Hong Kong, Switzerland, Kuwait, and Canada, all offer better 5G download speeds than the US. The report compares 5G users' experience across 12 of the world's leading 5G markets and the US comes last. 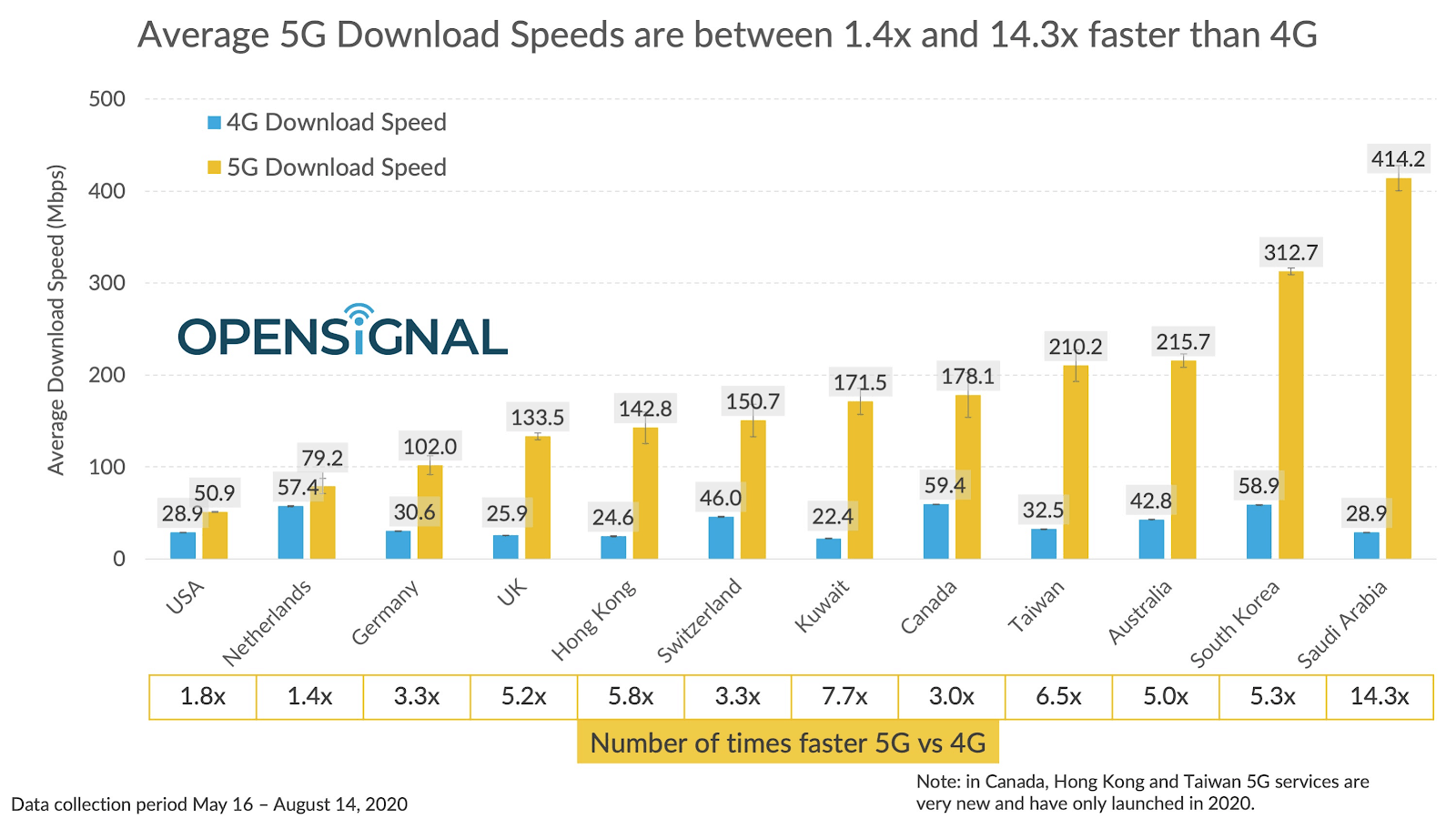 The US has the slowest average 5G download speed

Since 5G networks don't yet cover the entirety of any of the 12 countries, 5G users are still connecting to 4G networks a majority of the time. The US jumps one position up when it comes to the overall download experience of 5G users, combining both 4G, and 5G networks. 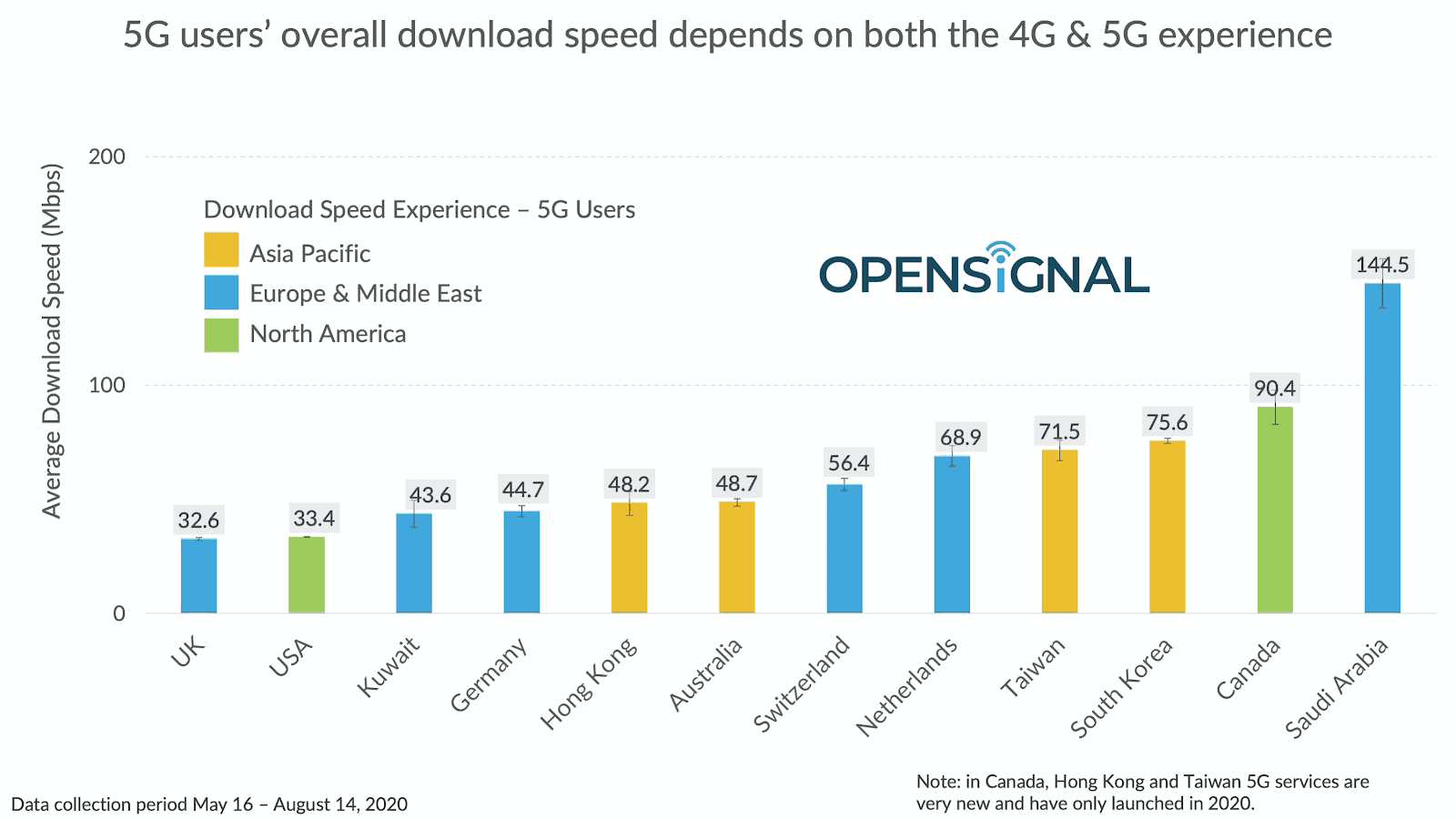 In terms of 5G coverage though, the US sits in a respectable position in the upper half of the table. According to the report, users in the US are connecting to 5G networks 19.3 percent of the time. South Korea (20.7 percent), Hong Kong (26.1 percent), Kuwait (29.1 percent), and Saudi Arabia (34.4 percent) are the four countries with a better 5G coverage than the US.

The UK has the worst 5G coverage of the 12 countries. Users in the country are connecting to 5G networks only 4.5 percent of the time. Opensignal notes that smaller geographies like Kuwait or Hong Kong have an advantage over large countries in 5G coverage. 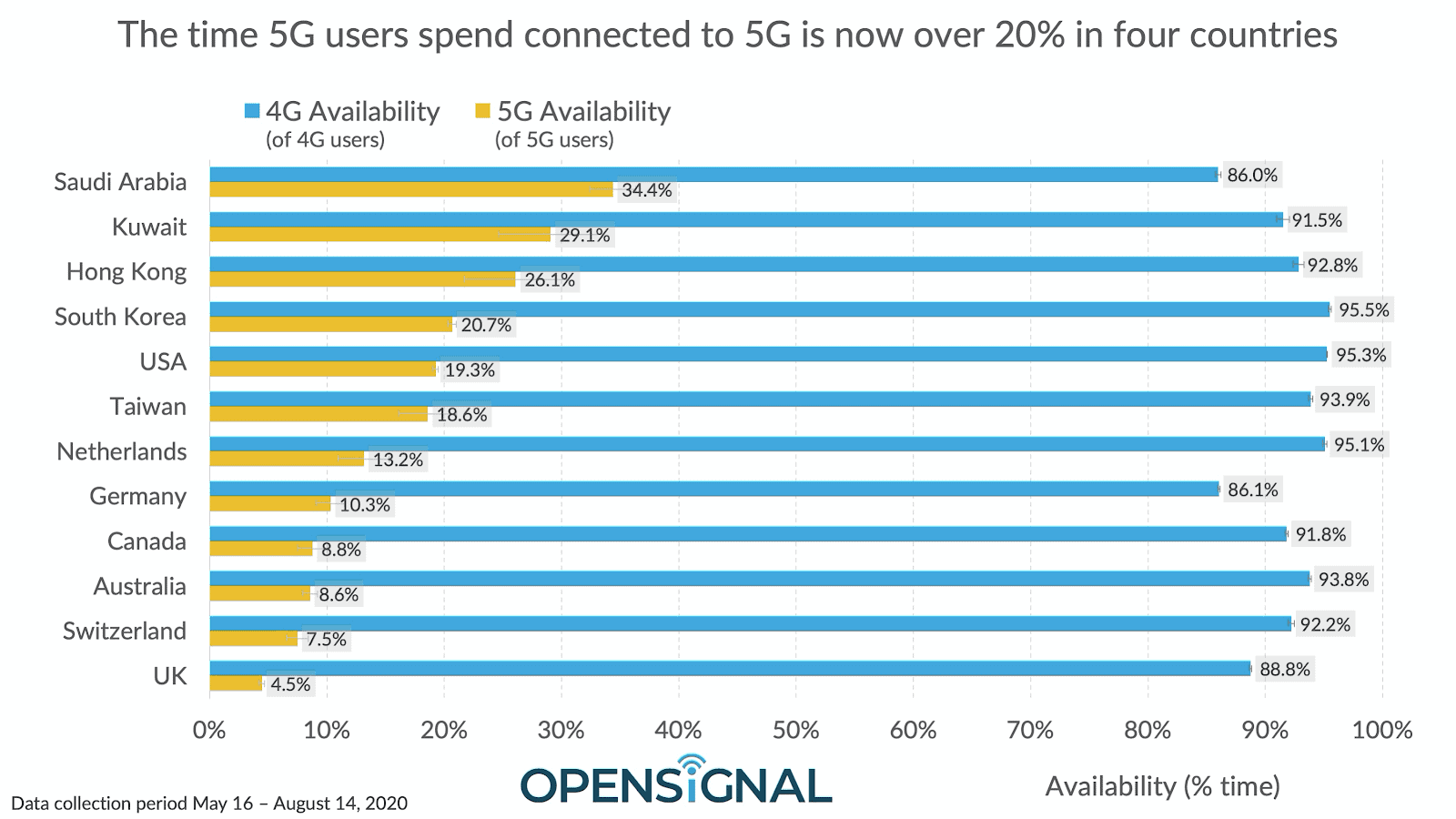 The poor average 5G download speed in the US is due to the fact that major American carriers have deployed their networks in the low-band spectrum. T-Mobile’s 600MHz and AT&T’s 850MHz 5G networks are hardly any faster than 4G networks. Only Verizon began 5G rollout using the high-frequency mmWave technology.

The average 5G download speed of 494.7 Mbps on Verizon's network is the highest ever reported by Opensignel. However, mmWave technology offers very poor coverage. And that's one of the reasons why every other country except the US is using the 3.5GHz mid-band spectrum as the main 5G band. This brings a balance between coverage and speed.

That said, we are still in the early stages of a 5G era. Things will continue to change as more countries flip the switch on commercial 5G networks in the coming months and years.

Advertisement
Trusted By Millions
Independent, Expert Android News You Can Trust, Since 2010
Publishing More Android Than Anyone Else
21
Today
52
This Week
52
This Month
1343
This Year
111449
All Time
Advertisement