Samsung hasn't shared much about the Galaxy Z Fold 2 officially and this includes the price, but the UK website seems to have its own plans because it just leaked the cost.

Something which Samsung was no doubt going to announce formally during the company's second part of Unpacked. While Unpacked on August 5 did tease the Galaxy Z Fold 2, there was little information about actual details that consumers want to know about.

All of that information will be forthcoming though. This morning Samsung began sending out invites to Unpacked part 2, which happens on September 1. This event should include the price for the Galaxy Z Fold 2, including the UK pricing.

Earlier this morning a leaked price for the phone in Europe surfaced. It does appear to be coming in at a less expensive cost than the original Galaxy Fold.

But the cost still isn't cheap. That is if these prices are accurate. While it could have been argued that they were just rumors, Samsung UK's official (perhaps accidental?) leak unofficially confirms that the prices were likely right.

In the UK the Galaxy Z Fold 2 will cost £1,799. There's only one model and it comes with 256GB of storage. And you can choose from Mystic Bronze or Mystic Black for your color options. It seems that Samsung is also giving away four free months of YouTube Premium to those that buy the phone.

That offer also lasts until December 31. So regardless of when the phone is actually released for public purchase outside of pre-orders, this particular promotion will last until the end of this year.

Further evidence that the cost in the US is likely $1,799

The earlier leak about the European pricing mentions that the cost in the US could be $1,799.

Now that the UK cost will be just that in the equivalent of its own currency, chances are Samsung will sell the phone in the US for the previously speculated cost. Uniformity and all.

In the UK, Samsung will also allow people to pay for the phone in installments of £45.54 per month. Assuming the consumer is qualified to break up the cost in monthly payments. In the end, this is going to be an expensive phone no matter how you look at it.

Even if it is less expensive than before, it'll still be much more than most consumers are looking to pay. Especially now. 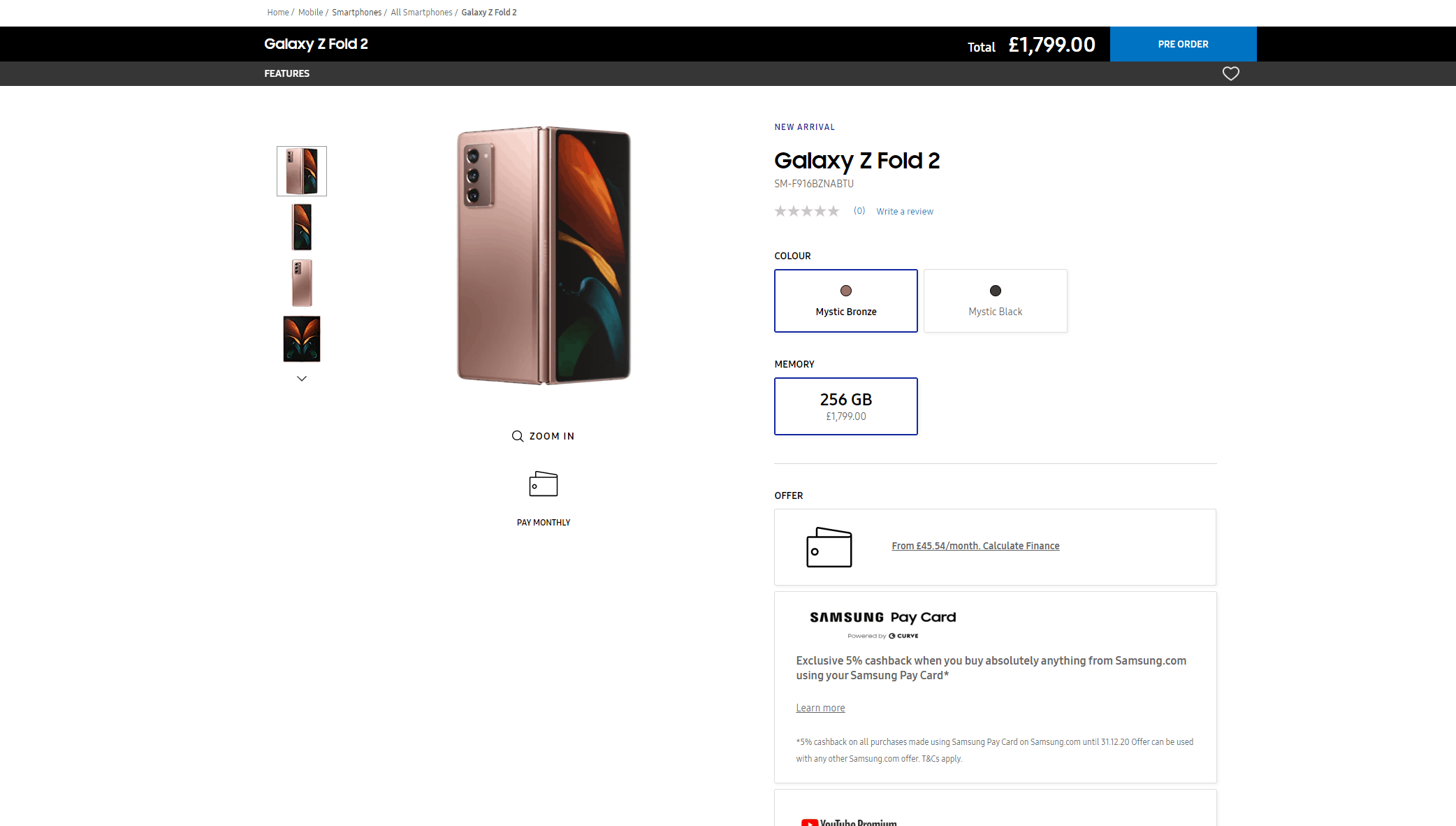