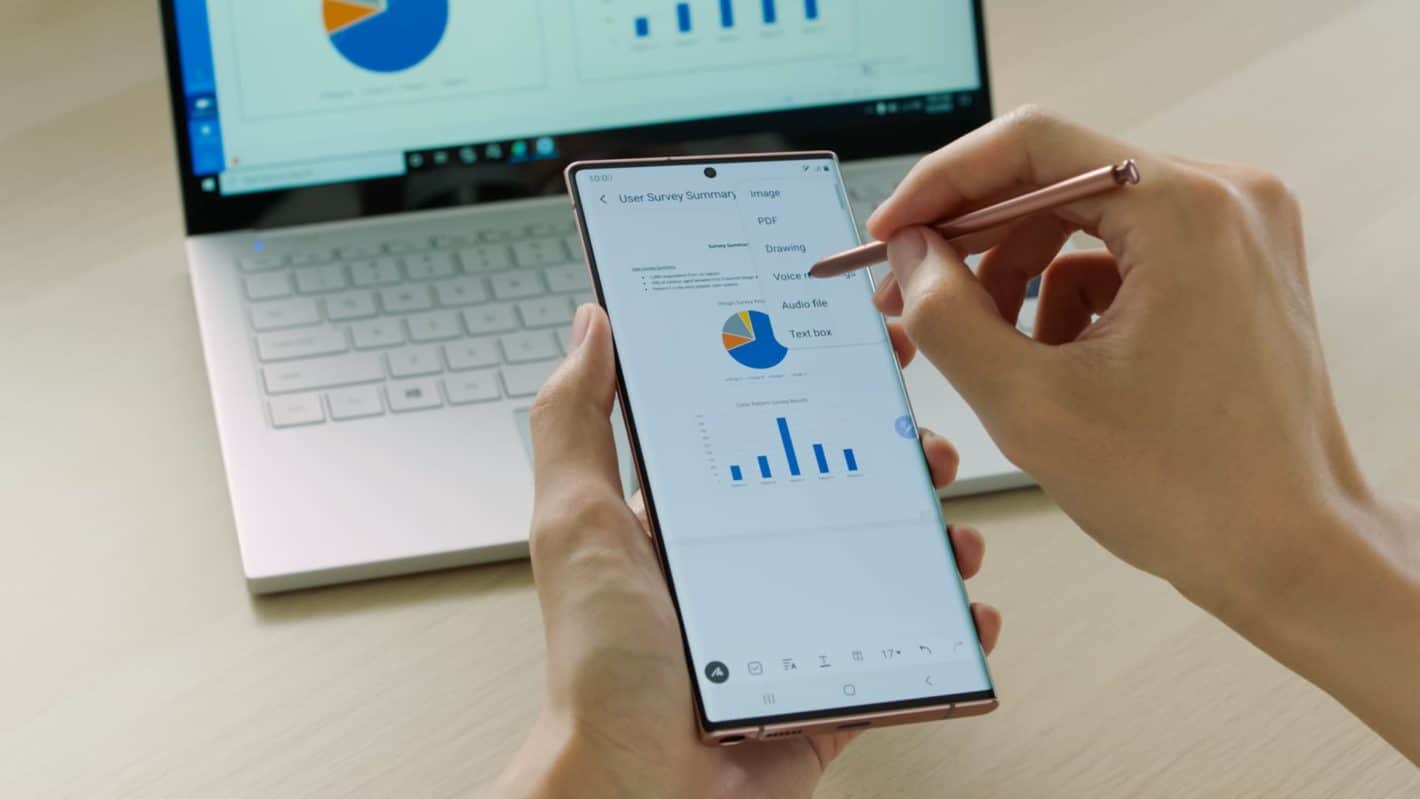 Another big announcement from Samsung's Unpacked 2020 event today was the introduction of a plethora of changes via a feature update for Samsung Notes. Landing just in time for two new S Pen-packing device families — the Samsung Galaxy Note 20 and Galaxy Tab S7 series — the app is about to get a whole lot more useful.

Summarily, what these changes to Samsung Notes do is improve the app's interconnectivity and flexibility. For instance, Notes is now capable of syncing in real-time for notes. That's not just across Samsung devices or devices where Samsung Notes is installed either. Thanks to a renewed partnership between Samsung and Microsoft, that's also possible across Outlook and OneNote.

In fact, on Windows 10 PCs, messaging, notifications, photos, and mirroring will all be possible with these devices. Complete with shortcuts for those experiences and apps directly on the PC.

Later on this year, Samsung plans to allow multiple apps to run side-by-side on Windows in conjunction with that synchronization. And the Samsung Notes app is a big part of that. As is the ability to immediately access apps across platforms, complete with improved drag-and-drop functionality.

The partnership and deep integration will allow syncing with Reminders, To Do, and Teams as well. But that's not all Samsung has changed for Notes.

So what else does the Samsung Notes app bring to the table now?

Perhaps most appropriately, Samsung kicks off those changes by completely re-organizing how saved media in Notes is accessed. Now, everything has been moved to a nested file structure in the overflow menu. And that's not all that different from how nested file management works on a PC. The folders and pages are customizable. So no files ever need to get lost again.

Samsung has also tacked in PDF Annotation, auto-straighten, and more. For instance, the AI behind handwriting recognition has been improved so that users can get the most out of the S Pen on both the Samsung Galaxy S20 series and the new Galaxy Tab S7 series.

On top of all of that, Samsung now allows time-stamped voice recordings to be synced with notes. That means it's now possible to easily take notes while also recording, for example, a lecture. Then users can review both forms of media to better understand the context of what they wrote. The feature remembers that information so that a user only needs to tap on a word in their notes to return to that portion of the audio recording.

Will older devices get in on the action?

These changes included with this update are explicitly geared toward the newest devices from Samsung as part of its Notes app. But that doesn't mean that none of the features will make their way to older devices. The company hasn't said either way at this point. More details will likely come forward after Galaxy Unpacked 2020 has concluded.