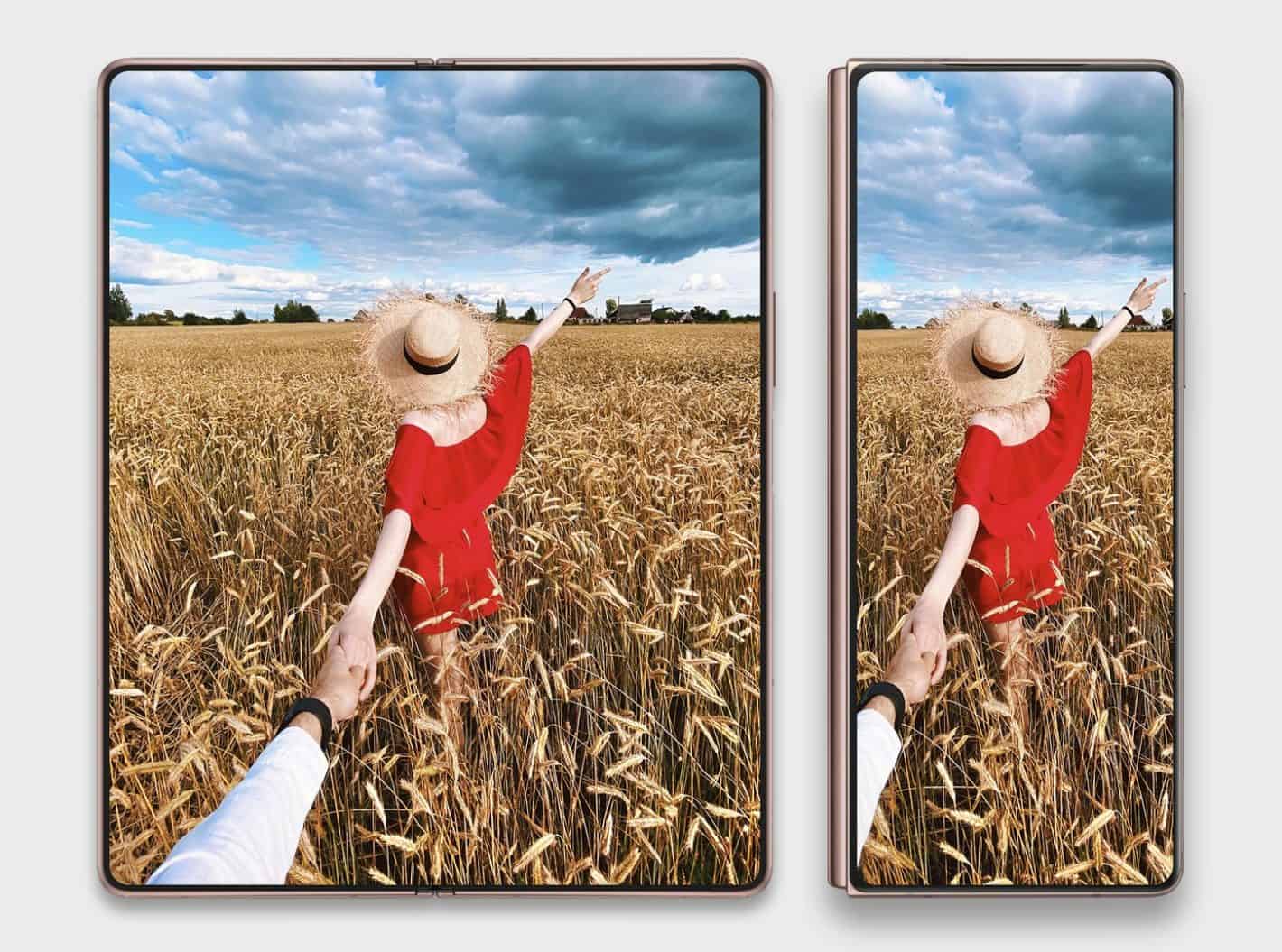 The Samsung Galaxy Z Fold 2 is right around the corner. The device is expected to launch on August 5, and while we wait for that, the very first Galaxy Z Fold 3 concept has already surfaced.

This concept comes from Ben Geskin, a well-known smartphone concept creator. While we wait for the second-gen Fold 2 to arrive, the Galaxy Z Fold 3 concept already makes us drool over the next iteration.

The Galaxy Z Fold 2 is expected to come with a far more appealing design than the original Galaxy Fold. The phone will offer much thinner bezels on the outer display. It also won’t ship with a huge notch on the inner display.

Ben Geskin really went out of his way to design a more or less perfect-looking foldable smartphone. It remains to be seen if that design will even be possible next year, but we can always dream.

This concept phone features under-display cameras, says the designer. That technology is already available, kind of, as Visionox started mass producing its solution for it.

Such tech is expected to become a standard in 2021 or 2022, though. So, the Galaxy Z Fold 3, or its successor, are expected to offer it, thus hiding front-facing cameras… on both displays.

This concept smartphone has razor-thin bezels on both its inner and outer displays. The back of the device is not shown here, though.

The Galaxy Z Fold 3 is still far, far away, but it’s always nice to see such designs. The Z Fold 2, on the other hand, is closer than ever, and it will make a lot of tech enthusiasts happy.

In the design department, it will be a considerable improvement over the predecessor. Not only will it look better, but it is expected to sport a better hinge design, and UTG (Ultra Thin Glass) display.

The phone will still have a plastic layer on its inner display, though. That will make it more scratch-prone than regular smartphones, but that display will be hidden most of the time anyway.

The Galaxy Z Fold 2 will not be cheap, though. The device is rumored to cost around $2,000, though it may fall right under that price tag. Foldable smartphones are still novelty products, so such price tags are not surprising.