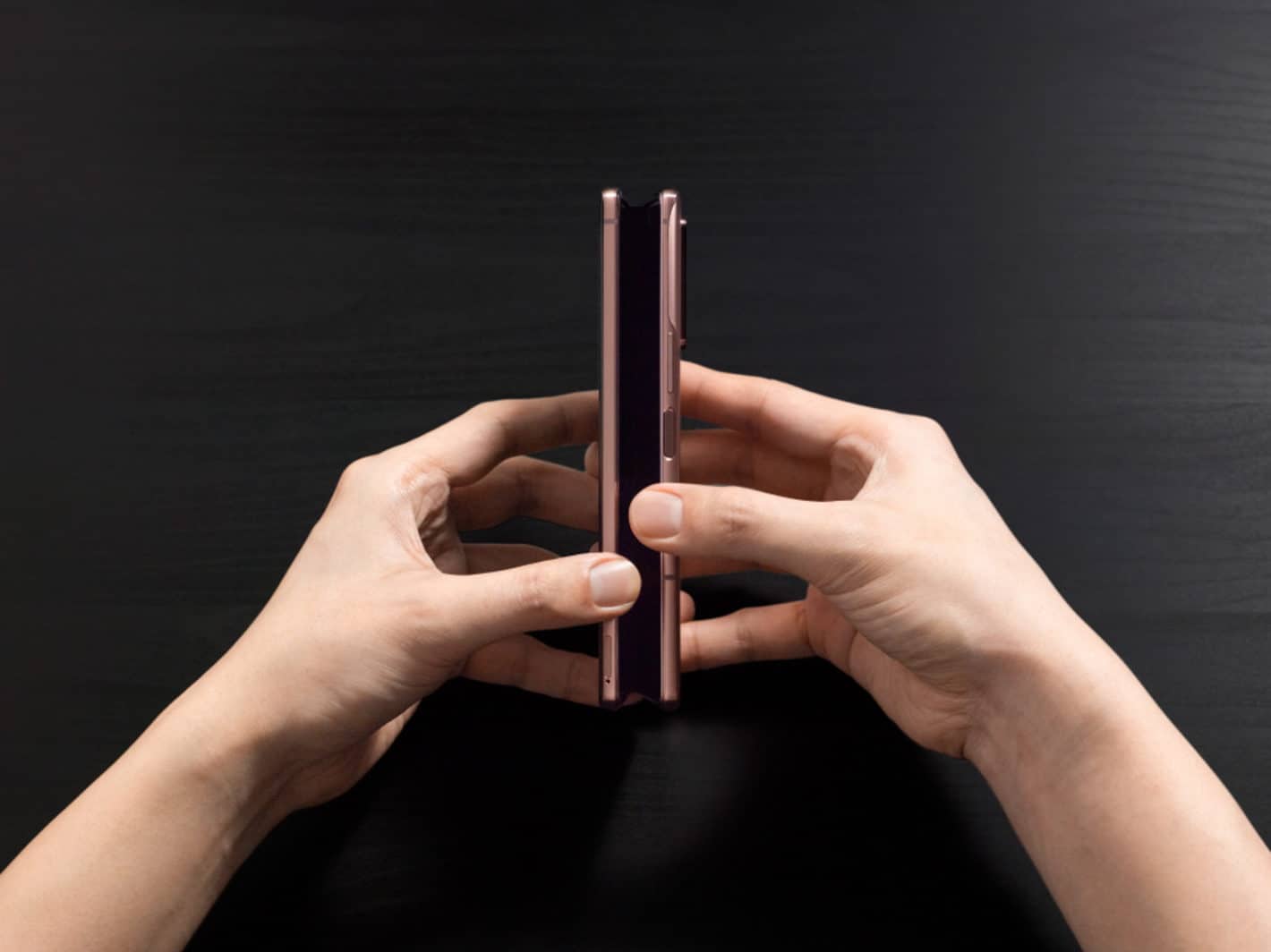 Samsung’s Galaxy Z Fold 2, teased at today’s Galaxy Unpacked 2020 event, brings a small but meaningful change in its hinge. Summarily, the company has improved and repurposed the hinges internal brushes, reports surrounding the change indicate. The primary change here, Samsung says, is that it’s been shortened by as much as 25-percent. But it’s also been repurposed entirely.

More importantly, Samsung says that the new brush in the Samsung Galaxy Z Fold 2 hinge isn’t meant to necessarily block dust. At least not entirely. That’s a notable change from the brush’s purpose and design in the original Galaxy Z Fold or the Galaxy Z Flip. In both of those cases, Samsung described the purpose as keeping dust out.

Instead, Samsung re-engineered the design to actively clean dust out of the hinge. The company hasn’t revealed exactly how that will work in the upcoming device. Or exactly what has changed. But, in all likeliness, that means that the brush will passively sweep any accumulated dust away from the hinge. And presumably, that will be swept toward any openings in the design so that it doesn’t just amass inside anyway.

The cleaning process will probably — tentatively — happen every time a user folds or unfolds the phone.

Improvements to the hinge arguably aren’t going to be as cool a feature as a dedicated pen stylus would have been. That doesn’t mean this change won’t have any impact at all. Samsung has yet to fully detail the changes, let alone the device. But one of the biggest problems with this gadget’s predecessor was the hinge.

Not only was that not dust-proof, despite that the purported purpose of the previous brush was to keep dust out. It also didn’t necessarily do an awesome job of that, based on easily-discoverable reports about issues that caused. The improvement should, in turn, result in a longer life for the device. And that’s setting aside the possibility of a thinner device, allowed by the shortening of the brushes themselves.