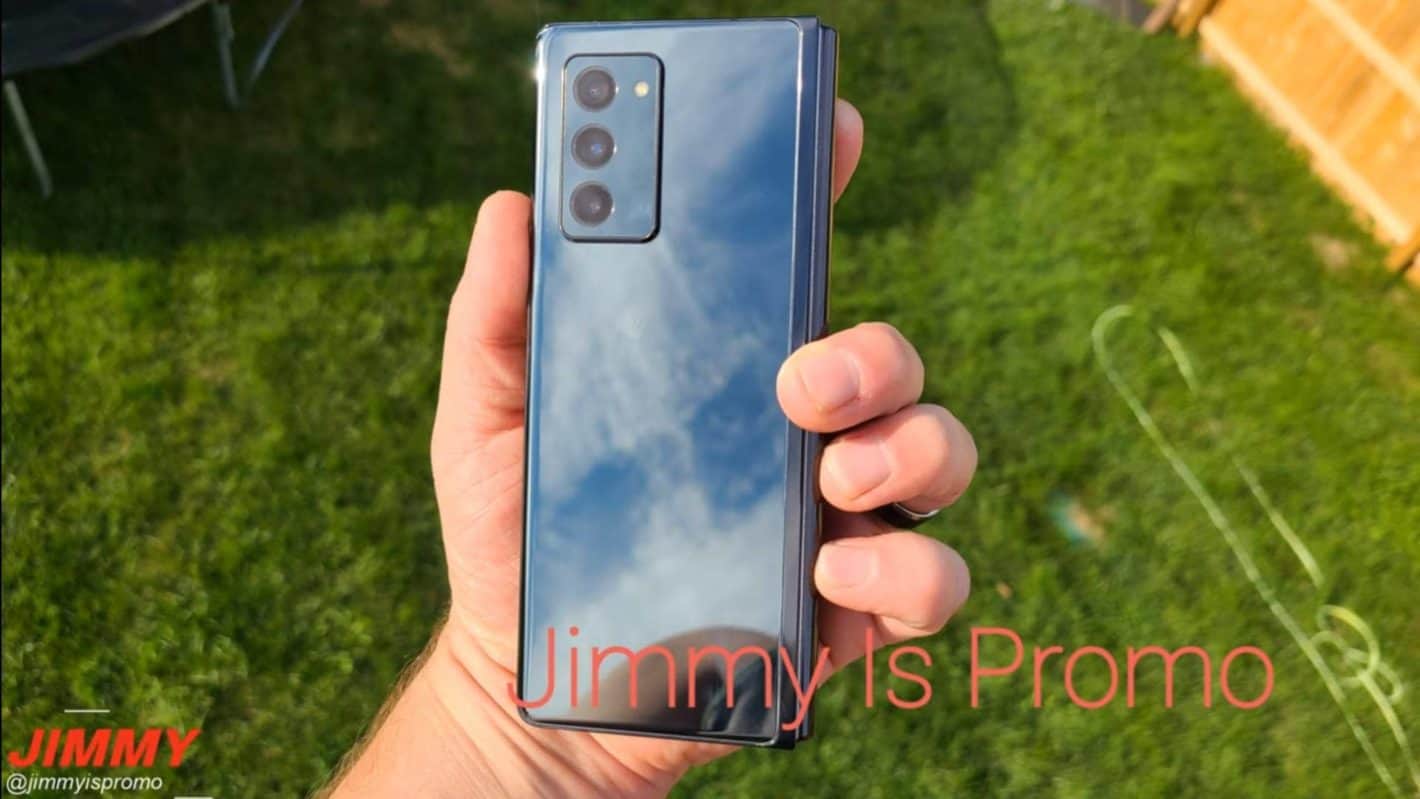 Samsung's Galaxy Z Fold 2 has been given yet another hands-on look, this time from popular YouTuber Jimmy is Promo. This time around, the hands-on lets the device speak for itself. The presenter shows the gadget from every angle, primarily in still shots but with some short clips tossed in. So viewers get a complete look at the dual stereo speakers, USB-C port, and the gap that's present when the device is closed.

Highlighted in Mystic Black rather than the company's brand new Mystic Bronze coloration, the video also shows angles not typically seen. Or at least not typically seen in promotional footage. Namely, the backside of the handset when it's been unfolded.

Any other new details in the video?

Samsung hasn't fully unveiled the specs for this particular device. So it comes as no surprise that there aren't many new details about the Samsung Galaxy Z Fold 2 in this hands-on video either. But that doesn't mean that there aren't any at all.

First, via the hands-on alone, it's clear that Samsung has shortened the gap at the hinge when the device is closed. That's likely to do with changes the company has made to the internal mechanisms on the hinge.

The weight of the device has also been outed in this hands-on spot. And, as it turns out, the gadget isn't all that heavy. At least not compared to the Samsung Galaxy S20 Ultra.

Samsung Galaxy Z Fold 2 is official but not fully announced

Now, Samsung effectively took the wraps off of its upcoming Galaxy Z Fold 2 at its Unpacked 2020 event back on August 5. But it didn't really have a lot to say about this gadget at the event. So the specs, pricing, and availability details are still not known in an official capacity. When it does arrive, it will be sold at all major carriers.