In addition to launching the Galaxy Note 20 series, and some other hardware, Samsung also announced its flagship tablets today. We’ve already covered the initial launch of the Galaxy Tab S7 and Tab S7+, and now we’re here to take a closer look at their specifications.

These two tablets have quite a bit in common, but they’re not exactly identical in this regard, of course. That being said, we’ll first talk about the specs that are the same, and then more to see what are the differences here.

Do note that the Snapdragon 865 Plus is included in the US and China, while the Exynos 990 will fuel these tablets in Europe and India. The SoC selection will be market-dependent, and that is something we’re used to when it comes to Samsung. 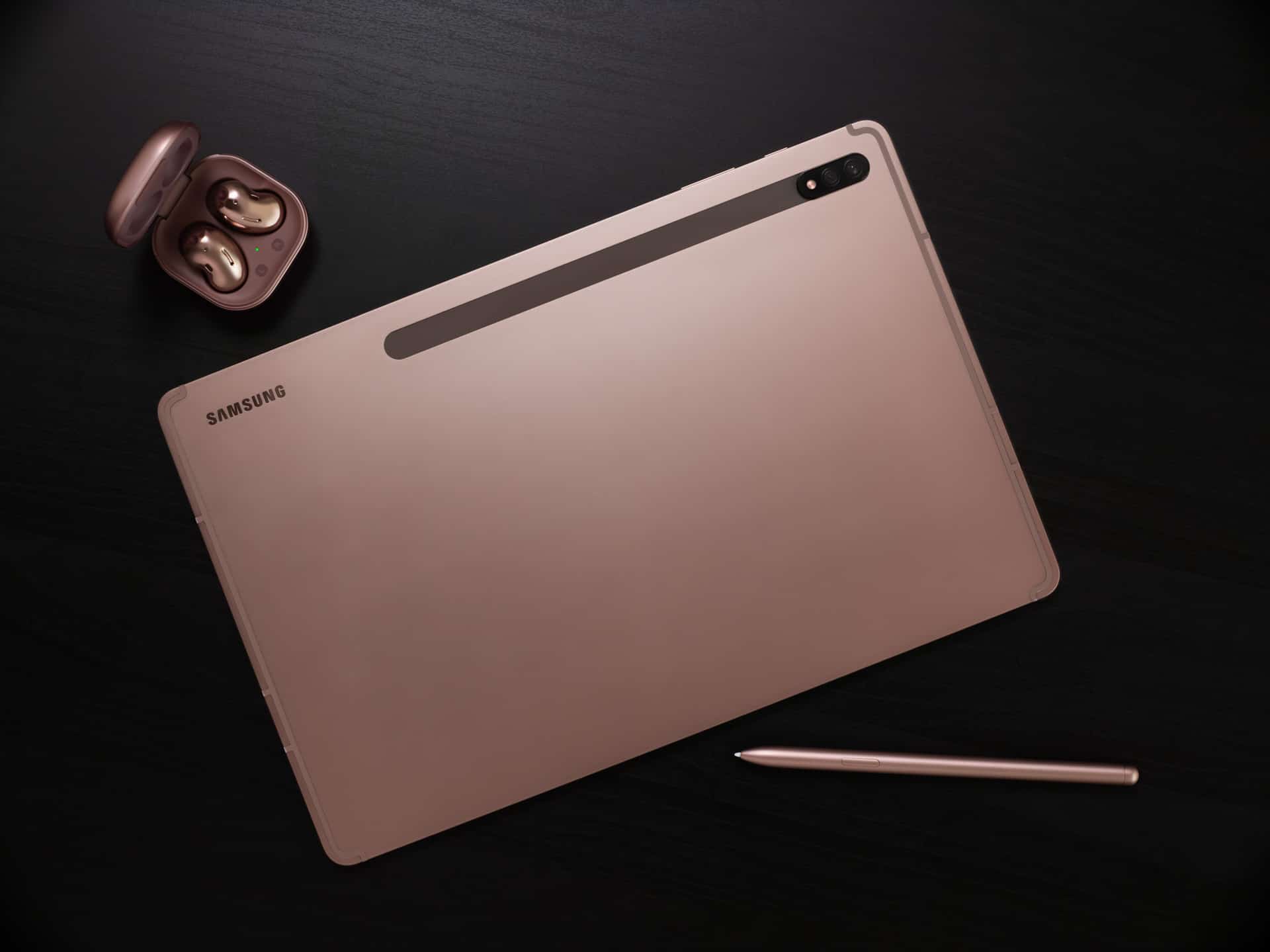 Android 10 comes pre-installed on both of these tablets, while both of them come with Samsung’s software on top of Android. Both devices include a quad speaker setup. Those speakers are tuned by AKG, while Dolby Atmos support is included.

These two devices also have the same camera setups. Both include two cameras on the back, and one on the front. 13 and 5-megapixel units are located on the back (main + ultrawide), while an 8-megapixel camera can be found on the front.

A Type-C USB 3.2 port is included at the bottom of both tablets. Both of them pack in Bluetooth 5.0, and support 5G. Availability may vary by market, though, as both Wi-Fi only and 5G / LTE variants will become available.

Both of these tablets also come with an S Pen stylus. That is pretty much everything they have in common when it comes to their spec sheets. There are quite a few differences as well. So, let’s start with the Galaxy Tab S7, shall we.

The base model includes an inferior display, different fingerprint scanner

The Galaxy Tab S7 includes a side-facing fingerprint scanner, and an 8,000mAh battery. The device supports 45W fast wired charging, by the way, so you should be able to replenish that battery really fast.

The 'Plus' model offers a better, and larger display

The ‘Plus’ variant comes with an in-display fingerprint scanner, not a side-facing one. It also includes a larger battery than its sibling, a 10,090mAh unit, which also supports 45W fast wired charging.